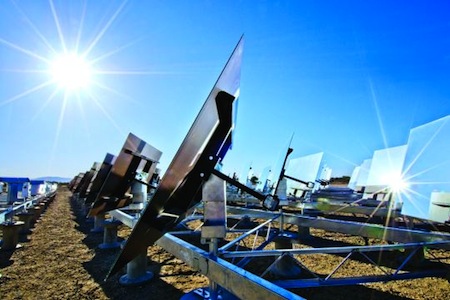 At the national level America’s environmental movement is in a period of befuddlement. Not exactly a giant mope. But with the big issue of the day — how to gain ground on reducing carbon emissions linked to global warming — the policy and campaign staffs of the big national groups are tagging along as political momentum to deal with climate emmissions is stalled at best, or shifting to reverse.

In Tianjin this month progress was measured in diplomatic centimeters. In the U.S., almost every Republican running for governor or national office is campaigning on a platform that insists the scientific evidence for climate change is specious.

The regional and local wings of the movement, though, display no such confusion. While their national colleagues push hard for limits on climate emissions and m0re clean energy investment, local groups in dozens of states are pushing back with active civic campaigns to block those very same clean technologies. Though there are exceptions, dozens of big clean energy and renewable projects — solar, wind, geothermal, biofuels, biomass, and transmission lines — are encountering protests, lawsuits, and popular opposition led by environmental groups.

More evidence was documented earlier this month in the New York Times in an article by Felicity Barringer. In the hours after Interior Secretary Ken Salazar approved a new solar thermal power plant on federal land in California’s Imperial Valley, local greens announced they would step up their opposition. Felicity, a Times colleague of mine in the 1980s and 1990s, reported that Basin and Range Watch, a regional environmental group concerned about the Sonoran and Mojave deserts said this about the plant:  “The project will scrape 10 square miles of habitat for flat-tailed horned lizards, burrowing owls, Pensinsular bighorn sheep and rare plants. Hundreds of cultural sites will be destroyed.” The group’s Web site says it supports renewable energy, but only in certain places.”

Todd Woody reported in Yale Environment 360 last February on local green group influence in Senator Dianne Feinstein’s proposal to secure a large chunk of the Mojave as a preserve in order to block new solar development.

Nick Cain reported in Circle of Blue in August on how big solar thermal power plants were inviting opposition from the Sierra Club because of how much land they needed for operations.

And here on Mode Shift, I’ve reported on the gathering opposition at the grassroots to big and small clean energy plants including solar. My interest was stirred by the fierce opposition to a high-tech biomass plant proposed by Traverse City Light and Power, a local northern Michigan utility that asked me to help develop a public engagement campaign in support of generating 30 percent renewable energy by 2020. Green opponents, armed with the same kind of fear and anti-science hysteria that characterizes Tea Party campaigning, stopped the plant and the 30 by 2020 goal cold. The default position: more coal.

The Unsound Science of Infrasound “Threat”