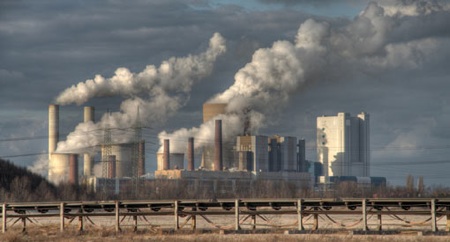 Eartha Jane Melzer, one of the reporters in Michigan whose work merits close attention, posted a piece a week ago on Michigan Messenger that described the legal work the Sierra Club and the Natural Resources Defense Council are doing to block a big new coal-fired power plant in Bay City.

Here is one of the important events associated with the transition to the clean energy economy. On one hand environmental organizations are pursuing legal suits and other actions in and out of Michigan to block new coal-fired utilities. More than 100 new coal-fired plant proposals have been halted, according to the Sierra Club. Last year at the Democratic National Convention I had a chance to speak to Carl Pope, then the Club’s executive director. He confirmed my sense that the Beyond Coal campaign was the most successful grassroots organizing project in the Sierra Club’s 118-year history.

That’s a good thing for the planet and the advent of the transition away from polluting, expensive, and obsolete fossil fuel.

On the other hand citizen groups, NIMBY’s, and other local advocates have joined with a number of grassroots environmental organizations around the nation, including one in Traverse City, and are seeking to block important clean and renewable alternatives. I’ve been writing about the grassroots push back here on Mode Shift. I became interested — full disclosure — after Traverse City Light & Power asked me to help them design and execute a public information and engagement program to enable citizens to help choose an appropriate renewable energy path.

I’ve found that all of the clean energy alternatives are under pressure — wind, solar, geothermal, transmission lines, and biomass here in Michigan. Even efforts to improve energy efficiency are having a hard time being implemented in communities. The WSJ wrote a piece about that earlier this year from Boulder, Colo.

For the moment and the foreseeable future utilities in Michigan and the Midwest have five choices to supply baseload energy — the kind that runs 24/7, 365, which is not yet available with wind and solar. They have coal, natural gas, oil, nuclear, and wood biomass.

In almost every case in which alternatives are under challenge, Traverse City included, the default position for utilities is more coal or more natural gas. Efficiency and conservation gets you part of the way to a solution, but only part of the way. Power is still needed for families and businesses and industry.

The Traverse City utility has bought wind, bought landfill gas, investigated solar, and proposes to build a state of the art, clean-burning (much cleaner than coal), efficient combined heat and power, right-scaled (10 mw), home-grown (fits the region’s move to local foods, local regional land use and transportation plan), gasification wood biomass plant fueled by waste wood from Michigan’s timber and forest industry. It would employ 20 to manage the plant and 20 involved in supplying fuel. Among the array of available alternatives to Michigan’s coal-fired power plants, a state-of-the-art plant that burns wood at small scale seems to me to be a prudent way to proceed.

I recognize this is tough stuff. In my career as a grassroots environmental advocate, and founder and former executive director of the Michigan Land Use Institute, when we got in the way of a Wal-Mart (Charlevoix, early 2000s,) the region retained a wetland and an intact downtown business center. When we replaced bypasses in Petoskey and Traverse City, we got back intact wild rivers, forests, and land use and transportation plans designed to foster more compact and prosperous communities. When we helped kill proposals to drill for natural gas and oil along the Lake Michigan and Lake Huron shorelines, we preserved some of the most beautiful beaches in the world.

Straightening The Noodles at Clinton Global Initiative, Plus Jolie-Pitt

One thought on “Blocking Wood Biomass, Blocking Coal in Michigan — Does it Make Sense?”