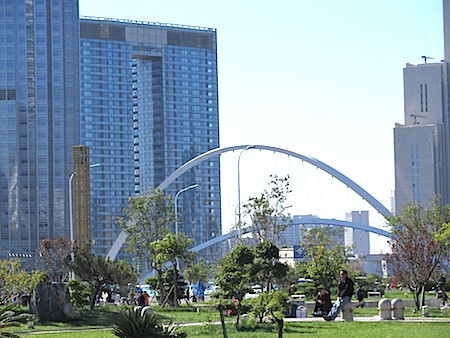 TIANJIN, China — On Monday, two days after the UNFCCC climate conference ended after six days of grudging negotiation, the sky above this busy city turned blue, the sun appeared for the first time in a week, and Tianjin’s angled skyline, not visible previously in the thick smog, appeared like a gleaming glass and steel mountain range.

The beautiful warm day not only brought a fresh focus to just how earnest China is in building cities of the future, it also helped to clarify the outcomes of this nation’s first global climate gathering.

From the speeding bullet train that brought participants from Beijing to this city’s spotless train station, to the state-of-the art electric buses that transported them to and from the brilliant marble and glass conference center, to the advanced coal-fired power plant and lithium ion auto batteries being built within city boundaries, China is as serious as any nation in adding clean energy and energy efficient tools to its economic development strategy.

The second big lesson of these intercessional talks is that a good portion of China’s work in the clean energy economy is occurring in close cooperation with either the American government or American companies.

Beneath Bickering, Real Progress
So while China and the United States continued the diplomatic bickering over commitments each was making to limit climate-changing emissions, and how to measure progress, the story on the street is that both nations are kind of walking hand in hand toward the same goal.

But one partner seems more ready than the other to take the lead. The big difference, made plain last week here, is that China’s leadership has developed the world’s largest markets for wind and solar power and appears committed to the clean energy enterprise. Meanwhile the staying power of the United States has been weakened by the opposition party’s conviction that climate change is a myth, and its avowed goal to roll back federal investment in solar, wind, clean car, rail, and other clean energy initiatives advanced by the Obama administration.

Christiana Figueres, the UNFCCC executive secretary, considered all of these competing trends and accurately declared the Tianjin conference a step forward. Negotiators completed a draft text to submit to the annual global climate summit that begins late next month in Cancun that, she said, defines “what is doable in Cancun and what will be left after Cancun.”

In the artful language of global negotiations that means negotiators here managed to push ahead a bit to resolve issues related to forest conservation, technology transfer, and financing for developing countries that could eventually lead to a global climate agreement.

Work Party Is Global Success
In the other big global climate story, tens of thousands of citizens from over 180 countries gathered in a giant global work party on Sunday to mark the second annual international demonstration for climate action. Days before the work party, which was organized by an alliance of groups, the White House announced it was installing new solar panels on the roof, the result of a concerted campaign to do so by Bill McKibben, the writer and 350.org leader.

One of the largest demonstrations occurred in Beijing where 30,000 students from 200 Chinese universities used the Global Work Party for a national call for climate solutions, marking the biggest show of youth environmental action in China’s history, said Paul Horsman, a leader of Tcktcktck.

“How do you say ‘thank you’ 7,347 times?” asked McKibben in a message sent to supporters. “People got to work yesterday in at least that many places around the world — the planet has never seen anything quite that widespread. Or quite that beautiful.” 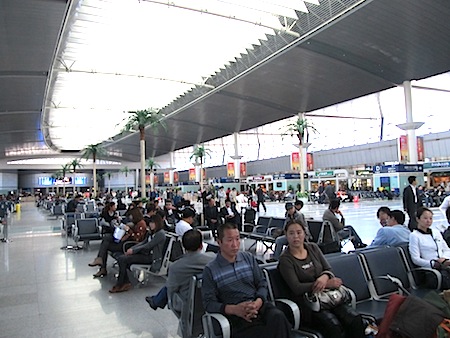 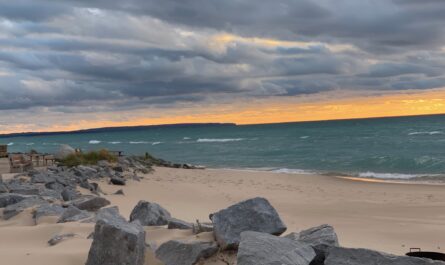 How Crucial Was 2022 Election? Thank You Sane America

3 thoughts on “Why Can’t U.S. and China Just Get Along in Tianjin? Answer Is They Are”