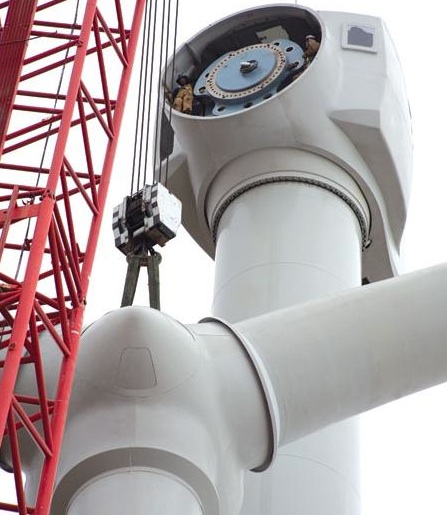 The US Chamber of Commerce and many of its state-based affiliates, including the Michigan Chamber of Commerce, are nests of ideological movement conservatives devoted to all manner of influential key words that have shaped how states and Washington view their duties to mother nature. The Chamber has promoted such concepts as “free-market environmentalism” — which means allowing market trends to strip the earth — and “sound science,” which is a euphemism for ignoring science-based fact whenever possible.

Last summer the Chamber came under fire for what Pete Altman of the Natural Resources Defense Council called “its obstructionist stance on clean energy and climate legislation.” A number of the Chamber’s highest profile members broke with the organization and Greenpeace in December called the Chamber a “global warming crime scene.”

“No one objects to a fair and timely process whereby projects are examined and the affected communities can be heard,” wrote Thomas J. Donahue, the Chamber’s president and chief executive, in an op-ed last year in the Washington Examiner that accompanied the launch of Project No Project. “But reasonableness and common sense must carry the day. The  simple truth is that it takes too long to build almost anything in our country today—even  clean, green, and renewable energy resources that create jobs, enhance our energy security, and improve our environment. It’s time for change.”

This week, Interior Secretary Ken Salazar awarded federal approval to the Cape Wind project off the coast of Massachusetts after nine years of review and public confrontation that included fierce opposition from the Kennedy family and Robert F. Kennedy Jr., a senior attorney at the Natural Resources Defense Council. Local environmental groups also aligned with Indian tribes in fighting the project. And yesterday the leaders of those organizations said they would pursue their work in the courts.

Cape Wind exposed a fault line in the environmental community that threatens to become the most important schism in the history of the modern American environmental movement. The NRDC, Greenpeace, the Conservation Law Foundation, and a number of other prominent state, regional, and national environmental organizations supported the project.

The same green vs. green trend is emerging in other projects and across the clean energy and climate realm. On the one hand, major environmental organizations are pushing hard in Washington and in states to secure more funding for renewable energy projects, and for regulation and statutes that cut emissions of climate changing gases.

On the other hand local organizations are using every veto tool in the opposition playbook to kill clean energy projects. In a growing number of instances they’ve succeeded in producing long delays that threaten projects. In other cases, clean energy developers confronting public  resistance have walked away.

Outside Magazine just published a very good piece on grassroots opposition to clean energy projects that includes telling quotes from leaders of both sides. “Renewable-energy developers are running headlong into half a century of very successful environmentalist opposition to large energy projects,” said Randy Udall, an energy analyst in Colorado and a member of the greenest political family in America.

He also told the magazine, “The notion that if we just cover rooftops, we can leave the deserts alone, that we don’t need new wind farms, and don’t need to build new transmission lines—that doesn’t pass the mathematical sniff test.What I say to these people is: Buy a calculator. Run the numbers. We’re going to have to scale up renewable energy in a way we can hardly imagine.”

Developers are more than aware of civic resistance to their projects and its source. “Local opposition to proposed wind farms arises because some people perceive that the development will change what they are used to,” write executives of the Wind Capital Group, a developer of Midwest wind farms that is based in St. Louis. “It is true that a large wind farm can be a significant change, but while some people express concern about the effect wind turbines have on the beauty of our landscape, others see them as elegant and beautiful, or as symbols of a better, less polluted future. The visual effect of wind farms is a subjective issue, but most of the criticisms made about wind energy today are exaggerated or untrue and simply reflect attempts by particular groups to discredit the technology, worry local communities and turn them against proposed projects. In the electronic age, myths and misinformation about wind power spread at lightning speed.”