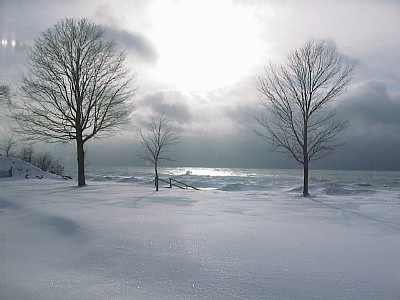 The Michigan Land Use Institute this week posted a strong report, and a rich archive of supporting material, that raises important questions about the credibility of assertions that “infrasound” generated by utility-scale wind turbines produces dangerous health consequences. The article, by MLUI managing editor Jim Dulzo, a former colleague and a journalist who knows his way around complex issues, notes that opponents of big wind farms, including the 112-turbine, $360 million project proposed for Benzie and Manistee counties here in northwest Michigan, have embraced the unproven thesis to stop wind development in their regions.

Dulzo writes, “Two local groups opposed to the project, Citizens for Responsible Wind Development and the Arcadia Wind Study Group, base their push for mile-plus setbacks on a self-published book by New York pediatrician Nina Pierpont. She claims her “natural experiment” shows that wind turbine infrasound causes serious health problems, and that mile-plus setbacks are necessary. Wind opponents nationwide now routinely use her claim to push for big, project-killing setbacks.

“Dr. Pierpont’s theory, however, has little research other than her own to back it up, even though she has been promoting it aggressively since at least 2005. In the past 13 months, her infrasound-based “wind turbine syndrome” theory has drawn strong criticism from two panels of acoustic scientists and medical doctors who formally investigated it. And a 40-year infrasound research veteran is urging policy makers to ignore unfounded worries about low-frequency sound and, instead, concentrate on protecting people from sounds they can actually hear.”

The annals of environmental dispute in America, of course, are rich in the narrative of hyperbole, fear, and irony. Years ago one of the most prominent environmental leaders in the United States urged me to curtail my reporting on new evidence showing that dioxin, a byproduct of chemical combustion, was much less dangerous to people than previously thought. He argued that trace levels of the compound could cause high levels of human cancers and other maladies, and that such reporting would stir government to loosen regulatory standards. He made his case while lighting a tobacco pipe and inhaling deeply.

Mixing fear with scientific bombast, though, has now become the toxic tactical brew of choice for opponents of renewable and clean energy development here in northern Michigan. Early last year, during my three-month stint as a communications consultant, Traverse City Light and Power’s proposal to build a clean, high-tech, 10mw wood biomass gasification plant was defeated by an opposition campaign based on fear and ginned up science. Essentially, said opponents, the plant would use so much wood as to “slaughter” the forests.  And its particulate emissions, though controlled by state-of-the-art equipment, would generate innumerable respiratory illnesses, said critics.

Neither assertion was true. The Grand Traverse region, mind you, is so rich in wood fuel that a good number of those same opponents burn wood to heat their homes in stoves and furnaces with no pollution or particulate control at all. Nevertheless, the TCLP biomass plant was seen by opponents as tantamount to constructing a nerve gas factory in the center of town.

Jeff Smith, the respected editor of Traverse Magazine, wrote a careful evaluation of the disappointing episode in the November 2010 issue that describes his own dismay with the tactics and the outcome. “Maybe you are thinking the business community did this because they feared higher power rates from a naively ambitious but costly green energy plan,” Smith writes. “Not so. The people driving the ballot initiatives and the people whose opposition killed the 30 by 20 goal view themselves as environmentalists, and what raised their ire was that TCLP wanted to build, or at least seriously evaluate building, a wood gasification power plant—wood being a renewable energy source.”

Citizens concerned about industrial development have every right to express themselves and to debate the merits and risks of big projects. The four Benzie and Manistee townships that are the targets of Duke Power’s big wind proposal unfold across a landscape of forests, orchards, clean streams, and Great Lakes vistas (see pix above) unrivaled in Michigan and the Midwest. The wind towers Duke wants to spread across 12,000 to 16,000 acres would establish a new and visually dominant industrial corridor along U.S. 31 at the southern entrance to Benzie County, and northern entrance to Manistee.

A good number of people — some summer folks, others retirees and long-time residents — very clearly see a phalanx of wind towers as the geography of abomination, a threat to property values, and a wicked insult to the little towns and the woods and fields that surround them. Others view the new electrical generating zone as an income producer, a statement of modernization and change, a curtain-raiser for a new era of clean power for the region, state, and nation. What the wind turbines clearly won’t do, as Jim Dulzo’s article reports, is produce infrasound that jeopardizes human health.

3 thoughts on “The Unsound Science of Infrasound “Threat””