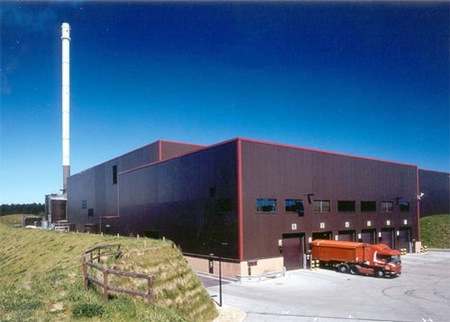 After six months of evaluation, a Massachusetts research center said yesterday that the greenhouse gas-reducing benefits of replacing coal and natural gas with wood biomass for electrical generation are lower than previously thought.

But the study by the Manomet Center for Conservation Science also found that specific wood biomass technologies, particularly state-of-the art wood biomass plants that generate combined heat and power, produce less than half of the CO2 emissions generated by a coal-fired power plant and 19 percent less than a plant fueled by natural gas.

The 180-plus page report, “Biomass Sustainability and Carbon Policy Study,” was commissioned by the Massachusetts Department of Energy Resources. In its most important finding, the study’s authors concluded that the use of sustainably harvested forest biomass in conventional plants to replace coal would actually increase carbon dioxide emissions 3 percent over coal-fired power by 2050.

“These findings have broad implications for clean energy and the environment in Massachusetts and beyond,” said Massachusetts Secretary of Energy and Environmental Affairs Ian Bowles, in a statement. “Biomass energy can be renewable over the long term and it has benefits in independence from imported fossil fuels. But now that we know that electricity from biomass harvested from New England forests is not ‘carbon neutral’ in a timeframe that makes sense given our legal mandate to cut greenhouse gas emissions, we need to re-evaluate our incentives for biomass.”

The Manomet research could significantly influence the alternative energy policies in other timber-rich states hoping to advance wood biomass to replace coal, the dirtiest fuel of all. The study could also sway the investment decisions that utilities are making to meet the renewable energy requirements established by 35 states and whether wood biomass plants make sense for lowering carbon emissions and making the transition from fossil fuel.

That question is very much in play in my home state of Michigan. Full disclosure: Earlier this year I assisted Traverse City Light and Power develop a communications and public engagement program for its plan to develop 30 percent of its energy from local renewable resources by 2020. One facet of the utility’s plan included generating part of its power from a state-of-the art, combined heat and power, 10 mw wood gasification biomass plant.

Biomass Splits Communities
That proposal split the Traverse region’s environmental community, with a group of advocates asserting, among other things, that the carbon emissions from the new biomass plant were too high. The Manomet Center study provides the first scientifically-qualified evidence this year that carbon emissions from the proposed combined heat and power plant would be much lower than coal, and nearly 20 percent lower than a natural gas fired plant. Traverse City Light and Power continues to pursue its plan to construct a combined heat and power 10 mw wood biomass plant in or near the city of 15,000 along the northern shore of Lake Michigan.

The Manomet study was praised by activists who’ve been fighting to halt biomass energy proposals in four Massachusetts cities, and criticized by biomass energy  executives, who disputed some of the assumptions behind the findings.

“They’re making a fundamental assumption that is not correct,” said Bob Cleaves, president and CEO of the Biomass Power Association, in reference to the Manomet study. “I think they missed the point that the overwhelming feedstock for biomass projects in the country is tops and limbs from the forest products industry, rice hulls, orchard prunings, all byproducts of another process.”

He added: “To issue a study like was done yesterday and baldly assert that biomass is less carbon friendly than coal is flatly misleading, irresponsible and not an accurate portrayal of our industry.”

EPA Wants to Regulate Biomass Plants
The conclusions reached by the Manomet Center about carbon emissions from biomass are consistent with findings of other research groups in recent months, and were anticipated by the U.S. Environmental Protection Agency. In May, the EPA issued a “tailoring rule” that described how it would use the Clean Air Act to regulate carbon dioxide and five other greenhouse gases. The agency said it would not exempt carbon emissions from biomass plants, a decision that the biomass industry is vigorously disputing.

Until very recently scientists concluded that the cycle of tree growth-harvest-combustion-and replanting would produced what they called a “zero emissions factor” for carbon dioxide because carbon released during combustion would be absorbed by growing new trees for fuel.

The Manomet researchers concluded that burning wood biomass in conventional plants would indeed produce an emissions bonus, but it would take 21 years to develop when using wood biomass to replace coal as a fuel source. That same 21 years, the Manomet researchers noted, is the time scientists say the world needs to act to significantly reduce carbon emissions to prevent the the worst effects of climate change.

As the scientific community tilts toward viewing wood biomass as a riskier clean energy alternative, it is not yet clear what the consequences will be for replacing fossil fuels to generate electricity globally. Last year, the Renewable Energy Policy Network for the 21st Century (REN21) reported that 52 gigawatts of biomass power capacity existed worldwide, about evenly split between developed and developing countries. The European Union and United States accounted for 15 GW and eight GW of this capacity, respectively.