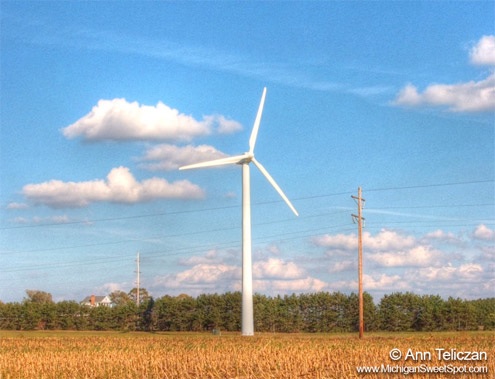 Quick. Who said this? A leader of the Tea Party or an extremist environmentalist?

“You make a tragic mistake characterizing the new grassroots environmental movement blossoming in the resistance to the horrific idea of burning the life on planet earth whether it be trees, whales or crops for fuel  as “blowback.” Unless you mean blowback to the corporate funded environmental movement and their paid lobbyists, marketers, and “experts.” The public clearly understands the physics of burning and energy and knows that burning trees as green energy is folly and that little boutique biomass burners to allow small groups of elites to maintain the illusion they have “renewable” energy–while some players collect thousands even millions behind the scenes–is essentially a sin.

“The experts YOU trot out clearly provide data that says that burning our forests could never even replace a single fossil fuel plant in Michigan.  And that biodiversity and CO2 sequestration would be severely damaged.  They just hide these truths to collect their paychecks from the timber, biomass, and biofuels lobby. That is an intellectual crime.  The corporate funded environmental movement that pushes phony solutions to global warming like biomass and biofuels is dying.  Our bought and paid for environmental movement and their paid representatives and the politicians they have duped (for not much longer) will change or come crashing down.

“You can either get with this new grassroots environmental movement, or stand by the corporate and business interests hanging on to the biomass bone like a pit bull whose has a grip on someones face. From BP to Rio Tinto the SAME corporations who fund the rape of the planet are funding this phony “renewable” energy movement.  So when we fight the proponents of those who pretend tree burning is sustainable or green or doesn’t pollute or emit CO2, we are fighting the very same companies and profiteers that have been raping our planet for sometime now–and the politicians they have tricked or cajoled or funded into supporting them. The only question is how much damage will the corporate environmental movement do before getting out of the way of the truth and preventing CITIZENS from making a real plan to save ourselves from the horrible ways we have treated our planet, free of salesmen, lobbyists, and marketers and the undo influence of the pillagers who are funding what passes for an environmental movement these days.”

I learned years ago, while reporting for the Times on the relative risks of trace levels of dioxin and other toxic substances, that data and science fact can prompt excess in the language and behavior of people who have embraced another view, regardless of its pragmatism and reason. At that time the language of grassroots and community environmentalists looked very similar to the heated hate rhetoric of the Posse Comitatus, a racist anti-government right wing group operating in the Great Plains.

The same trend is emerging in Traverse City, where Traverse City Light & Power proposes a renewable energy plan to acquire 30 percent of its power from local renewable resources by 2020. Part of the proposal  — along with purchasing more wind, solar, landfill gas, and dramatically increasing energy efficiency — is to build a state-of-the-art clean renewable 10 mw wood biomass plant. The latter has caused concern among people who believe that burning wood is not a good idea and will harm the forest. Most of the statements, while based largely on emotion, are expressed largely in civil tones.

But the leader of the opposition, a filmmaker in Traverse City named Jeff Gibbs, is making a movie about opposition to wood biomass and has been busy stirring the pot with hyper-heated, bombastic, ego-inflating, Rush Limbaugh like hectoring. The statement above, vintage Gibbs, was made on a public email thread earlier this month.

Full disclosure: I have been helping TCL&P design and execute a public information and engagement program for its 30By20 plan.

Here’s another example, more raw, nastier, from another biomass critic named Sally Neal, who was writing to Steve Smiley, a friend and a clean energy expert who helped TCL&P build the first industrial-scale utility wind turbine in the Midwest in 1996. (see pix above) “Are you now or were you not a paid employee of TCLP?”, writes Neal, “like keith schneider who is paid to SELL TCLP’s biomass to the ignorant masses?………unlike you, schneider is an eco-poseur, and an insult to the community…….i know his whole story, and have had a real closeup look at who he is and how he works, and its not pretty…..in fact, very ugly indeed……….some have characterized him as a whore…will work either side of the street….doesn’t care, as long as he gets paid and told what to say.”

As founder and executive director of the Michigan Land Use Institute I learned that one measure of success in public policy disputes is how badly the other side misbehaves. By that measure, TCL&P’s pursuit of the 30By20 renewable plan and its proposed biomass project is on the right track.

The Right To Speak and the Duty to Be Right