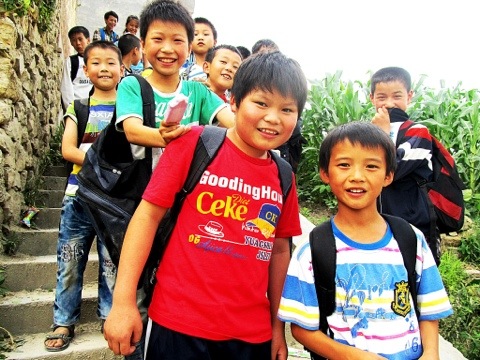 In Sichuan Province, southwest China, boys leave classrooms at the end of the day in a country where school can be hazardous. Photo/Keith Schneider

RAIPUR, Chhattisgarh, India — News of the Newtown massacre reached this city of jammed streets and honking bedlam as part of the shock wave that struck the United States, and then swept around the world. As the ritual of sorrow and weeping commenced in America and here, the next thought that came to my mind was this: Reality infiltrated an American community of wealth. Children were murdered in a town ripe with people who believed they’d safely distanced themselves from threats with their money and their votes.

Question: What are they — what are we — going to do about it?

We all know the basic details, the arc of this familiar story in America. The deranged killer, the son of the gun-loving mother whose arsenal apparently supplied the murder weapons. The gun laws that are steadily being weakened or unenforced. The idiots who call for more concealed weapons in the streets and the schools.

We aren’t willing yet to recognize or respond to a separate truth. It is this. In the United States and in other nations — China and India most prominently — elected and appointed leaders are so ready to serve the interests of the rich while children are getting slaughtered.

American social networks noted the Chinese man that last week attacked elementary school children with a knife, injuring but not killing 22 students. The assault continued a trend of adults slashing school children in China that authorities seem unable to interrupt. But the knife attacks divert attention from China’s more serious problem involving the well-being of its rich and its children.

As China amasses stupendous wealth and engages in infrastructure construction at a pace and scale unrivaled by any nation — roads, rail, ports, pipelines, energy plants, water works, housing and office development — a primary principle of its leadership is to coddle the wealthy and grow rich. For instance, the family and wife of Prime Minister Wen Jiabao, according to a revealing article in the New York Times, amassed a $2.7 billion fortune.

Meanwhile poorly engineered and constructed schools collapse in earthquakes, killing thousands of children. The air in Shanxi Province, a major coal mining and coal combustion region, is so bad that rates of severe birth defects are rising. Large numbers of parents of disabled or deformed children, in a country with a one-child-per-family rule, are abandoning those infants to orphanages or good samaritans. The provincial and central governments, so intent on advancing the interests of the mining company executives by issuing permits and signing contracts, are doing next to nothing on behalf of the pollution or the birth defects. The rich, meanwhile, are either sequestered in neighborhoods behind protective walls or live outside Shanxi.

India is no different.

For a few months in 2008 and 2009 the wealthy in India became mobilized to enact reforms following the terrorist attack on Mumbai in late November 2008. The 11 Pakistani gunmen, who slipped into the city from the sea, assaulted Mumbai’s wealthiest neighborhoods and business quarters, killing 164 people and wounding over 300. The response from Indian authorities was so tardy and so lame — police officers in one station near the attacks locked the doors, turned off the lights, and cowered at their desks — that wealthy executives understood that the separateness they prized, and the ring of private security they built, was flimsier than any ever thought.

Wealthy executives promised to advocate for reform and support reform candidates. But by the time elections neared months later, the rich lost interest in the hard work of actually making new policy. One reason is that the Indian government dispatched security forces to their neighborhoods, their childrens’ schools, and to Mumbai’s wealthier business districts. So, satisfied their interests were served, the rich supported their favored candidates, retreated to their homes defended by more private and government security guards, and had their drivers learn how to handle heavier armored vehicles.

Meanwhile, the newspapers in this country publish articles almost daily of little girls murdered by their parents for being injured, lame, or too expensive to raise or marry. There’s no urgent action by the government to stop the killings.

The United States is enduring its own paroxysm of protecting the rich, stoked in no small measure by the delusions of one political party and its wealthy supporters who believe that their reality is somehow different than the reality the rest of us encounter.

The conservative wealthy are just slower than others in recognizing that it’s not.

It was no hoax, for example, when conservative and wealthy Colorado Springs was engulfed earlier this year by wild fires stirred by the fast-drying West locked in a wicked drought caused by the changing climate.

Nor will the conservative wealthy be immune from the financial disruptions caused by their party’s insistence — delusional intransigence, in fact — that fixing America’s fiscal health can somehow be done without asking the richest citizens to pay a little more.

Now comes the murders of little kids in a community of wealth, a town that by a margin of 52% to 48% supported Mitt Romney over President Obama in the 2012 presidential election. That is, this town that now knows reality and tragedy in the most awful way, supported the candidate of the party that has systematically weakened regulations on gun ownership and use. A majority of Newtown voters in 2012 supported the party that on the day before the massacre passed legislation in Michigan that allows and encourages people to carry concealed weapons into schools. They sent their checks and cast their votes for the party whose leadership actually believes, despite powerful and convincing evidence that proves such a claim is without any merit at all, that had such a law been in effect in Connecticut the murderer would have been stopped.

Cities Punch Above Their Weight Economically 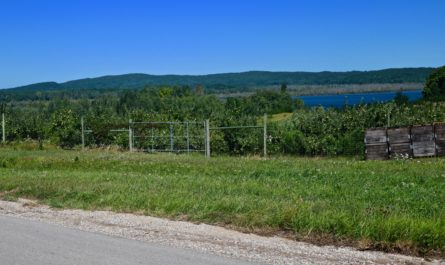 3 thoughts on “Newtown Massacre Is Part of Global Trend: Protect The Rich, Crush The Children”