With as much Midwest fanfare as they dared to muster, nine governors last week announced a regional compact to reduce emissions of greenhouse gases. It was the third such multi-state climate change agreement. States in the Northeast and the far West have already ratified similar pacts.

But before the optimistic progressives among us get all weak in the knees about the hopeful gust of 21st century energy and environmental reality that suddenly blew through the state capitals of the Midwest, it’s important to note a much more powerful gale that’s also twisting across the region. That is the burst of new coal-fueled power plants permitted or under construction in the Midwest, and the dozens that the Energy Department says are planned by utilities. 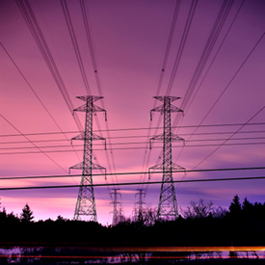 The short course here. Midwest governors have taken a significant step to reduce future greenhouse gas emissions, gaining plaudits from the press and several environmental organizations. But utilities are building new coal-fired plants and racing to get many more permitted. The levels of greenhouse gases produced by these new plants is likely to outpace the limits set in the new agreements. Five new coal-burning power plants are proposed in Michigan.

This one-step-forward-two-steps-back approach epitomizes the Midwest’s energy schizophrenia. The region hears the voices of reason in its universities, farm sector, high-tech companies and urban centers calling for new economic development strategies that take advantage of the Midwest’s inherent strengths. The University of Wisconsin and Michigan State University, for example, were recently awarded a $125 million grant to establish one of three national centers of biofuels research. Michigan State also is becoming a leader in promoting wind energy.

But the Midwest, arguably more than any other region of the country, also is terrified of change and eager to withdraw to the comfortable and familiar, like coal-burning power plants. The Michigan Chamber of Commerce, allied with its dues paying members in the utility and fossil fuel industries, steadfastly defends coal as the only sound and cost-effective way to produce electricity for its other dues paying members in the state’s dwindling manufacturing sector. Any effort to regulate greenhouse gas emissions is seen by the state Chamber as an attack on jobs and business profitability.

The gambit works really well in the Midwest, which has the highest collective unemployment rates, and since 2000 the largest decline in median income in the country. The National Energy Technology Laboratory produced a report last month that said 41 coal-burning power plants are currently in various stages of permitting or construction in the United States. Thirteen of those greenhouse gas emitting plants are in the Midwest, the very same region that vowed last week to begin dealing with climate change.

One thought on “More on Midwest Energy Schizophrenia”