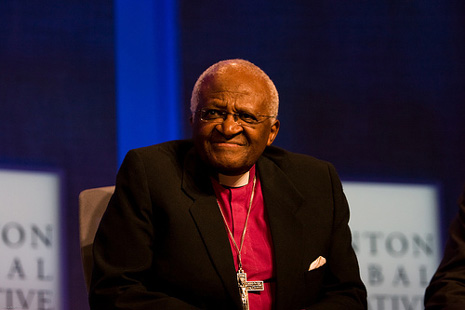 NEW YORK — The three-day Clinton Global Initiative concluded with a flurry of new commitments including a five-year, $4 billion pledge by Pacific Gas & Electric and Ausra to build solar thermal generating stations that both companies says is cost-competitive with fossil fuel generation. California-based Ausra will build at least 1,000 megawatts of solar power plants and PG&E will purchase at least 1,000 megawatts of solar thermal, and the deal will eliminate over 36 million tons of CO2 emissions in California and neighboring states over the next 20 years. Other projects announced here were these:

These and more than 200 other commitments announced this week were said by President Bill Clinton to touch “at least 100 million people worldwide.” The scope and numbers are stunning, even if half of what was announced here this week is actually executed. Mr. Clinton asserted that nearly 10 million children not in school around the world will enroll for the first time. Some 50 million people will gain access to treatment for neglected tropical diseases. Some 170 million acres of forest will be conserved and restored, an area equal in size to Italy and Switzerland combined. And 11 million adults, most of them women, will gain access to industries and durable jobs.

I wasn’t the only observer who found the proceedings disorienting. There really isn’t anything quite like this conference anywhere on the planet. The Aspen Ideas Festival convenes a similar array of prominent thinkers and voices. The World Economic Forum is much larger and, I’m told, more perceptive and far-reaching in its choice of subjects and how far it asks panelists to advance their thinking. The United Nations, which also convened in New York last week, attracts more global leaders. But none of these, nor any other international conference, does as well in attracting such diverse leaders, such as Archbishop Desmond Tutu (see pix). And none is motivated so clearly by one person seeking to make the world a better place and successfully making the ask so that not $millions, not $billions, but that something close to $10 billion is committed by individuals, companies, governments, and foundations to execute an incredible array of worthy projects. More was done to help solve the global warming crisis in these three days than the United Nations or the United States has done in half a decade.

Several more big ideas of the 21st century are at work here. The first is that important industrial companies, particularly those in pharmaceuticals, energy, utlitities, and online media see the value of reducing human and global stress to improving their bottom lines. There’s money to be made in solving misery, not only in the development and delivery of new products, but also in fostering collaborations that help companies gain access to new global markets. The second big idea, one that is becoming Mr. Clinton’s signature in this phase of his life, is the value of what he calls “giving back.”  He frames this in the context of the difference between I wish and I will. There were a lot of willing people in New York last week.