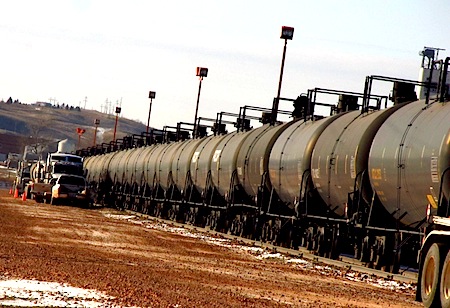 Little by little America seems to be catching on to the unexpected oil and natural gas production boom engulfing the United States. The 40-year catechism of U.S. energy, that supplies are going down and Americans use too much, is being completely rewritten. Americans, in fact, are using less energy. Meanwhile, a convergence of new exploration and drilling techniques, and rising global demand that is keeping prices high, is producing what looks to be the most powerful surge in fossil fuel production in U.S. history.

From every vantage, as I’ve noted in previous posts, the economic, environmental, cultural, and political consequences are momentous.

1. The boom in oil and gas production represents a generation-long economic reprieve for the United States. Almost every  analysis by the U.S. Department of Energy, the U.S. Geological Survey, and by the major oil and gas companies projects that the production trajectory for domestic oil and gas production will steadily increase for 20 years, maybe longer. More than $100 billion annually in capital investments is pouring each year into energy-producing states for exploration and drilling equipment, new pipeline construction, refinery expansions, and for pumps and trucks and transport depots to move fuel to market. Dense pockets of new job growth in oil and gas production, processing, and services have formed in a dozen energy-rich states, helping to lead the U.S. out of the recession.

Three of those states – Ohio, Pennsylvania, and Colorado – are essential to the re-election of President Barack Obama, who noted the energy boom and expressed a new sense of buoyancy about the nation’s prospects in the State of the Union in January, 2012.

2. The new narrative of domestic oil and gas production is transformational in its geopolitical implications. In the State of the Union, the president celebrated the highest levels of oil production in eight years, the lowest level of oil imports in 16 years, natural gas supplies that could last a century, and “a future where we’re in control of our own energy, and our security and prosperity aren’t so tied to unstable parts of the world.” It looks like he’ll be the first U.S. president in the era since President Nixon pushed hard for the same outcome during the oil embargo of the early 1970s to actually mean what he says.

By 2014, according to the U.S. Department of Energy, the U.S. will be a major exporter of natural gas. By 2030 or so, U.S. oil and fuel imports as a share of total consumption will fall to around 22 percent. To energy economists, that’s a number that defines energy security.  “It’s happening very quickly and it’s for real,” said Kenneth B. Medlock, an energy and resource economist at the Baker Institute For Public Policy at Rice University in Houston, who organized a one-day conference of environmentalists, scientists, academics, and executives in January 2012 to explore the American fossil fuel boom.  “Increased supplies affect the balance of payments. It affects our geopolitical security. It has a lot of impact on reducing the cost of energy in manufacturing, making us much more competitive. It is, potentially, one of the most important economic events of the last 50 years.”

3. The risks of perpetuating America’s fossil fuel economy are equally momentous, producing a new era of national reckoning. Ample natural gas supplies and low prices are dampening demand for wind, solar, geothermal, and other non-polluting sources of energy.  One result is that clean energy manufacturing plants are closing in the Midwest, Rocky Mountain states, and California. Two solar producers in Michigan, for instance, have shut their doors in the last year.

Public investment in non-fossil fuel innovation is uncertain. It’s not at all clear yet whether Congress will renew the tax credits that expire later this year and that have spurred wind and solar use and manufacturing.

If the U.S. spends another generation in an oil and gas coma, choosing not to pursue alternatives with the fierce commitment to success that propelled the Apollo program to land a man on the moon, it will end up even more economically stretched and politically unstable than it is today.

That conclusion is easy to draw. Persistently high prices for oil, caused largely by rising demand in Asia, is strengthening the energy industry and its ability to convince state governments and Washington to scrub interest in developing cleaner energy alternatives. The urgency to avoid this scenario is keen for the millions of Americans who could work in the alternative energy sector, and for the planet’s health.

Water supplies in the drilling zones are endangered by production practices that require billions of gallons of fresh water, yield torrents of polluted water, and are overwhelming the federal and state regulatory agencies charged with limiting the damage.  Continuing to burn natural gas and oil, moreover, increases production of carbon, methane, and other sources of climate changing gases that are causing expensive havoc with weather patterns in the U.S. and globally.

The reprieve provided by the new American energy boom is also producing a reckoning with the future that we just can’t mess up.

One thought on “New American Energy Boom, A Reprieve and a Reckoning”