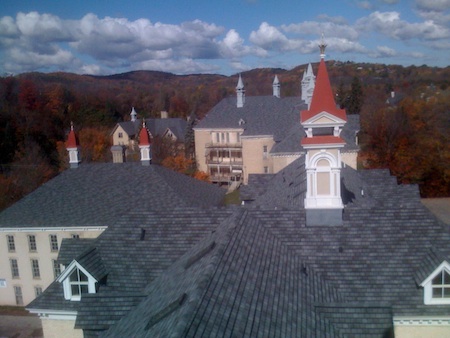 In 2003, just before major construction began to transform Traverse City’s 19th century psychiatric asylum into the Village at Grand Traverse Commons, Ray Minervini told me that within a decade or so the development would be a mixed use neighborhood with 800 residents, 1,000 jobs, and more than $100 million in residential, retail, and office development. That and other details were published in Traverse Magazine. Today I updated that original article in the New York Times, my favorite newspaper. Take a look.