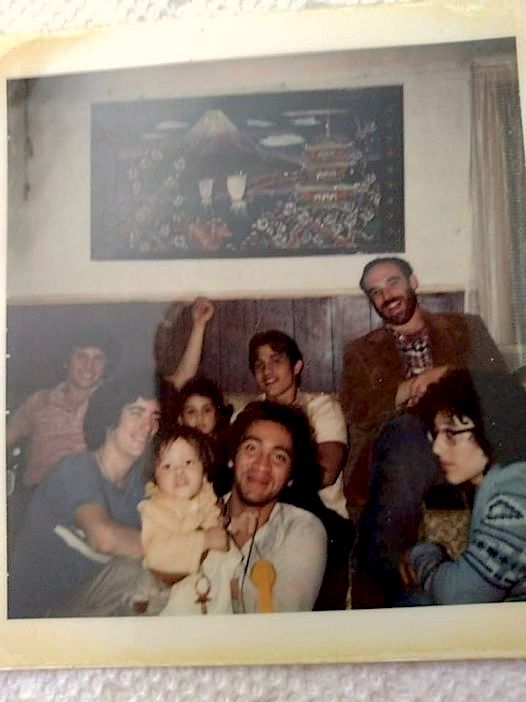 Carlos Antonio Santiago was born on September 29, 1955 in his mother’s home in Ponce, Puerto Rico, the ninth of 12 children and the eighth of ten boys. His mother, Ana Rivera, rented rooms in her two houses and cooked for her tenants. His father, Carlos Santiago Fraticelli, was a commercial fisherman by day and operated entertainment enterprises around Ponce.

When Carlos was eight years old, his parents moved with three of his brothers and a sister to Bridgeport, Connecticut and then to White Plains, New York. His father quickly gained access, and then management authority of social drinking and gambling clubs in the Bronx.

When he was old enough young Carlos spent time in the clubs with his father. He learned the ways of New York street life, some legal, others outlawed. Carlos gained skills, and embraced values and principles that he relied on during an adventurous life that family and friends defined as “colorful.”

Carlos died on August 5, 2022 in Springfield, Massachusetts. He was 66 years old.

“He was so strong,” said Annette Santiago, the oldest of his two daughters. “We have everything we have now because of him. He led us to the right path even though he wasn’t always on it.”

I met Carlos several times when I was a teenager in White Plains, N.Y. Two of my close friends, Bob Fargo and Andy Feinman, hung out with Carlos and once or twice we crossed paths. Last summer, following his death, Bob called me to ask if I’d write an obituary for the Santiago family. Bob knows that over the last several I’ve written obits for the New York Times. This account is based on an interview with Annette, Carlos’ oldest daughter. It describes a man who conducted a life much different than the lives of the men and women I’ve chronicled on ModeShift or in the Times.

I learned that Carlos’ path was paved with bricks laid in place by his father, who once was wounded in a gun fight, spent 13 years in federal prisons in Kentucky and Florida for tax evasion, and died a year after his last prison release.

His son was arrested for the first time in 1973 on a minor drug charge that escalated into a felony and his first incarceration as a result of new sentencing guidelines instituted by New York Governor Nelson Rockefeller. When he was released Carlos moved back to Puerto Rico and stayed for more than a decade, working a series of jobs and learning skills as a landscaper, roofer, and carpenter.

During those years, a stable period of his life, Carlos met Ivet Soler, a young woman born in Brooklyn who summered in Puerto Rico. They married in 1979. His first daughter, Annette Santiago, was born in Ponce on February 21, 1981. His second girl, Laiza Santiago, was born March 30, 1982.

Carlos returned to the United States in 1986 and settled down with his family in Yonkers. The largest city in Westchester County, and close to the Bronx and Manhattan, was a good market to support Carlos’ day jobs working with property managers as a handyman to maintain apartments. But the street proved more alluring.

“That’s what he grew up knowing,” said Annette. “He was a little bit of a pretty boy in his ways. He didn’t like to work too hard.”

What Carlos liked was having fun. He was a mesmerizing dancer with boundless stamina. He was self-confident and treated his friends and family with deep respect and unyielding loyalty. But the way Carlos lived his life could be a trial for his family.

Love, Loyalty, and Jail Time
In 1995, exhausted by his distracted life, Ivet moved Carlos and her children to Northampton, Massachusetts, where she hoped Carlos would develop less disruptive ways, and their daughters could go to better schools and enjoy a little country life. For a time it worked. Carlos landed a job at the city’s Salvation Army store, where he developed a civic reputation for helping people resolve problems – like finding jobs or apartments, or discount clothing for their kids.

“He was a happy guy then,” said Annette.

Ivette, though, didn’t share the same emotions. The two divorced in 1999.

For more than a decade after Carlos’ choices were again reflected in episodic stints in jail. He went to Florida and was arrested, convicted, and jailed for a drug charge that almost killed him in 2002. To avoid charges he swallowed a bag of drugs that ruptured in his stomach. Emergency physicians saved his life even after his heart stopped twice.

Later he followed his ex-wife and daughters to Springfield, Massachusetts. But during a trip to Florida with a cousin who had a warrant, Carlos was arrested again in Kissimmee and ended up doing six months.

When he was released Carlos returned to Springfield, lived with Ivette and cared for her daughter, Savannah Comstock, who he loved like she was his own.

In 2012 he was diagnosed with colon cancer.

Near the end of his life, Carlos spent an hour with Bob Fargo, a dear friend who Carlos knew from White Plains when both were teenagers. They hadn’t seen each other in 48 years. Bob described the visit as one of the most memorable and meaningful of his life. “I brought my wife. When we got there. He freaking got out of bed and hugged me. We hung out for two hours. It was the most amazing thing.”

“As he battled cancer for the last 10 years he helped raise Savannah and all of his grandchildren so they would not have to go to day care,” Annette said. “He loved to watch his beloved Yankees and teach his grandsons of the techniques of playing the game.”