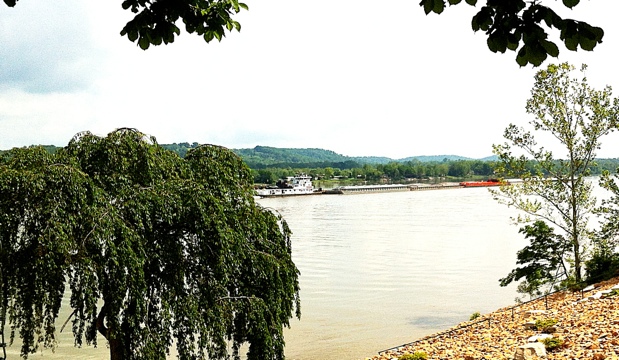 My interest in the Ohio River Valley, as readers of ModeShift well know, is keen. Today, the New York Times published my latest piece about the billions being invested in mineral leasing for oil and gas drilling.

Tomorrow, in the NYT Business section, is another piece I did on Cincinnati’s improved economy and surging riverfront development.

You may recall this article on Owensboro Kentucky’s improved prospects for the NYT late last year.

I did this piece in April on Ohio’s soaring steel industry in the NYT:

And I laid out some of my basic thoughts about what’s happening in the six-state, 981-mile river valley here on ModeShift a few weeks ago:

My clear sense and reporting shows a region critical to the American nation and U.S. economy for 250 years that is recovering fast from two generations of disinvestment and decay. The entire river valley is emerging with a 21st economy that is based on:

1. Out of the box municipal tax increases and other urban investment policies that are improving the region’s biggest downtowns, all of which are growing again with new residents and businesses.

2. Striking gains in the fortunes of the higher education and medical sectors that have turned out to be the largest, or among the largest employers in the big and small cities.

3. Environmental protection and conservation gains that have improved air and water quality and conserved urban riverfronts and wildlands. The Ohio River Valley is impressively beautiful.

4. Global trade in farm commodity and fossil energy markets that have fostered regional booms in agriculture and oil and gas development that look to endure for years because of Asia’s (read China here) steadily rising demand.

I’ll be looking at China’s influence on the Ohio River Valley later this week.

2 thoughts on “The U.S. Energy Boom and Ohio in The New York Times”