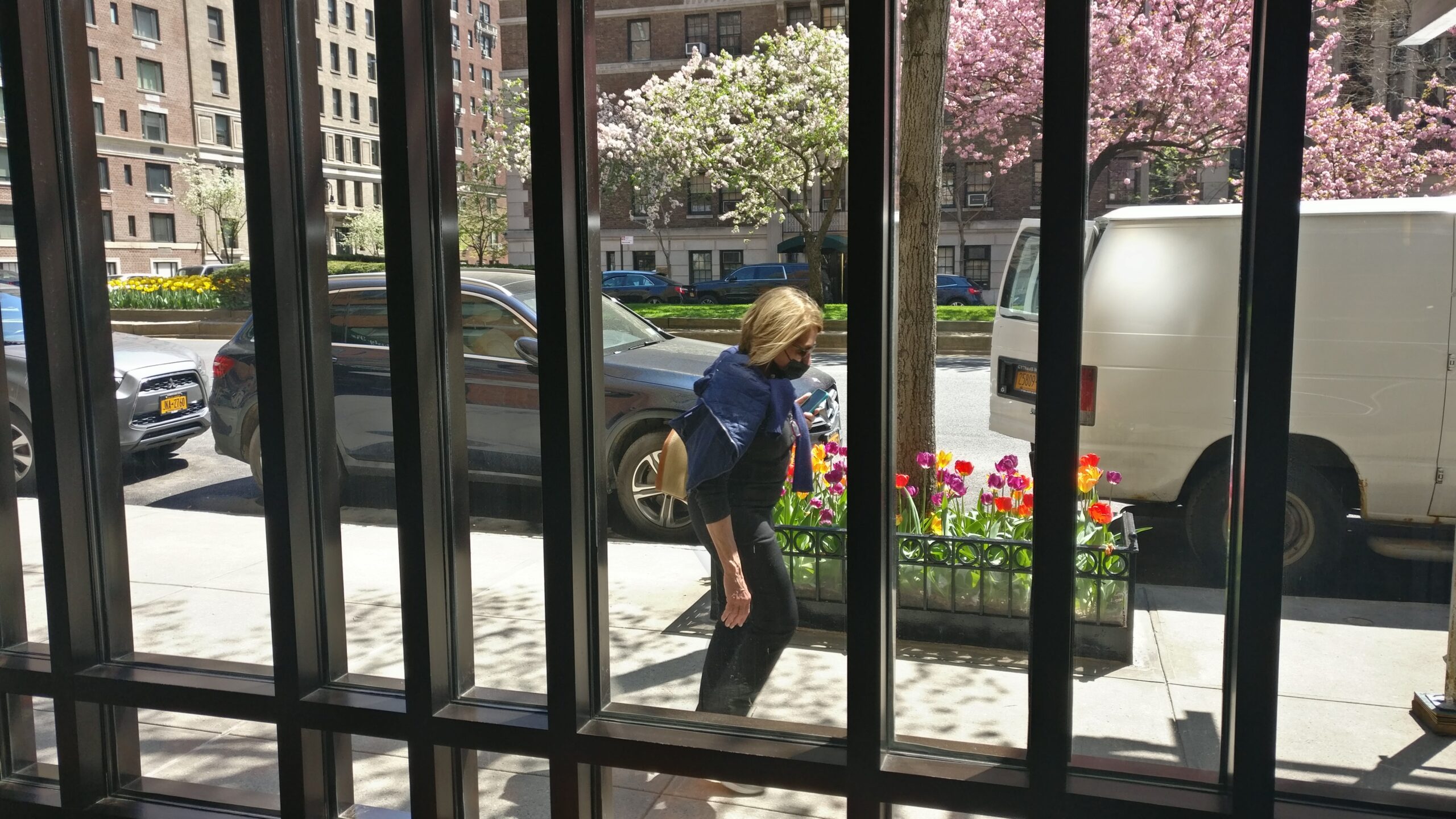 NEW YORK — Thanks to the expertise and doggedness of contemporary science, which delivered a vaccine capable of warding off Covid-19, Gabrielle and I departed from our pandemic-safe home in Somerset, KY, and ventured out in April for a nine-day trip to Virginia, New Jersey, and New York.

It was an adventure ripe with highlights: 1) reunions with my 91-year-old mother, my two brothers, my sister, their spouses, my nephew and niece, my sister-in-law and her husband, and dear friends; 2) personal passage – my 65th birthday; 3) lovely scenery – blossoming dogwoods and redbuds everywhere; and 4) ample evidence of the perilous political riptide threatening American democracy.

Our trip East began on a bright and clear early spring Thursday through an eastern Kentucky landscape of green pastures and redbud cloaked hills. As the lightly traveled highway rose to taller mountains, then wound into Tennessee and Virginia, the blossoming dogwoods grew more numerous. Where the two-lane met always busy Interstate 81, the display of redbuds deepened. So much attention is paid at this time of year to the cherry blossoms around the Tidal Basin in Washington, D.C. Virginia’s low hills robed in redbuds are every bit as spectacular.

At each of our stops — in Culpeper, VA, New York City and Scarsdale, NY, Audubon and Cherry Hill, NJ — we encountered loved ones and close friends who survived the pandemic and were as delighted as we were in sharing in welcome reunions. Vaccination provided a level of trust that made proximity possible. We still donned masks to fuel, while walking the streets of Manhattan, and in a crowded Lexington Avenue bakery.

In Culpeper, we spent the first weekend with Andy Solberg and YasemIn Cifci — and their son Matthew Solberg — at their home on a bluff above the Hazel River. Andy is a Haverford College roommate, and I’ve known Yasemin since he invited me on a Potomac rowboat afternoon to meet her way back in the early 1980s. On Friday another Haverford brother, Bob O’Connor, spent the afternoon and early evening with us, leaving after a wondrous dinner on the deck. Andy is a gardener so we spent one morning spreading mulch and planting flowers, and another afternoon pulling weeds. We spent the evenings drinking bourbon. Loved it.

In Scarsdale, my brother Grant and his husband Larry Diamond — along with their teenage twins Margot and Graydon — celebrated my 65th with a lovely dinner in their splendid home. My sister and brother-in-law, Allison and Basil Powell, joined us for birthday cake. The house where I was raised on Midchester Avenue in White Plains is about 1.5 miles away. So Grant’s neighborhood is familiar territory. A highlight of our visit was receiving a gold Juvenia watch that matched the Juvenia watch of identical design that my grandfather, on his 65th birthday, gave to me 48 years ago. That first Juvenia stopped working a decade ago and a jeweler told me it was too old and difficult to repair. Grant knew how much that watch meant to me and found a duplicate. Grant and Larry went above and beyond to present me with a gracious and loving gift, and a wonderful visit in their home.

In Manhattan, we visited with my brother and sister-in-law, Reed and Anne Schneider, in their 94th Street and Park Avenue apartment. We also joined my mother for take-in lunches three days in a row in her 86th and Park apartment. Safety is paramount in both homes. Jo-Anne Schneider is faring particularly well. She’s living a contented life that is now largely confined to a tight single block-or-so around her home. Self-contained and seemingly not at all bothered by her time alone, she was happy to spend 90 minutes with us each day and then sent us on our way. So Jo-Anne.

In New Jersey we spent three nights with my brother-in-law and sister-in-law, Ralph and Jane Faris, in their lovely home surrounded by gardens. The first night we celebrated my birthday with Lebanese carry-out, and the next night we celebrated Jane’s 75th birthday with a delightful meal cooked by Ralph. Some of our time was spent mulling a big change that Ralph and Jane are contemplating — moving out of their Audubon home, where they raised their two sons, and relocating to New Hampshire near Hanover, where their oldest, Jason, a physician, lives with his wife and four children. Lord, talk about a huge decision. And making it now, as home prices surge in choice rural regions like Hanover, is well-beyond the range of my courage.

I had a few hours one afternoon to hustle over to Cherry Hill to reunite with Bob and Cathe Fargo. Bob and I grew up together in White Plains, and we’ve been close ever since. I met Cathe at their wedding in 1987. He’s also considering a big move as he prepares to retire from his current career as a realtor. Bob’s got his eye on the west coast of Florida. For the time being he’s also testing his skill as an avid gardener. His garden plot a few miles away and his home gardens display Bob’s ardor and expertise.

Along with the joy of reconnecting, our visits were tied together by a cheerless subject – our fractured country. The conversation came up at each place. And while I don’t need to dwell on it, let’s just recount that 2020 and the beginning of 2021 were miserable in too many respects. The pandemic. The lockdowns. The idiocy and incompetence of the former president. The dispiriting behavior of the police, white supremacists, and Republican extremists. The raw fear of the presidential election. The Big Lie and conspiracies too widely embraced afterward. The outrageous storming of the Capitol.

I just finished a project with international dimension that involved Zoom interviews with sources on five continents. Following almost every conversation I was asked, “So what’s going on in America?” Here’s what I said: White people have displayed the worst of human instincts for as long as White people have lived in North America. I list the terrible events — Native American genocide, slavery, lynching, Jim Crow, degradation of the land and water, anti-semitism, corporate machine gun attacks on unions, assassination — on and on. But before the last four years, racist, extremist, hateful, murderous White behavior was largely confined to a minority of White people and an even smaller minority of all Americans.

Now it’s half of the country. Lying. Racism. Voter suppression. The unfiltered allegiance to crazy, incompetent, extremist lawmakers and candidates is beyond any sane American’s capacity to understand. The Republican Party embraces anarchy as an operating virtue and insurrection as a strategic principle. For real. It’s out of control and frightening for the stability of America and the durability of American democracy.

But as all these fevers rage, Gabrielle and I are lucky to have thus far avoided Covid and fortunate indeed to enjoy the blessings of our homes in Michigan and Kentucky, and family and friends in both states and beyond. It was wonderful to at last get to see so many people we cherish. As we plan for the future, we pray for our nation and the rest of the world.

Will Americans Defend Our Democracy?