LOUSVILLE, Ky. — Until the Covid-19 pandemic, Gill Holland spent six years and $35 million constructing new residences and renovating 19thand 20thcentury wood and brick warehouses in Portland, an historic Ohio riverfront neighborhood that is Louisville’s oldest and one of its most impoverished.

Mr. Holland’s Portland Investment Initiative has purchased over 60 properties and filled them with businesses and residents new to the racially diverse neighborhood, where roughly 10,000 people live.

The project has renovated 241,000 square feet of empty brick warehouses, most built in the 19thcentury, for commercial space. Big tenants include the University of Louisville’s Archaeology Laboratory and Master of Fine Arts program, and a Mercedes Benz auto technician training center. Over a dozen smaller businesses have settled into renovated warehouses, including the headquarters for Heine Brothers Coffee, a locally-owned chain. Farm to Fork, a popular café and catering business, operates in a renovated firehouse built in 1903.

Mr. Holland also purchased and renovated 55,000 square feet of residential space, much of it in single-story shotgun-style and two-story Victorian homes along Portland Avenue, the spine of the redevelopment. He worked with The Housing Partnership, a respected non-profit local housing developer, to build the $3 million Montgomery Apartments. The neighborhood’s first new multi-family residential building in a generation, it already has a waiting list for the 24 units of affordable housing.

In sum, Mr. Holland’s project, the largest real estate investment in Portland in at least a century, is adding new color and awakening civic energy that has been dormant for decades.

But the project’s momentum is threatened by Covid-19. Democratic Governor Andy Beshear closed sit-down service in restaurants and bars on March 16, and shut non-essential businesses to walk-in traffic on March 25. Retail and restaurant owners whom Mr. Holland attracted to Portland said they were nervous their businesses might not survive. A fog of economic insecurity has settled over the Portland project. Mr. Holland is confronted by the same financial impediments and social anxiety challenging real estate developers across the country.

Before the closure order, Farm to Fork employed 9 people. The catering business now operates with two employees selling meals delivered directly to customers. The favorable lease owner Sherry Hurley negotiated with Mr. Holland gives her the right to buy the building for $225,000, terms she is determined to meet. “I have personally and professionally made a big investment in Portland,” said Ms. Hurley. “I am committed to weathering the Covid-19 storm.”

New projects Mr. Holland planned for later this year are unsettled. One of them, the largest and most expensive he’s undertaken, is a $17 million mixed-use renovation of three 19thcentury wood and brick warehouses overlooking an Ohio riverfront park. The 126,000 square-foot project encompasses 60 market rate apartments and 37,000 square feet of commercial space.

“This has always been challenging,” Mr. Holland said. “Nothing about what’s happening now makes it easier.”

One hopeful note is that construction on existing projects has not shut down. Mr. Holland is set to close the loan on a new $3 million mixed-use building on 17thand Bank Street that will include 20 small market rate apartments aimed at students and young professionals and 7,000 square feet of retail space.

Construction is scheduled to start in this month. But he’s nervous about the schedule. Pennsylvania became the first state to close construction projects on March 21. Boston and Cambridge, Mass. also halted construction.

The epidemic is professional and personal. Mr. Holland shut his Portland Avenue office, housed in the 69-year-old, 19,500 square foot former Boys and Girls Club he renovated in 2014 for $250,000. His staff now works from home.

He was conducting dozens of tours a month for buyers, renters, and investors. That traffic has come to a near standstill. City permitting, inspection, and licensing offices are closed to walk-in traffic.

The pandemic has roiled his plans, but it probably will not be fatal. The first reason, said Louisville Mayor Greg Fischer, is Mr. Holland’s well-earned reputation for developing sound projects in tough neighborhoods in this Ohio River city of 630,000 residents.

Across town, along East Market Street, Mr. Holland and his wife, Augusta, started in 2006 to invest in a block of similarly old and blighted buildings for a $13 million nexus of new restaurants, businesses, and residences. They named the area NuLu. More than a decade later, NuLu has attracted $500 million in mixed-use investments in new residences and business start-ups, and has become one of Louisville’s most active dining and entertainment districts.

NuLu and the Portland Neighborhood join a number of Louisville neighborhoods, including those in predominantly African American West Louisville, that are experiencing strong redevelopment activity. “Gill knows what he’s doing,” said Mr. Fischer, in an interview before the pandemic unfolded. “Portland is a much bigger project than NuLu. He knows it will take more time.”

Jason Ferris, a partner in the Louisville appraisal firm of Bell Ferris, explained, “Just like he did in NuLu, Gill has been surgical in his development in Portland. He is investing in specific properties across a 28-block area. Hs intention is to create micro-markets that over time will overlap and elevate the entire neighborhood.”

The second reason is that Portland has endured natural and economic disasters just as serious as Covid-19. Established in 1811 as an independent frontier Ohio River port town, Portland was flooded twice in the 20thcentury, made it through the Great Depression and the whacking it sustained in the 2000s when banks promoted easy lending, real estate speculation and absentee landlords. Bankruptcies and joblessness in the 2008-2009 Great Recession left hundreds of homes and buildings vacant.

Portland deteriorated, but the architectural character of its homes and the sturdiness of its old warehouses remained. The neighborhood is also just a short walk or bike ride west of Louisville’s active and prospering downtown.

Fresh off the success of NuLu, Mr. Holland recognized the potential for a similar revival in Portland. In 2014, he announced his readiness to raise $23 million for the project.

The prices of his early acquisitions were certainly attractive. Empty shotgun houses sold for $5,000 and could be renovated for $80,000. To lure buyers who would become permanent residents, he sold the first 16 homes for an average of $86,000. Artists and young professionals seeking affordable homes became new residents.

Sturdy old buildings were available at low prices, although financing was initially difficult. He paid $400,000 in $10,000 monthly installments to the owner of the 17,000 square-foot Montgomery Street School, an 1853 building on the National Historic Register once used as a Civil War hospital. Following a $250,000 renovation, the 17,000 square-foot building includes prominent visual artist Richard Sullivan’s studio, and offices for non-profit organizations and businesses.

On nearby Rowan Street, Mr. Holland bought a 60,000 square foot warehouse built in 1880 for $250,000 and convinced the University of Louisville to lease most of the space. With lease in hand, he raised $5 million to renovate the interior. Instructors and students moved in last year.

As the neighborhood improved, concerns were raised that rising home values and rents would gentrify the neighborhood and push out longtime residents. Mr. Holland responded that with 1,400 abandoned properties, it would take decades of new construction and much higher population growth to reach prices that would force residents to move.

Mr. Holland says he is recruiting people he calls ‘value-add’ investors, business owners, and residents who intend to stay and make a difference. One of those is Danny Seim, an artist who moved from Portland, Oregon in 2015 and bought a home in the Portland neighborhood. His wife is a resident psychiatrist at the University of Louisville.

Mr. Seim has made a splash with colorful murals on neighborhood walls. Last summer he became co-director of the Portland Museum. Next to the museum was a vacant and dilapidated 1870, two-story Victorian home. Without knowing the owner or seeking permission, Mr. Seim used excess materials from one of his murals to paint the exterior. “I thought if something wasn’t done, if it wasn’t made more attractive, that beautiful house would be torn down,” said Mr. Seim.

The building turned out to be owned by Mr. Holland. Last summer he saw Mr. Seim painting, loved the colors, and offered the house for sale for $40,000. They reached a lease-to-own agreement that costs Mr. Seim $500 a month.

Mr. Holland and Mr. Seim are now collaborating on a $1 million project, approved by the museum board, to renovate the Victorian, landscape the backyard for a garden and playground, and build a new 2,000 square-foot events center for a children’s museum and play area. So far, Mr. Seim has raised $100,000.

A version of this article ws published on March 31, 2020 in the New York Times. 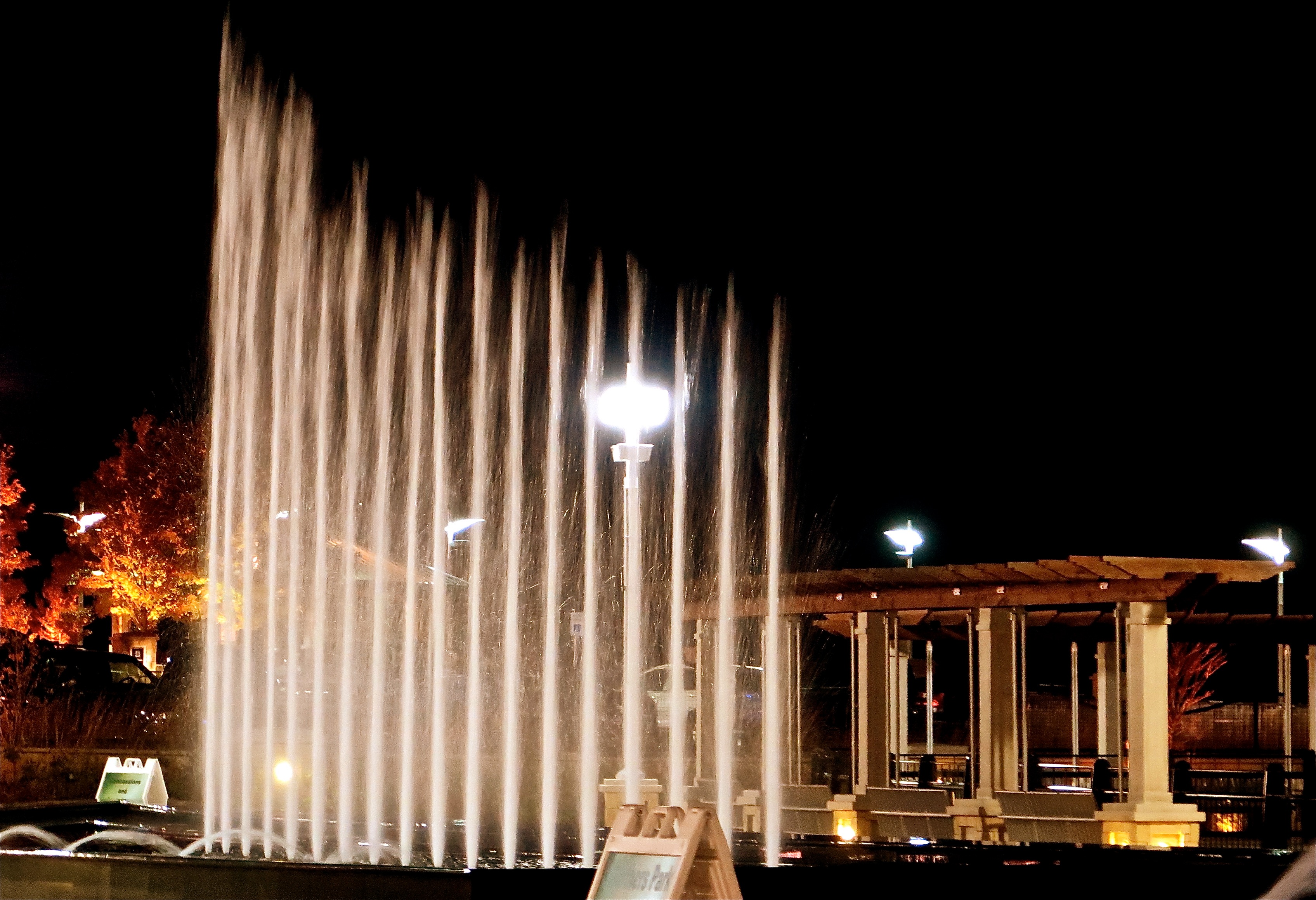 One thought on “In Louisville, Covid-19 Slows Portland Neighborhood Recovery”