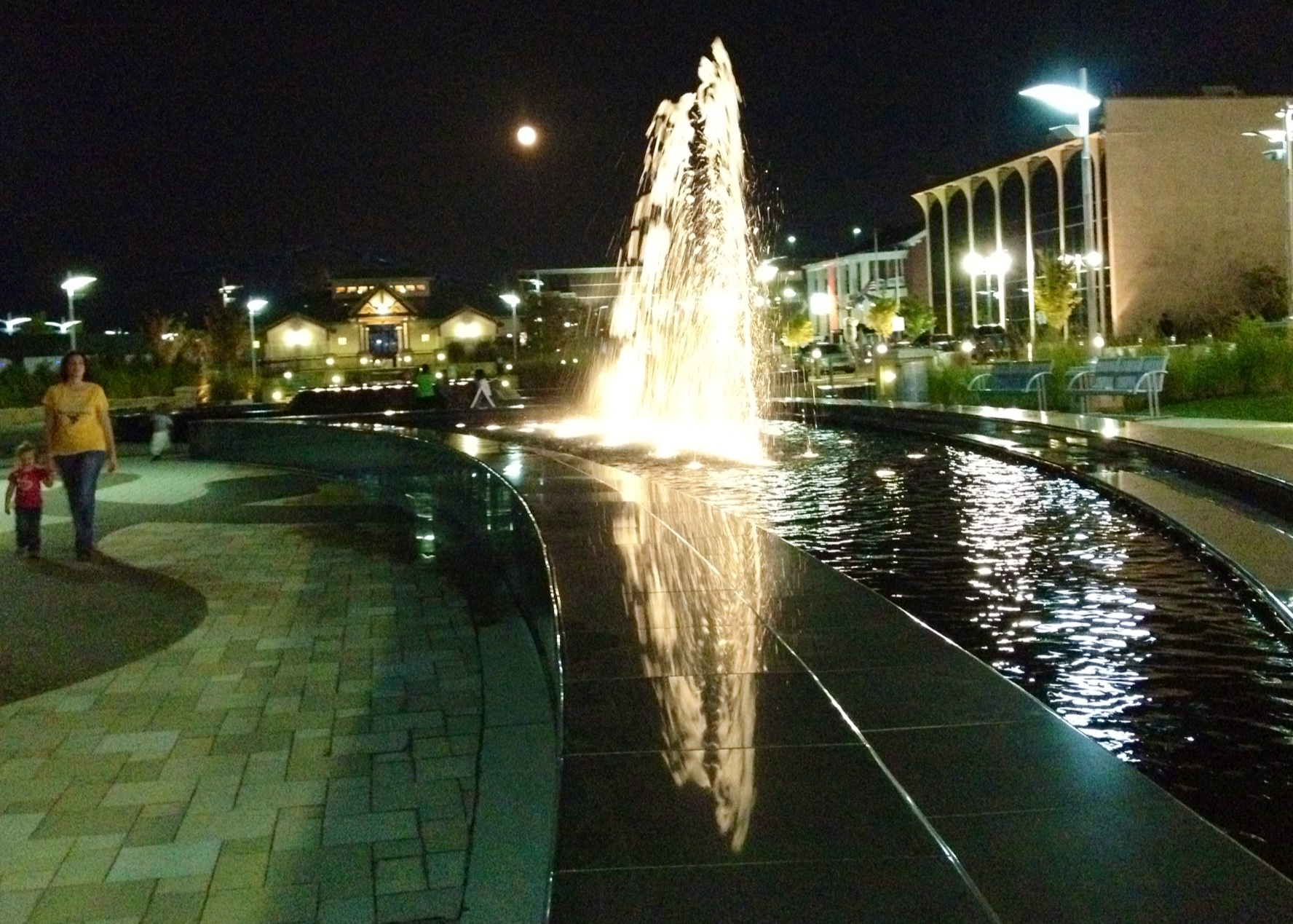 OWENSBORO, KY — Senator Mitch McConnell, a Kentucky native and Senate Republican leader, took his place several years ago at the head of his party’s pack of ideologues who countenanced disinvestment, lower taxes, and less spending on public projects with public purposes. But here in Owensboro, a small city perched on a high bluff on a big bend of the Ohio River, the senator’s name graces a year-old riverwalk and plaza in Smothers Park, the centerpiece of the city’s $225 million downtown redevelopment. The magnificent park, designed by EDSA, was constructed with the help of $40 million in federal funds secured by Sen. McConnell.

That little piece of political irony describes much of the governing and policymaking that is transforming Owensboro into one of the urban jewels of the Ohio River Valley. Owensboro, a city of nearly 60,000 residents, is 753 miles downstream from Pittsburgh, where the 981-mile Ohio River starts. As such, Owensboro lies near the southern terminus of an industrial region that sustained massive economic transformation over the last half century, and now is rebuilding and reinventing a new economic era for the U.S., and doing so at a furious pace.

Much of that is due to the capacity of local government leaders to update their operating systems to not only keep pace with the velocity of change but also to be skillful enough to measure what market opportunities fit and to seize them. In Owensboro, the emerging result is an uncommon American community. This is a city and a metropolitan region of 150,000 where pride in place, and optimism about the future is authentic.

But it’s also a city and a region that is deeply conflicted about its priorities. Voters here now consistently send the most ardent anti-government, anti-tax lawmakers to Washington.

That, of course, is not the formula that produced the economic renewal now emerging in Owensboro. The scenario of aspiration that is coming out of the ground along Owensboro’s riverfront reflects what is possible when sound judgment joins with adequate public investment. You can read my 2011 study of Owensboro, What’s Done, What’s Next, here.

Owensboro in 2009 chose to reckon with the era of stalemate and stagnation that is scarring the United States. City and county leaders approved an $80 million local tax increase to finance the redesign and reconstruction of Owensboro’s riverfront district. That decision is producing $225 million in public and private investment along a 1.4 mile stretch of riverfront and the city’s downtown that had been mouldering for 30 years.

Today that same stretch is adorned with cascading fountains that, at night, lift streams of watery gold that attract hundreds of people downtown. Smothers Park, which joins the city to the Ohio River, is already among the most beautiful civic spaces in the country. More is coming.

A new convention center and hotel, both scheduled to open in January, rise on the park’s western flank. On the south are restored Victorian-era walkups, a new office building, new restaurants, housing, and storefront businesses. Job growth connected to these new civic assets has been strong. Just as importantly, citizens here are developing a fresh sense of pride about Owensboro.

These and other promising trends are the reasons the National Civic League in June named Owensboro an All America City. It’s been 61 years since Owensboro last earned that distinction.

A lot of people are responsible for Owensboro’s progress, though none can lay claim to a greater share than Ron Payne, the city’s Republican mayor, who was elected in 2008.

Unlike decisions made in Washington and in most state capitals, the Owensboro and Daviess County leadership reached compromises on investments. The singular decision to enact a modest raise in a local tax represented a choice between the grim consequences of austerity and the commanding logic of investment, entrepreneurism, and imagination. From 2005, when federal funds were secured for a new $40 million Ohio River retaining wall and park, to 2011, when the city commission approved the $47 million convention center, Owensboro and Daviess County seemed to tilt in favor of the latter.

But the results of national elections indicate that Owensboro and Daviess County have not reached a consensus about how to win the future. In 2010, by a margin of 55 percent to 45 percent, Daviess County voters helped elect Senator Rand Paul, a Tea Party-sponsored critic of taxes and government spending. And the weight of the Daviess County Fiscal Court shifted to fiscal conservatives.

Since the early 1950s, Owensboro’s views of the appropriate role of the public sector in encouraging private sector development have swayed back and forth. For instance, in the first years of the 1950s, in tremendously far-sighted acquisitions designed to advance the economy and quality of life, Owensboro’s leadership recruited Brescia University and Kentucky Wesleyan College to the city. Then Owensboro relaxed in its work to develop a more robust higher education sector until the mid-1980s, when the area’s community college was founded.

In the late 1980s, local governments and the state spent $100 million to land a Scott Paper company plant in Owensboro that came with just 350 jobs, and in the early 1990s Owensboro built the RiverPark Center as an anchor for a new downtown arts and entertainment sector. But it wasn’t until a series of strategic planning efforts from 2006 to 2008 by the Greater Owensboro Economic Development Corporation, the Public Life Foundation of Owensboro, and the Owensboro city government that the region decided to blaze a fresh path to civic renewal, one that emphasized downtown redevelopment.

Owensboro has always regarded itself as a kind of Heartland island difficult to reach, distinctive in its habits, and parochial in its choices. That may explain why in the first decade of the century the city and county resisted the corrosive effects of retrenchment. Whatever the reason, it’s paying off.

A Cathedral to Beer in Pittsburgh

3 thoughts on “Owensboro’s Big Step Up To Relevance”