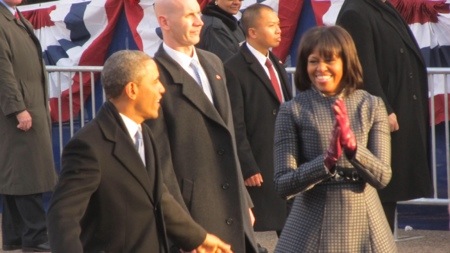 For a time earlier in my career I founded and directed the Michigan Land Use Institute, an advocacy organization that is quite adept at winning important public interest campaigns. The Institute’s policy achievements were due in no small way to how consistently we adhered to our rules of engagement. Respect those who disagree with you. Don’t call people names. Don’t draw lines in the sand. Don’t back people into corners.

Today is shutdown Sunday. It’s the sixth day of a momentous political confrontation over law, ideology, race, class, and region that the President and Democratic Senate leaders were winning. President Obama and his allies took a big risk by drawing a line in the sand, vowing not to negotiate unless the House dropped health care from a bill to fund the government. Their reasoning was airtight. Policy making by threat and coercion, they argued, was no way to manage a democracy. Market executives and corporate front offices, even those who backed the GOP, were on board with the White House position. House Speaker John Boehner late last week was privately telling his aides, who passed the message to DC reporters, that he would find a way out of the standoff.

Over the weekend, though, the confrontation turned dangerous. The reason: the White House and Senate Democratic leaders made it personal and simultaneously backed Boehner into a corner. How? They questioned Speaker John Boehner’s courage, disparaged his manhood. On Friday Senate Majority Leader Harry Reid actually called him a coward.

Regardless of what people think about Speaker Boehner, calling him soft is having the effect of steeling his nerve and amplifying his party’s beligerence. Today, in an interview with ABC News, Boehner stated that, unless the White House agrees to amend the health care law and visit several more issues, he’s prepared to let the nation slip into default. “That’s the path we’re on,” said the speaker.

Democrats are foolish if they believe Boehner is kidding. He’s not. GOP lawmakers have been awaiting this moment for years. They are supported by voters who operate in an alternate American universe that is armed to the teeth, believes Barack Obama is not a native-born American, that the Earth is 6,000 years old, that climate change is a scientific fiction, and that Social Security and Medicare are somehow different from other taxpayer-supported programs. That constituency, deeply religious and indoctrinated by Fox News and the hard right media, appears to be inviting, even cheering an economic wreck that weakens the government they hate, and that draws closer by the day. Just as perilous, at this point the GOP constituency seems prepared to penalize only those House lawmakers, Speaker Boehner among them, who back down.

Like other Americans I’m confused about the aims of this confrontation or where it leads. Make no mistake, though. An insurgency is unfolding in the U.S. Government.

3 thoughts on “U.S. Government Shutdown Is A Tripwire — But For What?”