Late last year when Senator Lisa Murkowski announced she would vigorously oppose any effort to use the Clean Air Act to regulate carbon emissions, environmental leaders in Washington understood the significance of the Alaska Republican’s challenge. A loyal ally of fossil fuel developers, Senator Murkowski attracts more campaign financing from the oil and utility industries than all but two other Senate lawmakers, according to federal election records. 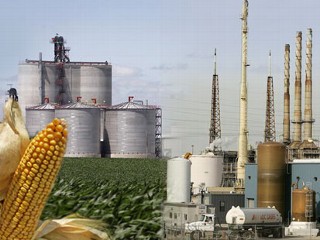 The months-long skirnishing between Senator Murkowski and environmental advocates is now in its final hours, with both sides asserting they will prevail.

At stake is a vote in the Senate scheduled for Thursday night on a “resolution of disapproval” introduced by Senator Murkowski last January and meant to disrupt the Obama administration’s pioneering work to respond to climate change by limiting emissions of carbon dioxide and five other greenhouse gases in the U.S.

Though the Murkowski resolution faces an arduous route through a Democratic-controlled Congress and White House, the Thursday vote will be the most important Congressional test yet this year on where the United States is going on climate action and clean energy.

The details of what’s been happening look like this: Senator Murkowski’s resolution, which has 41 co-sponsors, would overturn the Environmental Protection Agency’s formal scientific finding on December 7, 2009 that carbon dioxide and five other climate-changing pollutants endanger human health and the environment.

The EPA’s “endangerment finding,” introduced at the start of the United Nations climate summit in Copenhagen last year, was saluted by climate activists and government officials around the world. The finding made it legally possible to use the Clean Air Act, the nation’s primary air pollution statute, to set and enforce new manufacturing practices and emissions limits that tamed the U.S. contribution to global climate change.

Moment of Reckoning For Both Sides
The vote couldn’t come at a more opportune moment for climate advocates and the fossil fuel industry and should provide a helpful sorting out of the relative political influence of both sides.

The last six months have been a period of dismay for the American climate action community, challenged by the disappointing results in Copenhagen, and fighting back against the furious attack by pundits and lawmakers on the validity of climate science.

The last six weeks have been equally dismal for the oil industry, which has attracted new public scrutiny because of the horrendous oil spill in the Gulf, and the equally destructive environmental consequences of mining and processing oil from Alberta, Canada’s tar sands.

If the resolution passes, an event seen as unlikely by Democratic Senate staffers, it would almost certainly have the effect of putting an even deeper  trench in the already difficult path that comprehensive climate and energy legislation has in the Senate. Conversely, if the resolution fails by a wide margin, that result would likely build new legislative enthusiasm for a climate and energy bill this year.

Important players from both sides are making their cases. Americans United for Change today began three days of cable TV advertising  in Washington, D.C., that explicitly link the BP Gulf disaster to the Murkowski resolution and the assertion that at Republicans are “working to gut the bipartisan Clean Air Act and give big oil a bailout.”

Senator Murkowski issued a statement this week that accused critics of the resolution of misrepresenting her intentions. “There has been a great deal of misinformation spread about my effort by groups — almost all of which are based outside of Alaska — who want to cut the emissions blamed for climate change no matter what the cost,” Murkowski said.  Her spokesman, Robert Dillon, said the resolution is not about debating the science behind climate change. Rather, he told the Associated Press, it’s about stopping an “out of control” government agency.

Senator Murkowski’s conservative supporters contend that using the Clean Air Act to regulate carbon emissions is a regulatory overreach by big government. “Every sector of our economy — transportation, power generation and manufacturing — would be subjected to EPA’s bureaucratic reach,” said Tom Borelli director of the Free Enterprise Project at the National Center for Public Policy Research.

Endangerment Finding Put to Use
The Obama administration, meanwhile, has moved quickly to put the endangerment finding and its Clean Air Act authority into effect. In April the administration issued trend-setting fuel mileage and emissions standards for light vehicles that the agency said would save 1.8 billion barrels of oil and 900 million tons of carbon emissions from 2012 to 2016.

Newspaper editorialists also weighed in, noting that the BP Gulf Spill has made it more urgent than ever to curtail the myriad hazards of America’s addiction to oil. “Murkowski plans to offer a resolution,” said the Washington Post on June 7, “making it less likely we move away from fossil fuels, making it less likely we act to prevent a foreseeable catastrophe (in this case, global warming) from occurring, blocking regulators from doing their jobs, and disrupting one of our best opportunities to prevent climate change rather than scramble to respond after its incalculable effects rip through our atmosphere.”

In an article on Monday for the Huffington Post, EPA Administrator Jackson said the Murkowski resolution “abdicates the responsibility we have to move the country forward in a way that creates jobs, increases our security by breaking our dependence on foreign oil, and protects the air and water we rely on.”

Why Can’t U.S. and China Just Get Along in Tianjin? Answer Is They Are