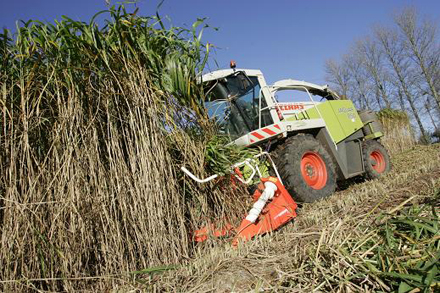 Late last month I had the chance to spend the day with scientists at Michigan State University who are involved in carrying out the work of the new Great Lakes Bioenergy Research Center, a partnership between MSU and the University of Wisconsin financed by a five-year, $125 million federal research grant. It is one of three such centers across the country determined to fill America’s national gas tank with fuel made from plants. Bruce Dale, a chemical engineer at MSU and one of the campus leaders on this topic, told me he’s convinced that “we can replace all of our imported oil with liquid fuels produced from crops.”

Whether that is possible without causing shortages of staple crops, higher food prices, and serious unintended consequences to soil, air, and water is a source of considerable debate in and out of academia. But many respected authorities say it is, including the New York-based Natural Resources Defense Council, a national environmental organization, and the WorldWatch Institute, a global environmental research group based in Washington. A full account of how Michigan State has emerged at the center of biofuels research and development will be in the New York Times on November 7.

But as I toured the genetic engineering labs, greenhouses, and the MSU crop and soil science farm I kept thinking there probably is no state in the country with such a powerful case of energy schizophrenia.

Just check out what’s going on this state.

First, MSU has assembled a team of nearly 100 researchers and faculty members, spanning almost a dozen departments, to develop the basic science to produce new varieties of ethanol-rich crops, like switchgrass and miscanthus (see pix), new biological recipes to speed fermentation and enzymatic breakdown, new industrial processes to make the products of the nation’s new biorefineries cost-competitive with petroleum-based fuels. If Bruce Dale and his colleagues get this right, the bio-fuels economy will be much cleaner, more environmentally sensitive, and more economically productive, especially for America’s farm country.  Massachusetts-based Mascoma is so enthused about MSU’s prominence on biofuels science and development it announced earlier this year that it will build a plant here to convert wood wastes to ethanol, an expected $100 million-plus investment.

Second, on Monday in East Lansing, Michigan State also is holding the first “Manufacturing and Developing Wind Energy Systems in Michigan” conference. More than 200 industrialists, utility industry executive, business leaders, policy specialists, researchers, and investors are expected to attend the two-day event. The intent of the conference is to stimulate the $20 billion global wind industry’s interest in settling in Michigan to design and manufacture generating equipment, and also to recruit companies to develop the state’s potential as a source of wind energy. The Department of Energy produced a wind map in 2004 that said Michigan was the 14th windiest state in the country, capable of generatiing enough electricity from wind as 23 new coal-fired power plants. The Land Policy Institute at MSU, which organized the conference, says that landowners also could benefit from thousands of dollars in annual leasing fees for every one of the big windmills they allow on their ground.

And third, while MSU develops the science of clean energy, state utilities have proposed building at least six new coal-fired power plants in Michigan. In a state where mercury from coal has contaminated almost every inland lake, where the snow sports industry is melting away, and where citizens by a wide margin support renewable fuels that make the state more competitive and produce more jobs,  the last thing Michigan needs is to fuel its new economy with such a dirty source of energy. But that message isn’t reaching the state capital, where Governor Jennifer M. Granholm says she supports at least one new coal plant, and the Michigan Chamber of Commerce expresses skepticism about conservation, renewable energy, or any change in convention other than its steadfast promotion of every form of energy produced by its members in the fossil fuel industry.

Spreading Ticks and Other Climate-Related Actions