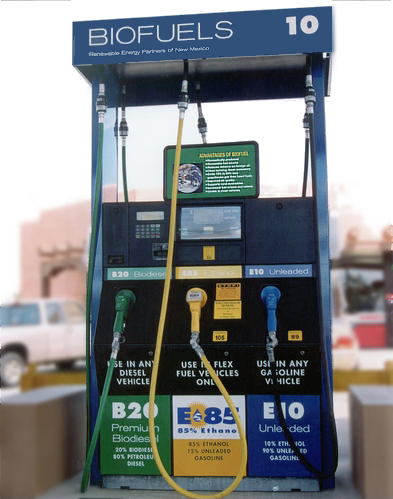 David Pimentel, an ecologist who spent all of his career at Cornell University after earning his doctorate in entomology in 1951, is one of the most respected environmental scientists of his generation. He was among the select group of young ecologists who in the 1960s first identified the environmental and public health hazards of farm chemicals, and helped build the scientific case for healthier, more environmentally-sensitive agriculture practices. The fact that organic crops are the fastest growing sector of the American food production system owes a considerable debt to Dr. Pimentel’s scholarship and advocacy. Dr. Pimentel also has spent almost 30 years, ever since he chaired a federal Energy Department advisory committee  in 1979 that looked at the potential of plant-derived ethanol,  as the nation’s most important opponent of turning the might of American agriculture to fuel our cars.

Bruce Dale is a 57 -year-old chemical engineer who was born in Nevada, raised in Arizona, and is among the most decorated process scientists of his generation. After stints teaching at Colorado State University and Texas A&M, Dr. Dale joined the faculty of Michigan State University in 1996 to chair the chemical engineering department and prepare for the biofuels boom that he anticipated would emerge as petroleum prices rose to unmanageable levels. He is now the associate director of MSU’s  Office of Bio-based Technolgy, helping to coordinate an interdisciplinary team of scientists and social theorists that span more than a dozen departments at the nation’s second largest university. He also is  one of the five team leaders of the Great Lakes Bio-Engineering Research Center, a collaboration between MSU and the University of Wisconsin that earlier this year was awarded a $125 million, five-year grant from the Department of Energy to develop the scientific foundations for vastly expanding the American production and processing industry that is turning plants into transportation fuels.

Over the last two years, almost unnoticed by the mainstream media but with increasing visibility in policy, industrial, capital, and scientific circles, Dr. Pimentel and Dr. Dale have been locked in a profound disagreement about the usefulness of producing fuel from plants. On the most basic human level, the strikingly different conclusions that these two eminent experts draw about the perils or promise of biofuels is the most personal high-profile scientific disagreement since the 1980s . During that era economist Julian Simon of the University of Maryland bet Stanford ecologist Paul Ehrlich that the prices of five key metals would either rise because of the trend to ever more scarce natural resources, as Dr. Ehrlich predicted, or fall because of innovation, as Dr. Simon said. In 1990, Dr. Ehrlich conceded defeat, an event that helped lay the intellectual foundation of the free market attack on American environmental laws as overly restrictive and pessimistic.

The expert disagreement between Dr. Dale and Dr. Pimentel rivals the earlier dispute in substance and significance. Dr. Pimentel’s analysis has influenced public opinion and the media, including this blog, with a penetrating critique of the environmental safety and economic wisdom of committing to a fuel production sector based on crop science, agronomy, and new processing technology. Dr. Dales asserts, though, that the Pimentel analysis is flawed in its basic construction. Those flaws, he argues, are impeding the progress of a vital sector in the green economy that promises to be much more environmentally sensitive to soil, air, and water even as it builds a new regional farm production and processing economy that will benefit rural America, and the Middle West in particular. To hear Dr. Dale tell it, generating the production capacity to fill tanks with what he calls “grassoline” could  be as essential to the Midwest’s new prosperity as the digital economy has been to the Pacific Rim states.

At the core of the discord is an analysis of how much energy it takes to make a gallon of fuel from ethanol versus how much energy that same gallon produces. Technical folk call this the “net energy” balance. Dr. Pimentel asserts that producing ethanol from corn yields a negative net energy balance, meaning it takes more energy to make a gallon of ethanol from corn than the energy produced. His calculations gained credence because of the energy intensive practices involved in growing corn — lots of irrigation, farm chemicals, fertilizers, and  fuel go into its production. Essentially, he argued, it takes as much energy to produce a gallon of ethanol as the energy that results.

But more recently, Dr. Pimentel has made the same assertion about producing fuel from switchgrass and other crops that yield higher levels of biomass from which to produce ethanol, and can be grown with much fewer inputs.  Producing ethanol from switchgrass, according to MSU plant scientists, involves planting the crop once, applying no farm chemicals, and much less fertilizer than is used to produce corn, and harvesting the crop once a year.

Settling this rupture is not about who’s right, but who’s wrong. If Dr. Dale is wrong, then pursuing the biofuels future he advocates would be irresponsibly expensive to taxpayers, cause enormous environmental damage, and do nothing to loosen the noose that rising oil prices and diminishing supply has wrapped around the nation’s neck. If Dr. Pimentel is wrong then a promising green economy that reduces environmental damage, shores up the Midwest’s flagging farm economy, curtails America’s dependence on imported petroleum, and fosters a new community-based green fuel production and distribution system could be seriously weakened by a public backlash predicated on faulty data.

Dr. Pimentel, in an email message to me this week, said, “I am quite familiar with Bruce Dale’s arguments. I am sure you are aware that no one else supports his views on energy analyses. Some chemcial engineers have told me that that Bruce does not understand thermodynamics.”

Two years ago David Morris, a researcher and vice president of the Institute For Local Self Reliance, a respected public interest organization in Minneapolis, analyzed the “net energy” debate and in a widely-read report responded this way to the question about whether it takes more energy to make ethanol than is contained in ethanol: “In 1980, the short and empirical answer to the question was yes. By 1990, because of improved efficiencies by both farmer and ethanol manufacturers the answer was, probably not.  In 2005 the answer is clearly no.”

No doubt, I’ll be reporting more on this as we go along.

18 thoughts on “Before Grassoline, Settling A Dispute Among Experts”