Illinois, our neighbor to the west, has been doing a lot of things right of late for its residents, environment, and economy. It makes a Michigan resident a bit jealous. The Center for Neighborhood Technology and Bethel New Life, for example, convinced the Chicago Transit Authority to rebuild rather than tear down the elevated Green Line in the 1990s, helping to promote the revival of the city’s West Side. Chicago Mayor Richard Daley turned a tree-planting campaign into a full-fledged green economic development strategy that not only helped Chicago become, arguably, the most beautiful city in America but also among its fastest growing and most prosperous. Lots of great Chicago organizations were involved included the Metropolitan Planning Council 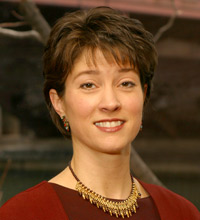 Ms. Burrell told me that the Legislature is seeking next year to provide three builders of sustainable LEED-ND developments grants of up to 1.5 percent of their total cost. Of the three projects that qualify for the grants not more than one can come from Chicago. Legislators expect to encourage the construction of 300 new households in Illinois, said Ms. Burrell, and more than $944,400 could be redirected annually into the state’s economy because of the money that home owners will save in energy and vehicle expenses alone because of where they live.

Jennifer Henry, who manages the LEED-ND project for the U.S. Green Building Council, said she knows of no state other than Illinois that has adopted  publicly financed incentives for LEED-ND. And while the pilot project is small, the consequences can be huge.

You may recall that the LEED idea itself, promoting better design through environmental sensitivity and energy efficiency started small. But in certifiying standards for green design LEED had the effect of creating a market that never existed previously. The LEED idea is now written into zoning standards and building codes. Cities, like Chicago, compete to be the place that has the most LEED-certified buildings. Neighborhoods that promote walking rather than riding, energy efficiency rather than profligacy, healthy living rather than conventional toxic design just make sense in a world of higher expenses and scarcer resources, space, energy, and time. And Illinois, right here in the economically scarred upper Midwest, was the first to get there.  Nice work Illinois.