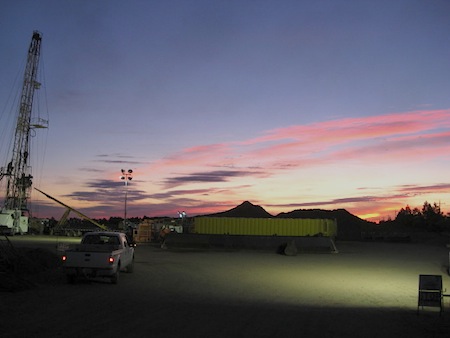 GLENDIVE, MT — Myrna Quale and Laura Glueckert own and manage  The Enchanted Room here in this Dawson County town of 4,700 residents close by the border with North Dakota. In the last nine months, they said in an interview, business in their W. Towne Street fabric and floral gifts store has picked up 15 to 20  percent, “and we had a good business to start with,” said Quale.

“I view it as a positive thing,” added Glueckert. “We’ve basically been living in a very conservative mindset where the economy has been stressed. You learn to live that way. Now people are coming in with some capital. They’re easing up and spending more because they have better paying jobs.”

Two blocks away Louise Rittal, for over a decade the county registrar of deeds, was being swarmed by oil and gas landmen scouring the files for mineral lease opportunities. On the day I visited earlier this month, Rittal had already recorded 14 new leases. From June to early December, she’d recorded 375 leases. All of last year she booked 115 during the same time period, she said.

“It’s coming this way,” said Rittal, referring to the oil and gas drilling rigs heading south and west from Williston, N.D., 100 miles away and the center of the big boom in northern Great Plains energy development. “We’ve had an average of eight landmen a day searching for mineral rights owners. You can see the increase in traffic. Oil workers can’t find a place to live in Sydney or Williston, so they are moving into the local RV spots and trailer courts. You can’t find a rental because they’re all taken.”

Last week, in a series of posts linked just below, I reported on the overwhelming scale and speed of the oil and gas energy surge occurring in the United States. The boom has produced roughly 200,000 new jobs since 2005, new employment in high-paying work that came while the nation was losing 2.5 million jobs during the same period, according to EMSI, a labor market research group in Moscow, Idaho.

Oil and gas drilling has transformed North Dakota into the fifth fastest growing state in the nation, according to Census Bureau figures released this month. The energy sector is spending roughly $100 billion to explore, develop, process, and transport what writer and activist Bill McKibben calls “extreme energy” — the tar sands, shale oil and shale gas, mountaintop coal mining, and deep ocean drilling that is producing big scars on the land and bigger threats to the water.

How Long Will North Dakota Bakken Oil Surge Last? Decades Due To China

What’s both remarkable and deeply troubling about the mammoth scale of the fossil fuel surge in North Dakota is that it’s 1) rolling at roughly the same pace and scale in a dozen other states, 2) steadily increasing levels of domestic oil and gas production and reducing the levels of imported oil, 3) overwhelming the nation’s capacity to inspire the development of cleaner energy sources, and 4) putting the urgency of responding to the economic threat of peak oil on the back burner for at least another generation.

For these reasons I describe the surge as a reprieve and a capitulation to the future.

How so? For one, the oil and gas surge is producing jobs at a scale unmatched now by any other industry and that’s helping working people all over the country who are participating.  Second, it’s reducing security risks posed by importing oil from nations that hate us and curtailing the flow of capital out of the country. In an era of hard times, when it seems like America can do nothing right, this swelling new treasure chest of fuel indicates we certainly know how to find and develop energy reserves.

But the boom also is strengthening the political influence of the energy sector and its allies in state legislatures and Congress, Democrats and Republicans. It’s putting more pressure on regulators to loosen health and environmental safeguards in order to speed development of energy fields and the factories being put online all over the country that produce development-related products and materials.

It’s causing serious damage to the land and waters. And it’s diverted the nation’s attention from the more promising and sustainable energy future. New forms of cellulosic fuel have been slow to reach the market. There are big questions about the mass market appeal of electric and hybrid vehicles. The solar industry boasts that this year it put 1,000 megawatts or one gigawatt of new generating power online. But that is just one thousandth of the 1,000 gigawatts of electricity that the nation uses each year.

The wind industry will put about 5 gigawatts online this year, and has more than 80 new projects under construction nationally, according to the American Wind Energy Association. China, in contrast, will put 20 gigawatts of wind energy online this year.

The U.S. is losing the global race to the $2 trillion to $3 trillion clean energy future. So when this latest gout of fossil fuel ends in 20 or 30 years, what shape will the the U.S. be in then? And how much warmer will the planet be? 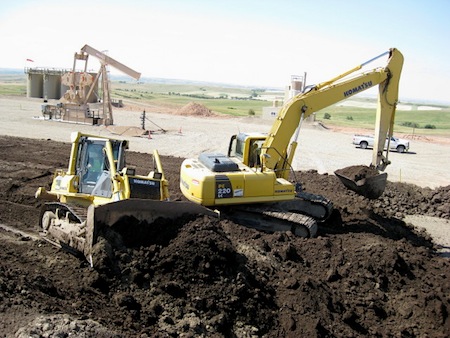 Wastewater Disposal From Fracking Can Cause Earthquakes: Ohio Sets Example