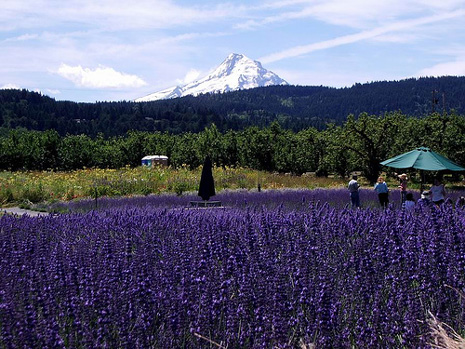 Smart Growth continues to flourish at the ballot box. With the exception of the defeat of a disputed highway and transit measure in the Seattle region, voters on Tuesday this week again overwhelmingly approved candidates and strategies that make their places cleaner, greener, more neighborly, and much more efficient consumers of land and resources. Voters across the country approved 34 of 55 conservation measures on the ballot, generating $1.4 billion in new conservation funding.

The election results also indicate that the ideological attack from the right on growth management measures and candidates probably peaked, maybe in 2004, when libertarians and property rights groups passed Measure 37 in Oregon. That initiative restricted the reach of the state’s 35-year-old growth management practices, and produced a legal mess in the state.

Last year, Arizona was the only state that approved a property rights ballot initiative, the Private Property Rights Protection Act. It called for state restrictions on land use regulation that ensured that Arizona citizens do not lose their home or property or lose the value of their home or property without just compensation. As in the three other states that considered similar ballot initiatives in 2006 — Idaho, Washington, and California — Arizona citizens were inundated with competing messages about the consequences of the act, known as Proposition 207.

But a careful reading of the ballot language clearly indicated that its primary purpose was to limit cities from initiating eminent domain actions to convert private land to private uses, a response to a 2005 United States Supreme Court ruling. In that case, authorities in New London, Connecticut had used their authority under eminent domain to take property from an unwilling seller and make it available for private development, a transfer of private property that the High Court said was Constitutional, but which generated a wave of public opposition.

Michigan also was among the states that responded to the Supreme Court decision. By a margin of 80 percent to 20 percent Michigan voters in 2006 enshrined in the state Constitution a provision that forbids local governments from using eminent domain to turn over condemned private property for development purposes. Seven more states that year — Florida, Georgia, Nevada, New Hampshire, North Dakota, Oregon, and South Carolina — also approved prohibitions by similar margins.

Robert Liberty, former executive director of 1000 Friends of Oregon and now an elected Metro Council member in the Portland region, reports from Oregon (see pix) that state voters on Tuesday overwhelmingly approved Measure 49, to repair the damaging effects of Measure 37 by limiting the large-scale developments that measure had permitted. Measure 49 also will clarify the right of small landowners, so-called “moms and pops” to build homes, as well as protect farm, forests, and groundwater. Under Oregon’s growth management laws, urban growth boundaries reined in sprawling development and are credited with conserving 16 million acres of farm and ranch land.

“Measure 49 passed by huge margins not only in the Portland area. Multnomah County voted yes by a margin of 79% to 22%, and it passed by 2:1 margins in the suburban counties,” said Liberty. “It also passed by 60-plus percentage margins in many other counties. It won in important parts of Central and Northeast Oregon — ranch country — such as Wasco, Umatilla and Hood River counties. It won by wide margins in Yamhill and Polk Counties, the home districts for Senator Gary George and Representative Larry George. George was the Executive Director of Oregonians In Action when OIA developed the property rights measures. This is significant because not a single Republican in the Oregon Legislature voted to refer Measure 49 to the voters, not one, including many Republican in whose districts the voters supported the measure solidly.

“The Yes on 49 Campaign pulled off a solid and very impressive victory,” added Liberty. “That is important not only in Oregon but for the nation, because it reaffirms our state’s commitment to a long-term strategy that balances rural conservation and urban revitalization.”

It’s important to note that just one property rights initiative appeared on an American ballot this year, and that was in Alaska’s Mat-Su Borough earlier this year. It was soundly defeated.

In Virginia’s Loudoun County, the fourth fastest growing county in the United States and a center of a clash over development on the rural edge, voted overwhelmingly for smarter growth candidates. Eight of nine seats went to growth management candidates, reports Stewart Schwartz, executive director of the Coalition for Smarter Growth in Washington, D.C. Meanwhile, in Fairfax County, the chairman was reelected along with other key incumbents who have supported strong transit-oriented development policies. “It showed that the backlash from some residents over the amount of growth near transit, is actually very limited in scope,” said Schwartz. “Chairman Connolly has been very strong on TOD, affordable housing, energy and global warming.”

Growth issues also dominated in about a dozen other counties in Virginia from the Shenandoah Valley to Richmond, and the Fredericksburg region, with smart growth candidates winning many races.

In Charlotte, an attempt to repeal the existing half-penny sales tax for transit was soundly defeated, 70-30. The decision means that the Charlotte Area Transit System will continue collecting the half-cent tax, which generated $70 million last year. Charlotte plans to build a commuter rail line to the Lake Norman area and to extend its existing light rail northeast to University City. It also wants to build a streetcar through central Charlotte and either a busway or light rail down Independence Boulevard. “The margin of victory stunned even transit supporters,” reported the Charlotte Observer. ” With all but one precinct counted, 70 percent voted against repeal, with 30 percent in favor of stopping the tax. The number of people voting for repeal — roughly 37,000 — fell short of the 48,000 signatures collected that put the tax back on the ballot.”

In Seattle, an $18 billion package of investments in roads and rapid transit was defeated. The Sierra Club and Ron Sims, the influential and respected executive of King County, opposed the measure because it included too much money for roads and not enough for transit.