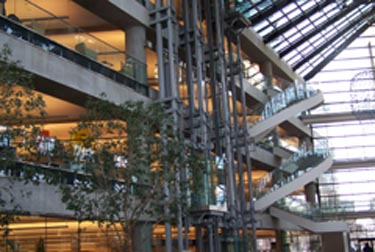 It took me a long time, too long in fact, to get a grip on this blog thing. Time constraints. Fear of not being able to commit. Uncertainty about audience. Distrust of the forum.

Like, dude, what was I waiting for? Turns out this is the deal for writers. More to the point, it’s the deal for any public interest minded soul intent on making a difference, wherever they are. Reason. The Internet is a global information and dissemination banquet, and like hungry guests at a Long Island bar mitvah, Web site visitors want to be first in line for the best stuff. The trick is to provide the digital delicacies that awake the uninformed, provoke the knowledgeable, and keep everybody coming back for more.

So far, the response has been earnest enough to make writing here every day a priority. But I also want to help you gain just a little taste of why I’m so enthused. Look at the range of interests and expertise already available in the Internet space, and being explored most successfully by new adapters, most of them born after 1975. Here is a collection of upcoming Internet media gatherings and conferences. Click on a couple of the conference links and you’ll see how rich and stoked this sector is, and it’s just going to get hotter. Never before have creative people, political people, public interest organizations, writers, creeps and heroes and cranks had access to a mass audience, literally with a click.

You have the creative folk figuring out how to turn the currency of fame gained on the Internet into real money. Here’s Justin Kownacki’s “Something to be Desired,” an online sitcom that he’s busy marketing to the world. The acting’s a little rough and the scripts aren’t yet Steven Spielberg quality, but you get the point.

Now there’s nothing stopping smart and dedicated journalist types of the old school from adopting the tools of the new school. It’s like transforming an old Carnegie Library into a modern temple of information, like the Salt Lake City Library (see pix). One thing we old school reporters know how to do is structure and frame non-fiction story telling. So we gather some bright younger folk around and collaborate. It’s happening at the Michigan Land Use Institute. Julie Hay has turned out a couple of nice pieces with Sound Slides of late. Doug Rose, our incomparable Web coordinator, is becoming a technical producer, and is preparing to post video interviews that we produced at the Seeds of Prosperity conference earlier this month. We have plans for a regular online TV interview and news show, regular videos, motion graphics, and interactive multi-media. The tools are available. The narrative of how communities are changing the rules of the development game to respond to the new signals of this century is compelling. The audience is clearly eager.

It’s easy to grasp how telling stories in video, audio, sound slides, motion graphics, interactive multi-media, and social media expands the audience and interest in any idea. So that’s why the Institute is so intent on moving as quickly as it can to gain new expertise. Very few public interest organizations on any side of the political spectrum are as expert in the new media as they are in understanding coalition building or lobbying to extend their influence. Those that can skillfully apply the new media will have enormous space to make their case.