Seven years ago New Yorker magazine writer Malcolm Gladwell published The Tipping Point, which explored the mix of episodic and serendipitous stages that turn a good idea into a cultural event. Gladwell’s book is as useful for explaining the genetics of a modern sensation as Alvin Toffler’s The Third Wave was in the 1980s for understanding the economic and cultural consequences of rapid change.

Both books are essential reading for grasping how global climate change has so recently and quickly evolved into one of the most significant economic and social organizing principles of our time. You might find that an odd statement since it’s been almost 20 years since NASA scientist James Hansen’s famous Congressional testimony in which he linked the fires then burning in Yellowstone National Park and the drought gripping the Great Plains to global climate changes wrought by man. I’d just returned from a trip to Montana and Idaho to cover the drought when my New York Times colleague, Philip Shabecoff, returned from the Hill and excitedly told several of us in the Washington Bureau about Hansen’s testimony. Phil, one of the fine environmental reporters of the 20th century, was certain that Hansen’s convincing testimony opened a new era of scientific and environmental research that would have consequences for every person on earth.

He was right about that. It just took 19 years for the idea to gain social currency. It gradually became clear that we were responsible for the ever more severe meteorological events of our time — a great Midwest flood in 1992, severe Florida hurricanes, the drowning of New Orleans, enduring drought on the Colorado Plateau. The tipping point, plainly, came last year with Al Gore’s courageous film, An Inconvenient Truth , that provided viewers with an engrossing narrative that joined a tale of personal discovery with a harrowing environmental journey of ruin that no longer can be denied. Gore is said to be a top candidate for the Nobel Prize. And if he chooses to run for president, he’d immediately be the front-runner and barring a meltdown of some sort, would win. 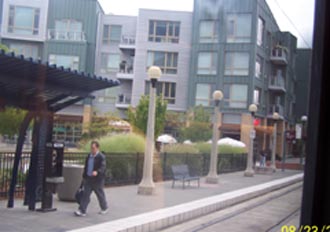 Since 1999, Salt Lake City Mayor Rocky Anderson, a Democrat, has managed much of his administration around the goal of reducing global climate change gases. The city was among the first to require muncipal buildings to be constructed to LEED standards. Miles of light rail line have been constructed in and around Salt Lake City, and much more is coming. Anderson directed that every city-owned light be changed to energy-sipping bulbs, saving $33,000 a year. In all, the Anderson administration reduced the level of global climate change emissions by 36,000 tons a year, a pinch of pollution in the global context, but enough to make Salt Lake City operate more cleanly and efficiently. While pollution decreased, the city’s population has grown, reaching 182,000 and nearing the 189,000 peak in 1960.

Anderson also was one of the nine original signers of the US Mayors Climate Protection Agreement, which commits those nine cities and 393 others that have signed on to reduce their global climate emssions. Traverse City, the center of our northern Michigan metropolitan region, just signed the agreement too. Every declared Democratic candidate for president in 2008, and Republican John McCain have embraced early campaign platforms linking energy security and global climate change. Governors, whether they are Democratic of Republican, are focusing ideas on energy and the environment through the global climate change frame. The two are likely to be serious issues in 2008, along with the war. All three, of course, are connected and the discussion could break through the usual campaign blather we’ve been subjected to for over a decade.

The last point is that responding to global climate change involves the very same steps that communities already are taking to reduce congestion, conserve farmland, protect natural resources, lower municipal costs and taxes, and make their places better. The Mode Shift we are seeing all over the country is prompted by the need to  be much more efficient in how resources, land, energy, and money are used. It means applying technology — whether it’s energy efficient building designs and practices, or new modes of transportation and community development patterns — in ways that limit pollution. And those are the very same ideas we’ve been talking about since I was in the eighth grade and dragging tires out of the Bronx River on the first Earth Day in 1970. The new market signals of the 21st century are higher energy prices, higher land costs, record population growth, intense global competition, speeding technological advances, and a menacing environmental breakdown. It takes awhile. But, fortunately, we’re showing we ain’t stupid.