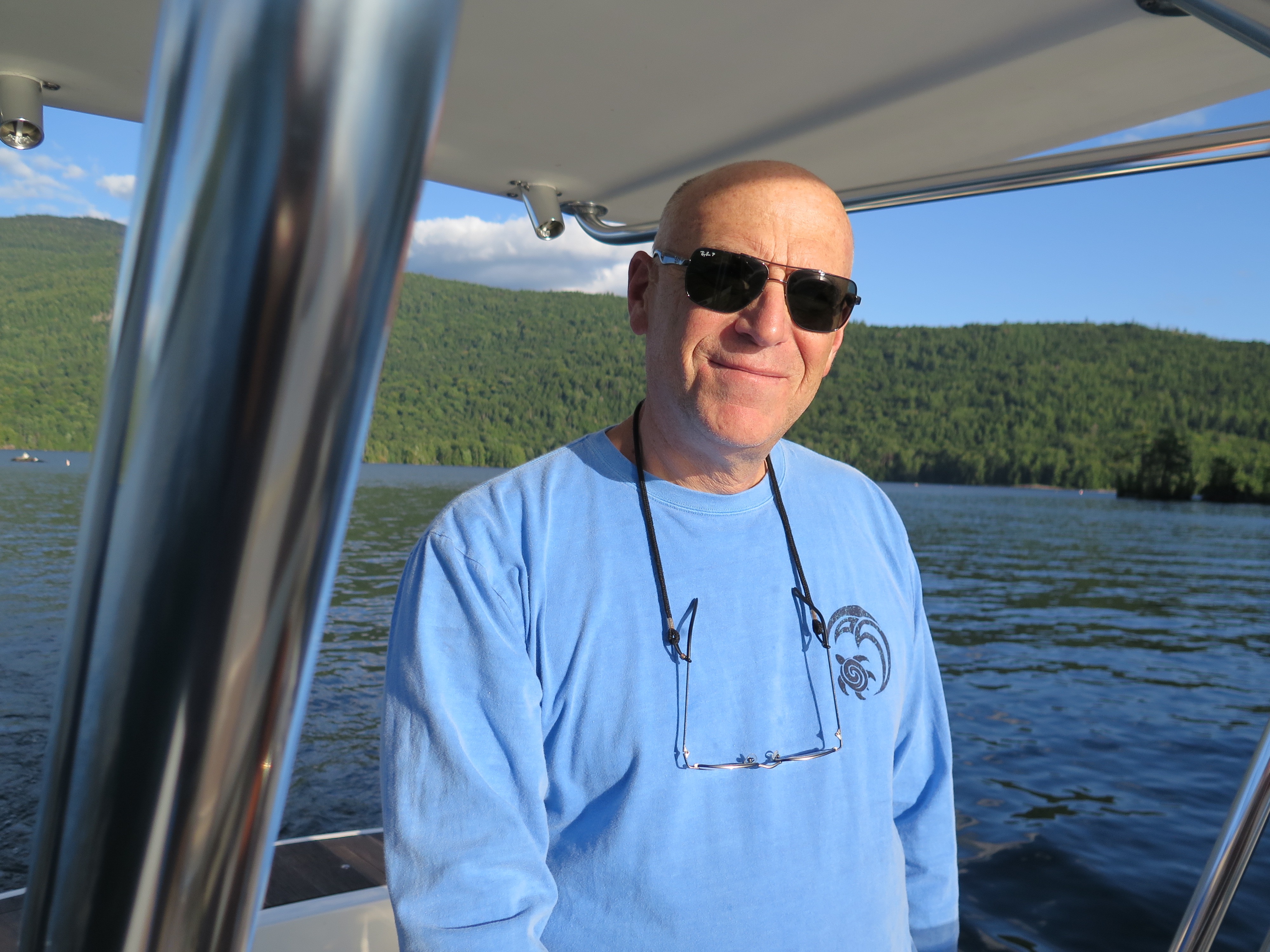 Andrew Feinman, my dear friend, died on May 11 at the age of 61 following a long struggle with prostate cancer. It amazes me to write that sentence. It’s confounding.

Andy Feinman is life to me. His life. Mine. His birthday in April followed mine by five days. Our lives tied together for 56 years. All that trust and knowing. His big heart and fabulous big brass section laugh. His distinctive mix of stubbornness and tenderness. Andy’s death came too soon for his family and his friends. Like everyone who loved him as a brother, I’m adrift. It’s like a mountain mined from the landscape of my life.

I was privy to a lot of what made Andy tick. He and I met in kindergarten at Highlands Elementary School in White Plains, New York. We were five years old. We lived two blocks apart. On our bicycles we roamed the quiet streets of a neighborhood of tall trees and stable families. We played tackle football in the big front yard of Andy’s house on Soundview Avenue. He could not get enough of his brother Bob’s record of an English farting contest. Andy and I spent too much time trying to emulate its sounds of grand flatulence. Harriet, his wonderfully loving mother, called us the “gruesome twosome.”

One of Andy’s gifts was truly inhabiting his deep friendships, and conferring to each of them unique properties. My relationship with Andy was about development and progress. We liked to check the performance boxes of our years. How we were doing. With his other close friends he liked to party hard, or carry on, or be wondrously serendipitous. With me, he wanted to share honest evaluation of how we were faring in life. Kind of a periodic life experience report card.

We invited each other into the various rooms of our souls. Our professional ambitions. Our array of insecurities. Sessions with therapists. The various frustrations, especially early on, of finding – and in my case – sustaining durable relationships with a mate. In our occasional periods of unexpected turbulence we encouraged each other to be resolute.

A Man in Full
Andy married well. His wife Mary, and sons Nick and Reuben, were his core. He was a superb husband — thoughtful and aware and steady. He was a great father — proud and respectful of his boys and completely dialed into what they are about. I occasionally had the chance to spend time with all the Feinmans. Andy had good reasons to be proud of his family.

Andy was well-educated, earning his undergraduate degree in communications from Syracuse University, and his Masters in business administration from Tulane. I spent long weekends with him on both campuses in the ‘70s and early ‘80s. He matured a lot between the two universities.

At Syracuse, Andy was a young lion in full celebration mode. He seemed to know every person at every party. His appetite for fun was immense and his stamina was otherworldly. He could sing every tune and dance with grace, and style, and ease.

At Tulane Andy was much more focused, and his career in finance reflected his hard work. Andy found various places on Wall Street, closing his career as a keen and supremely well-compensated researcher of investment opportunities.

Andy had rules of engagement with his friends, which generally focused on things he did not want to talk much about. Like his work. He did not spend a lot of time with me describing what he did or whether he enjoyed it. But he was so generous with what he thought of my work and the influence he viewed it was having on the world. He knew how good those conversations made me feel.

Time shared is an essential ingredient in any close friendship. Andy was the center of a galaxy of dear friends, men and women, who were very young when he was very young, and matured as he matured. The morning after Andy died. Mary called to say she and the boys would host a memorial service the last weekend in June. “Keith, somehow I’ve got to manage what we do,” Mary said. “If everybody tells an Andy story we’re never going to get out of there!”

Those Stories
Certainly, I have my full complement of Andy stories. The cars we crashed, the joints we smoked, the thrills of love gained, the agony of romances lost. As a young man Andy knew the best strip clubs in Manhattan. As a husband and father he knew the finest restaurants, and the best air packages for vacations out of town. He could be the grandest man and biggest baby. He is the only Jew I know who liked to fish. He was self-aware and self-absorbed. He liked big cigars. He loved to party. He was smart, much smarter than he gave himself credit for.

Andy and I had shared quite a lot about his frustration in his early thirties at not finding a suitable mate. Just before he met his wife he came to spend a weekend with me in Washington. I recall making several suggestions, most of which translated into “just chill. You’ll be good.” Bingo. He called a few weeks later and said he’d met this fabulous woman named Mary.

One of my favorite Andy stories occurred just after, when Andy and Mary were about to get married. He called and said they were planning to have two events on successive weekends in New York – the wedding the first weekend, the reception on the second. Without exhibiting nearly the sensitivity that the moment demanded, I questioned the plan. I asked, why two events? It would compel friends from out of town – among them me — to have to travel twice to New York. Andy was furious with me. Maybe more agitated than he’d ever been. It wasn’t like he was asking for my approval. It was more about recruiting my support.

He fumed at me for weeks. We talked a lot. He did what he wanted, as he always did. And what he wanted from me, as he always did, was to be there for him. I was. I joined Andy and Mary at their wedding. I gave the toast the next weekend at their reception. It was a display of love, trust, and loyalty between two men who’d learned everything about each other from the time they were boys.

There is so much to love about Andy Feinman. His parents and his wife’s marvelous warmth. The energy and intelligence of Nick and Reuben. His quirks and distinctions. His big heart and unfailing impatience. His stubbornness and tenderness. His loyalty. His giant capacity for fun. My dear friend Geoff Keenan calls it the “Andy Doctrine.” There was no artifice to Andy. He lived with arms wide open to experience, yet wrapped tightly around those he loved.

I know how hard his death is for everyone he held close. It’s miserable for me. Andy wouldn’t want any of that. His life is a beacon for guiding everyone he knew how to be alive every moment. I love him for that and so much more.

10 thoughts on “Farewell To My Dear Friend Andy Feinman”