My friend John Wilke, a reporter for the Wall Street Journal, and one of the smartest no-nonsense journalists I ever had the good fortune to know, died today. A man who chose the news as the center of his professional life did an awful good job of keeping his own illness from being the news. I only learned of his trials with cancer a little more than a week ago. But for those of us who admired John as a man and as the defender of a resolute style of uncompromising reporting that is gradually ebbing I offer his family and friends my condolences and this memory. 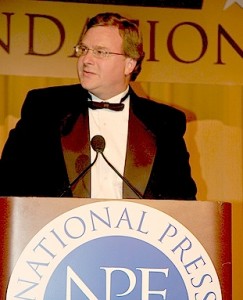 In 1985,  John was still a reporter in Business Week’s Washington Bureau and just two years into the hard-nosed print journalism career that became his signature. John and I were in New York on a warm early spring evening where we were joined by John Herzfeld, another young writer making his way in an era marked by the firm conviction that the logical conclusion to smarts and hard work was a desk in one of the country’s major newsrooms. We were White Plains guys, born and raised. And along with our roots we shared the unlikely allegiance to good reporting and the interesting life that a journalism career could produce.

That night was of particular interest to Wilke and to Herzfeld, his very close friend. Only a month before I’d spent a day with the editors of the Washington Bureau of the New York Times. Though the evening was filled with drink and talk and miles of ambling down Broadway and then Fifth Avenue and across Greenwich Village I vividly recall the underlying issue nagging both. When we reached Washington Square Wilke and Herzfeld, relentless intellectuals and virtuoso talkers both, honed in on questions of news principles and values, and the completely fathomless — even ridiculous — idea that one among them might become a Timesman. The mix of joy and pride and envy and interest was so authentic, so remarkably unbridled. So endearing. Those few hours bound a hometown friendship in a fraternity of professional progress that lasted a lifetime.

Wilke, of course, went on to build one of the great business reporting careers of his generation. A 1983 graduate of the Columbia University School of Journalism, John reported for the Washington Post, Business Week, and joined the Boston Globe in 1986. In 1989 he became a reporter in the Wall Street Journal’s Boston Bureau where he covered technology, and then moved to the Journal’s Washington Bureau in May 1995. He served as an investigative reporter and an editor, and in both capacities insisted on airtight reporting and unyielding fact checking. His work on law enforcement and government regulation, federal courts, and the Justice Department was regarded as definitive.

In 2007, as a member of a Journal team reporting on the Hewlett-Packard spying scandal, he was a finalist for the Gerald Loeb Award for Distinguished Business and Financial Journalism from the University of California Anderson School of Management. The same year he won the National Press Foundation’s Everett McKinley Dirksen Award for Distinguished Reporting of Congress. The award recognizes journalists whose work shows thoughtful appraisal and insight into the workings of the U.S. Congress.

The quality that I most admired about John was how funny and wry he could be. He brought that distinctive energy to his work. As a journalist he never encountered a soft underbelly he wasn’t willing to poke. And among those of us who knew him as a boy and as a man, John’s knowing grin, ready laugh, and formidable intellect always served to enlighten. 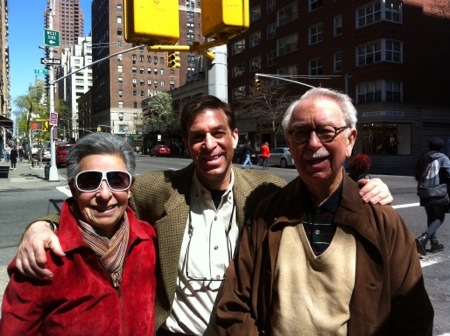 19 thoughts on “Death of a Great Reporter”