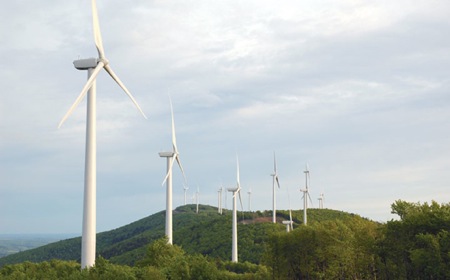 Gabrielle Gurley, a writer for Commonwealth, the magazine of the think tank MassINC, has a rigorously balanced assessment in the most recent issue of the simmering dispute in American environmentalism about big clean energy projects. All across the country, including Massachusetts, where Gurley bases her reporting, grassroots environmentalists are fighting to block clean energy installations.

In the battle between principle and pragmatism, the efforts by older green activists is producing a generational schism in the movement, one of several fractures opening in American environmentalism around clean energy and climate issues.

“Younger environmentalists, alarmed by climate change, seem to have less patience for the siting battles,” reports Gurley. “Alyssa Pandolfi, in her third year of environmental science studies at Northeastern University, is a member of the Husky Energy Action Team, which looks for ways to get students and university departments to reduce their energy usage. She gets frustrated with environmentalists who are more concerned about blocking wind farms than they are about greenhouse gases, acid rain, or the chronic diseases that affect people in coal mining states like West Virginia and Kentucky. “What’s a wind turbine on the horizon if we are killing people [with] our current energy system?” she asks.

Craig Altemose, a graduate student at Harvard and the coordinator of Students for a Just and Stable Future, lobbies on Beacon Hill for a task force to research how the state can move toward 100 percent clean energy statewide in the next decade. He believes that there is no legitimate way to oppose wind projects based on their impact on the environment.

“Every place that you try to preserve today is going to be a different place a hundred years from now if we don’t stop putting carbon and other greenhouse gases into the atmosphere,” he says.”

Readers of ModeShift know how concerned I’ve been about the environmental movement’s response to scaling up the clean energy sector. Earlier this year I designed and helped to execute a public engagement process to help a local utility, Traverse City Light and Power, generate 30 percent of its energy from local renewable resources. The utility wanted to build a right-size, 10 mw, wood burning biomass gasification plant  to replace  dirty coal-burning baseload generation.

Grassroots leaders objected, asserting the plant would “slaughter” forests, “injure” public health with particulates, and cause all sorts of other entirely fictional results. The utility board, after initially voting to approve the biomass plant, abandoned the idea in June citing public opposition. One of the board members who approved and participated actively in the communications plan, Jim Carruthers, who’s also a Traverse City commissioner, then ripped me in the local news for doing “a horrible job” in the engagement process. So  much for working with political pipsqueaks.

By no means, though, was the utility’s experience with such opposition unique.

There will be more reporting on this divide in environmentalism. It represents a threat to the air, water, and land that environmentalists assert they want to protect. It also represents a threat to the movement’s credibility, which this year is sustaining huge damage with its failure (our failure, my failure) to move a nation to action on energy and climate. How can a movement remain influential when one sector — national groups in Washington — actively fights for clean energy investment that a second significant sector — the grassroots — doesn’t think is valuable and is organizing to block. Answer: it can’t.

In the U.S., An “Episode” Set to End, Another Ready to Start