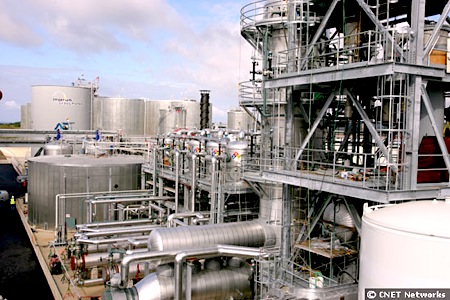 Last November Senator Hillary Clinton delivered a major policy speech in Iowa, during which she described her clean energy and jobs proposal. Three months later, in a speech in Seattle, Senator Barack Obama outlined his clean energy plan. Every week now, in many of their public appearances, both Democratic presidential candidates mention the millions of “green-collar jobs” they anticipate from an energy strategy that stresses clean renewable sources and moves the nation away from a carbon (read that oil and gas and coal) energy economy.

Senator John McCain, the Republican nominee, who’s assured action on global climate change if he’s elected president, also gingerly notes the need for what he calls “alternative” sources of energy. His policy platform is decent. But he’s under enormous pressure from the Republican governors of carbon energy producing states to refrain from addressing either issue.

There’s good reason for such attention to clean energy and jobs in the campaign. Both concerns attach no partisanship. And evidence of the transition at the grassroots, among the tens of thousands of entrepreneurs in the clean and green energy sector, in city governments, in specific metropolitan regions is emerging. The clear outlines of the new green economy are becoming clearer by the week:

1. Three times as many miles of new light rail and commuter rail transit have built in the U.S. since 1992 than miles of new divided super highway.

2. Texas, with nearly 4,400 windmills, is the largest generator of electricity from wind in the U.S.

3. Pacific Gas and Electric has reached agreement with BrightSource to build three solar-powered electric generating stations in California’s Mojave Desert that could eventually produce 900 megawatts of power, or equivalent to the largest coal-burning power plants in the country. An agreement is in negotiation between BrightSource and the state trade unions to build and maintain the plant with high-paying union workers

4. Ford and General Motors have joined Honda, Toyota and other vehicle manufacturers in designing and building fuel-efficient hybrid vehicles, and Google has vowed to promote the market for 100 mpg plug-in hybrids.

6. The Imperium biofuels plant in Grays Harbor, Washington was constructed by some 300 union workers in 2006 at a cost of $60 million. It is the largest biofuels refinery (see pix) in the country and is focusing its business strategy on developing bio jet fuel.

7. The strongest housing markets in the nation are now in metropolitan neighborhoods, and downtowns with good rapid transit.San Francisco, for instance, is the only city in the Bay Area that experienced a rise in private home prices since last year. The distant suburbs, meanwhile, are experiencing the sharpest drop in home prices.

8. The number of homes sold in Richmond, Walnut Creek, Corte Madera, and other distant San Francisco suburbs have fallen 50 to 66 percent, and prices have tumbled 30 to 40 percent in a year. These trends are consistent with the experiences of other major metropolitan regions on both coasts, the South, and the Middle West.