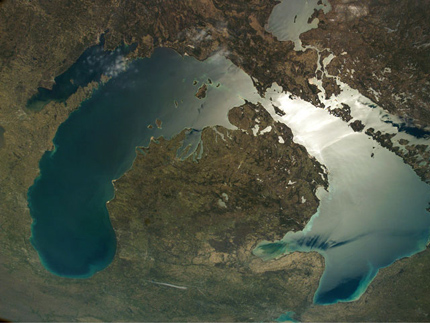 Late on the Friday night before the Memorial Day weekend, Republican and Democratic lawmakers in Michigan reached agreement with Democratic Governor Jennifer M. Granholm on a very temporary fix to close an $800 million state budget deficit. The deficit, for those who might be unfamiliar, is what happens when what the state earns in tax revenue doesn’t keep up with what it spends on programs. Next fall the crisis worsens when lawmakers look down the raw throat of a $1.8 billion deficit.

There are reasons to sympathize with our governor. Ever since she took office in 2003, Granholm has faced the nation’s largest state budget deficits. Their cause is two-fold. During the 1990s Michigan’s Republican Governor John Engler, and the Republican-led House and Senate engaged in a program of tax cutting that steadily diminished the percentage of personal and business income that Michigan paid in taxes. Then came the acceleration of energy, land, and living costs, globalization, and declining incomes across the country. The state’s manufacturing sector, which has lost over 300,000 jobs since 2000, went into free fall, further reducing income and sales tax revenue. The result is that over $4 billion in revenue has drained from state coffers since Granholm was sworn in. As recently as the 2004/2005 fiscal year, Michigan earned $9 billion in general fund revenues. In fiscal 2007/2008, it is expected to raise $7 billion in general fund revenue. Michigan now has 52,299 state employees, fewer than at any time since 1973, when the state’s population was 9.1 million or 11 percent less than the 10.1 million people that live here today.

But if you’re getting ready for me to take a swipe at those tax-cutting Republicans, forget it. The governor and her Democratic allies, who are pressing for tax increases to balance the budget, have just as much responsibility for producing Michigan’s budget mess. Both sides are tangled in the heavy ropes of partisan and ideological conflict.

There’s a way out — collaboration around new ideas — that is proving successful in the prosperous regions of the country and ought to be just as useful here. There’s nothing new about this approach, other than how well it works at the state level in California, Maine, and North Carolina, and in metropolitan regions like Denver, San Diego, Albuquerque, St. Louis, and Chicago. Those of us who’ve engaged in intense public disagreements over highways or new Wal-Marts, farmland conservation, windmills, natural rivers, and downtown development also know that the resolution often accompanies proposing a better idea. An alternative to the status quo. A vision that makes sense for its time and can generate common ground.

The problem with Michigan’s budget standoff, now in its fifth year, is that neither side has agreed on such a vision. Republicans want to keep cutting programs they don’t much like, including environmental protection, health care, and the union-dominated public school systems. Democrats want to spend in those same programs. But if you look at most state-financed programs, you see very quickly that, with few exceptions, they are meant to ensure the continuation of ideas that fit the 20th century, not the 21st. Put another way: As long as Michigan’s state government defends its authority to spend on the programs it’s financed over the last 35 years, it really won’t make much difference for ensuring prosperity for the next 35.

Transportation’s $3.4 billion budget is heavily weighted to building and maintaining roads. Under 10 percent of the budget is devoted to public transit and not one penny is focused on regional rapid transit, which has proved so successful in igniting economic development in Washington, San Diego, Salt Lake City, Portland and nearly 30 more cities since the late 1980s.

The state’s $113 million agriculture budget includes $3 million to promote Michigan farm products for global markets, and next to nothing to promote local food networks, which have far more capacity to generate higher incomes for food producers and processors, not to mention the ability to help preserve the state’s farmland and rural beauty, both important ingredients to prosperity in the 21st century.

A year ago the Michigan Land Use Institute, Michigan State, and the Upjohn Institute collaborated on an economic study that found that if Michigan growers increased the amount of fruits and vegetables they sold in local markets the shift could increase net farm income by $164 million, or nearly 16 percent. As farm families spend this new income, the study shows they could generate up to 1,889 new jobs across the state and $187 million in new personal income from those jobs. In other words if Michigan spent a little — a couple of hundred thousand dollars a year for technical support and capacity building — it could gain as much new income and as many jobs as it now tries vainly to do by spending tens of millions unsuccessfully in trying to attract new manufacturers.

The Department of Labor and Economic Growth, the principal economic development agency, spends 48 percent of its $1.3 billion budget on job training, and 9 percent on commissions, boards, and its own staff. But there isn’t any money devoted to the proposed Airport City that lies between Detroit Metropolitan Airport and Willow Run. The proposed new urban region of 450,000 residents and 350,000 new jobs takes advantage of the global reliance on air transport, the advanced manufacturing base, and the $1.3 billion a year in research grants earned by the three big universities in southeast Michigan — Wayne State, Michigan State, and the University of Michigan. The budget agreement reached on May 25, in fact, cuts $166 million in state support for higher education in 2007.

As Larry the Cable Guy would say, “I could do this all day.” The point is that as long as lawmakers are defending turf and ideology, Michigan loses. The vast pool of financial capital managed by our state lawmakers is being used to operate obsolete programs and support old ideas about growth and prosperity. The Michigan Land Use Institute published a report in 2005, “Follow The Money,” that identified $10 billion a year in state economic development funds used for schools, highways, universities, research, and other programs.

Michigan doesn’t have a shortage of money, as Democrats argue. The state’s budget is $43 billion annually. Michigan has a shortage of ideas, vision, and willingness to collaborate. So long as the state’s budget is devoted to building more roads not regional rapid transit, promoting farm products in the farm-killing global commodity markets, subsidizing sprawl in rural areas, selling state forests and other assets at bargain prices, and cutting funding to higher education in the knowledge economy, we all lose. Unless Granholm and state legislators develop a prosperity plan and the programs to carry it out that fit the 21st century — programs that promote fresh local foods, rapid transit, energy efficiency, environmental protection, housing and urban neighborhoods, and access to great schools — it doesn’t matter how much money the state spends or doesn’t spend. The existing programs neither buttress the present nor prepare for the future. They do, however, ensure that Michigan’s standing in the world will continue to diminish. 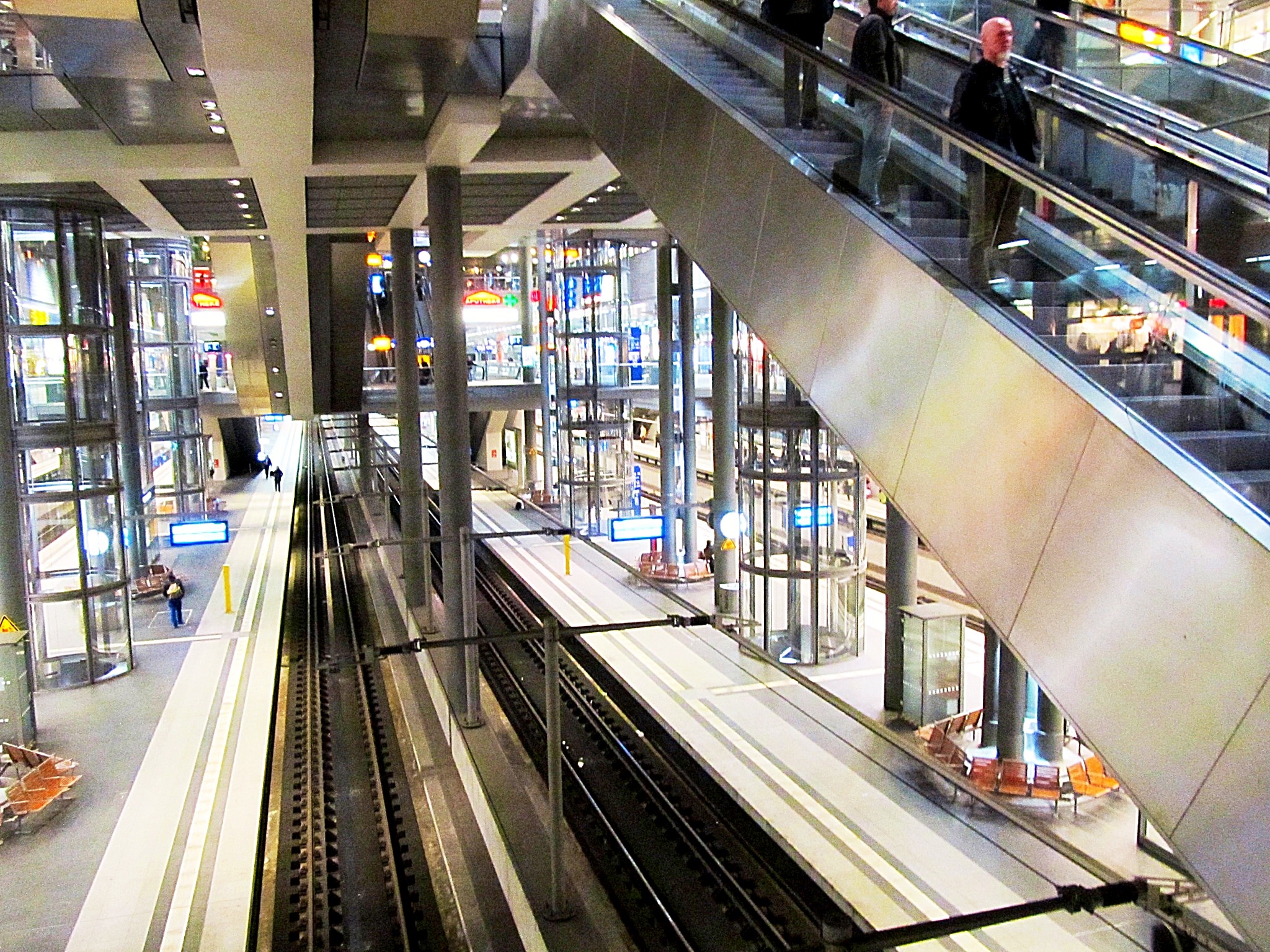 Where Cars Don’t Dominate, Rapid Transit and Strong Economies Do

2 thoughts on “The Michigan Crisis: Ideology Not Intelligence”