OWENSBORO, KY. — This flourishing city of more than 59,000 residents has occupied the high ground on a big bend of the Ohio River so long that its history includes being the winter encampment for the Lewis and Clark expedition in 1804. Owensboro’s famous sons include Johnny Depp, who was born here in 1963. Among its notable achievements is surviving the loss of 6,000 General Electric manufacturing jobs at the end of the 20th century, and emerging in the 21st with a rebuilt downtown, a magnificent Ohio River public park, a steadily growing population, and one of the best-managed small city governments in the country.

On October 18, 2018 Owensboro added more luster to its contemporary attractiveness when it opened the $15.3 million Bluegrass Music Hall of Fame and Museum. The 50,000-square-foot building, with the acoustically exquisite 447-seat Woodward Theatre at its center, is the latest addition to a downtown collection of new civic infrastructure that has pitched the old river manufacturing and trade city onto a development path very different from the one it pursued over the last 225 years. Nearby are a riverfront convention center, two new hotels with a third on the way, a new office building, a mixed-use riverfront building, the magnificent riverfront park, and a redesigned Second Street corridor of restaurants, watering holes, and shops.

The Bluegrass Music Hall of Fame and Museum fits right in. It’s a civic accomplishment that works in several dimensions.

The theater showcases the resonant songwriting and brilliant musicianship of a great and increasingly popular American musical genre.

The Hall of Fame and Museum honors the musicians that developed bluegrass and popularized it across the United States and the world.

And Owensboro can rightfully call itself the authentic capital of bluegrass. The city lies just 37 miles north of Rosine, KY., the birthplace of Bill Monroe, the mandolin player who was the father of bluegrass music.

But even as the ingredients for a new hall of fame and museum were apparent in Owensboro, mixing them to produce a successful formula for construction took years of work. Much of it was led by Terry Woodward, an Owensboro musical entrepreneur, who helped start the International Bluegrass Music Association (IBMA), and recruited the association to open an office in Owensboro in 1986. Woodward also helped start the International Bluegrass Music Museum, a separate non-profit that temporarily closed in 1999 due to funding issues.

Woodward recounted some of this history on Thursday evening during an engrossing presentation that included personal thank yous to dozens of musicians, board members, government officials, business leaders, and staff members who made the opening possible.

One of them is my wife, Gabrielle Gray. Woodward recalled that he and colleagues were able to reopen the museum in 2002, and recruited Gabrielle to direct it starting in January of 2003. During her 13 years, the organization’s staff, board, and volunteers produced bluegrass programs in Owensboro’s schools, prepared oral video histories of bluegrass pioneers, provided music lessons for thousands of students, and founded ROMP, the annual bluegrass music festival that annually attracts thousands of people to a long June weekend of great music.

Chris Joslin, the director who succeeded Gabrielle, has added his own grace notes to a job that with the new Hall of Fame and Museum, has grown measurably more visible and complex.

I met Gabrielle in 2011, while completing a project in Owensboro. By then the Bluegrass Music Museum and ROMP were fixtures in Owensboro, important pieces in the city’s bid to reshape its economy around events and entrepreneurism. To make that vision successful, Owensboro needed to become a more inviting, dynamic place to live and to visit.

City leaders, in alliance with Daviess County leaders, were fearless in pursuit of that goal. They approved a downtown development plan to modernize streets and the riverfront. In 2009, in the face of the national recession, they passed a small tax increase to generate $80 million in public funds to put the new infrastructure in place, and leveraged tens of millions in private investment.

In Daviess County, “no new taxes” conservatives opposed the tax increase as a waste of money. But the plan worked. A decade later Owensboro is a different place. An active, energetic city. The riverfront park is busy nearly all the time. Second Street is a developing boulevard of sidewalk eateries and boutique shops. The city’s population is climbing along with its housing values. Owensboro is a top Kentucky job generator and has been for at least seven years.

Terry Woodward described on Thursday evening that the spirit of public investment for public purposes that motivated Owensboro’s redevelopment also was apparent in constructing the Hall of Fame and Museum. He said the city provided $5 million. The county contributed $500,0000. And the state added $5 million more to its construction budget.

When you talk to the young homegrown lawyers and policy specialists who now occupy positions of influence in Owensboro business and government, they’ll express a sense of enthusiasm that is rare in America today. Used to be that the city’s young achievers, graduates of the strong city, county, and Catholic schools, moved away after finishing college. Today, more natives of the city and Daviess County are staying in Owensboro. The strength of home sales to young families in neighborhoods closest to downtown is evidence of that trend.

On Thursday evening, every seat in the Woodward Theatre was filled by people who participated in the decades-long project to build a new home as splendid as the music and musicians it honors. The all-star band of bluegrass musicians assembled for the evening concert played and sang beautifully. The vibe in the theater was so fun and so free. The evening ended with a surprise, a great touch. Terry Woodward himself was inducted into the Bluegrass Music Hall of Fame.

I thought, here is a city in America that works. A steady place, in a beautiful state, along the mighty Ohio River. That, I thought, also is beautiful music. 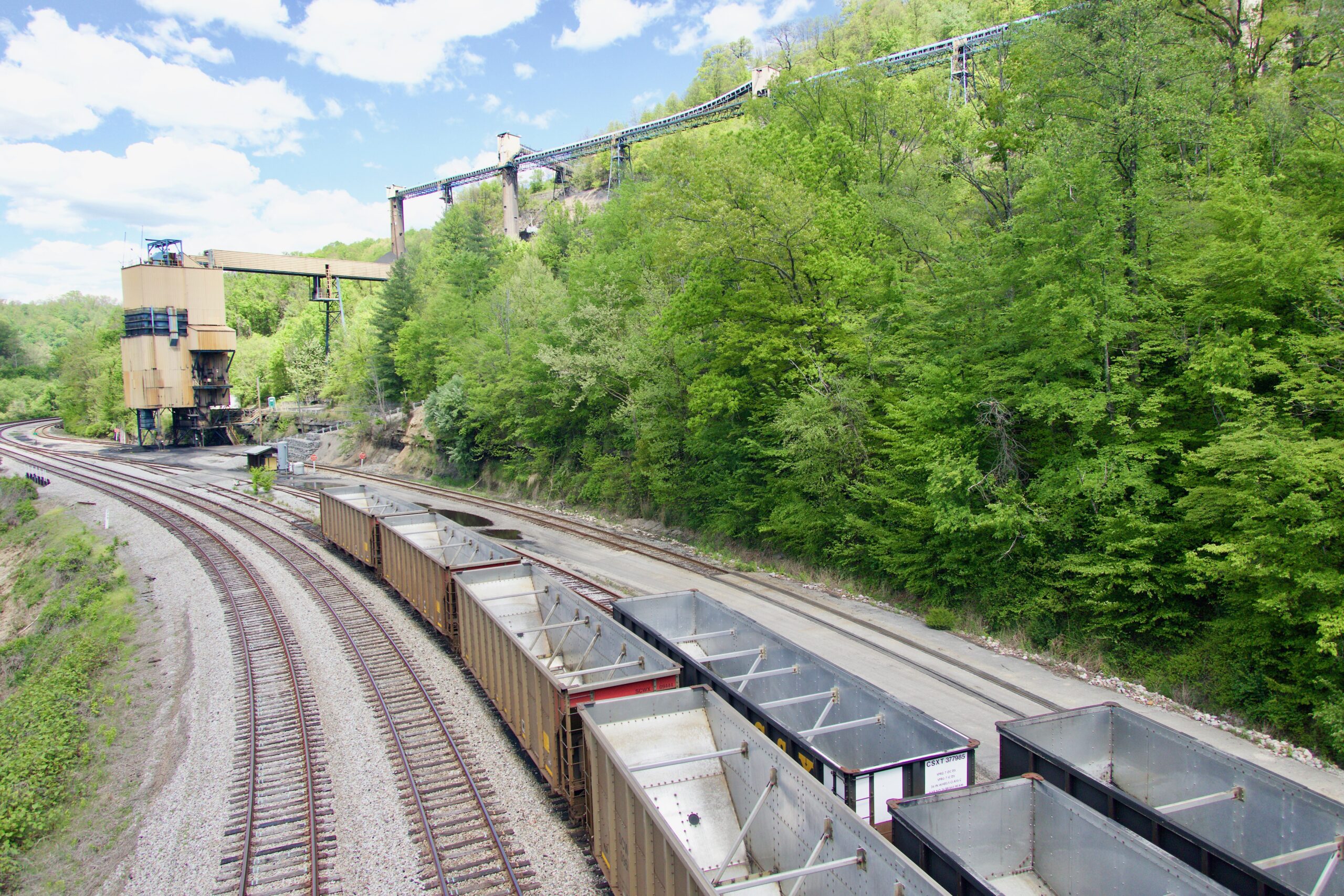