The weight of history is a heavy burden. Just ask the developers of nuclear power, or the manufacturers of toxic farm chemicals, or the makers of cars that aren’t competitive in fuel economy or quality. These industrial sectors, and many more, were reshaped by cultural, political, and economic trends they neither anticipated nor were able to manage. Now that weight appears to be pressing hard on the American coal industry and the utilities that buy its globe-threatening product.

Here in Michigan residents in five communities have aligned with the big hitters in the state environmental community to oppose new coal-fired power plants and promote renewable sources. Four years ago just that sort of coalition halted in its tracks a proposed 425-megawatt, $700 million coal-fired plant in Manistee.

Now from the coal-producing West, and from several more critical states in the South and Great Plains, comes word of enormous turbulence in the coal market and utility construction industry. Montana residents and alternative energy advocates, according to a report today in the Helena Independent Record, are giving coal producers unaccustomed fits in mining production and power plant construction. Citizens are challenging the air quality permit of a proposed 250-megawatt, coal-fired power plant near Great Falls on the solid legal ground that the state did not consider the CO2 emissions. 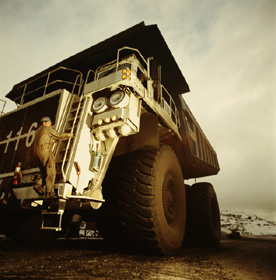 Other proposed plants and coal mines are in limbo across Montana because of the market uncertainty prompted by citizen concern about coal’s primary role in causing global warming. Those proposals include a new mine near Bull Mountain, another new mine near Carpenter Creek that was meant to supply coal to Michigan and other Midwest states, and two coal liquification refineries planned for Great Falls and Butte.

Meanwhile, according to a new public opinion poll in Kansas, voters by a 2-to-1 margin agree with the decision by the state to block construction last year of two coal plants in western Kansas. The poll by Cooper and Secrest Associates, a Democratic political consulting firm, found that the 62 percent margin of support was less in western Kansas, but still a majority — 51 percent, while 40 percent disagreed and 9 percent weren’t sure.

In October, the Kansas Department of Health and Environment rejected a permit that would have allowed Sunflower Electric Power Corp. to build two 700-megawatt plants. According to the Kansas City Star, “Secretary Roderick Bremby blocked the proposed coal plants because of concerns over the impact of carbon dioxide emissions on global warming. But Sunflower is fighting the decision and some legislators have vowed to tackle the issue this session. ”

Indeed, the coal and utility industries have tremendous stakes in what is gradually becoming an epic struggle between an industry’s economic prospects and a planet’s ability to support life. For the time being, the industry is more than holding its own. Coal accounts for at least half of the energy used to meet America’s electricity needs, and coal-fired power plants produce 40 percent of the country’s carbon dioxide emissions.

Since 2001, coal consumption nationally has risen gradually, according to US government figures, but several industry officials have forecast that demand could double by 2017. That surge would be the result of new technology to turn coal into liquid fuel. Last month, Congress approved an energy funding law that largely ignores the rising sentiments against coal as a fuel source, but nevertheless provides the industry what it wants — political and financial support in Washington, support that none of the presidential candidates of either party are challenging.

The law allows the government to give up to $8 billion in loan guarantees to develop what Congress calls “clean coal” power plants and create liquid coal. Both are an urgent threat to accelerate global climate change, according to scientists. Meanwhile, the new energy bill provides up to $240 million a year through 2012 on projects that would capture and store underground the carbon dioxide emissions from coal-fired plants.

Bottom line here: a whole lot more organizing is needed, along with making the case that alternatives are a much wiser investment for the economy, jobs, the environment, and public health.

A note to Mode Shift readers. It’s good to be back after a much-needed break. Thank you all for making this blog a treat to write. At year’s end Mode Shift had attracted 2,150 visitors a month, about 70 readers a day. I found a good pace for posting. About nine or ten posts a month. In 2008 I plan to increase the number of posts and to add new features. If you have ideas please let me know. And have a great year.