“The beauty of switchgrass is how hearty it is and how fast it grows,” said Dr. Suleiman Bughrara, a plant breeder at Michigan State University. “One acre can yield 12 or 13 tons of grass. That can produce 500 gallons of ethanol. We have work to do. But that kind of production is possible, and pretty quickly.” Credit: Gary Howe

Across Midwest labs race to break down cellulose

EAST LANSING, MI – Amid row after row of high yield corn and soybeans, the two field crops that for decades dominated agricultural research and farming as it’s done in the Middle West, stands a tiny plot of tall switchgrass at Michigan State University’s crop and soil science farm here.

Dr. Bughrara’s hunch turned out to be right on the mark. Last summer, the U.S. Department of Energy approved a five-year, $125 million grant to establish the Great Lakes Bioenergy Research Center, a partnership between Michigan State and the the University of Wisconsin to develop the basic science behind turning crops into transportation fuels.

Though fermenting the starch from corn into ethanol is the favored and disputed conversion of the moment, Dr. Bughrara says it is much more efficient to turn the sugars in cellulose, the basic structural material of fast-growing grasses, into ethanol. There are 161 ethanol plants in 23 states, 78 more plants than in 2002, according to the Renewable Fuels Association. All but a handful convert corn to ethanol. A $100 million plant near Soperton, Georgia, which will process wood waste into ethanol, is under construction and scheduled to open next year.

So many scientists at the nation’s land grant universities are studying switchgrass and other native prairie plants that once covered the Great Plains, they have emerged as America’s new agronomic superstars. “The beauty of switchgrass is how hearty it is and how fast it grows,” said Dr. Bughrara, whose field plot here has become an attraction. “One acre can yield 12 or 13 tons of grass. That can produce 500 gallons of ethanol. We have work to do. But that kind of production is possible, and pretty quickly.”

Federal lawmakers agree. Last December, Congress amended the national Renewable Fuel Standard, and set a goal of producing 36 billion gallons of renewable fuel in the United States by 2022. Corn will be the base for less than half of the ethanol. The single largest source – 16 billion gallons – will come from cellulosic ethanol. Americans currently burn about 140 billion gallons of petroleum-based fuel each year.

Scientists and industrialists contend that the promise of cellulosic ethanol is enormous. It could make a huge difference in reducing America’s imports of foreign oil, which are draining nearly $60 billion a month from the economy. Producing cellulosic ethanol on marginal land and in regional biorefineries will employ thousands of farmers, and tens of thousands of plant workers in American-made, green-collar jobs. And greenhouse emissions from cellulosic ethanol are 85 percent lower than burning gasoline, according to the Department of Energy’s National Renewable Energy Laboratory in Colorado.

There are hurdles to overcome. For one thing, the sugar in corn is readily available, while obtaining sugar by breaking down cellulose is difficult. Indeed, from Nebraska to Illinois, from California to Cornell, university-based crop scientists and chemical engineers are probing the genetics, molecular structure, cellular walls, and other basic biological facets of grasses and other green plants that until recently garnered little more attention in scientific and agricultural circles than as forage for livestock.

Backed by hundreds of millions of dollars in grants that have begun to roll out of the federal Departments of Energy and Agriculture, from California and other states, and from industry, land grant universities have embarked on a once-in-a-generation scientific and industrial development campaign to use the might of American agriculture to replace much of the nation’s imported oil. Only the genetic engineering breakthroughs of the 1980s, and the introduction of farm chemicals into agriculture more than half a century ago, rival it in scope and complexity.

“This is science with a purpose,” said Bruce Dale, a professor of chemical engineering and one of the leaders of MSU’s new bioenergy research center. “The United States uses 140 billion gallons of gasoline a year, over 65 percent of it from imported oil. If we improve plant science, processing, fermentation, we are capable of developing a bio-economy that is much cleaner than the petroleum economy, and can replace all of our imported oil with liquid fuels produced from crops.”

Whether that is possible without causing shortages of staple crops, higher food prices, and serious unintended consequences to soil, air, and water is a source of considerable debate in and out of academia. But many respected authorities say it is, including the New York-based Natural Resources Defense Council, a national environmental organization, and the WorldWatch Institute, a global environmental research group based in Washington.

“The world has discovered ethanol,” said David Morris, the vice president and co-founder of the Institute for Local Self Reliance, an influential research and policy organization in Minneapolis, and the author of numerous studies on the ethanol economy. “There are incentives for industry. Money is pouring into the land grant universities. For the research community, it’s a bonanza right now.”

To some extent American scientists and industrialists have anticipated this moment for a long time. When Rudolf Diesel introduced the world’s first diesel engine in the United States at the turn of the 20th century, he designed it to run on peanut oil. Similarly Henry Ford once predicted that “the fuel of the future is going to come from fruits, apples, weeds, sawdust, almost anything. There is fuel in every bit of vegetable matter that can be fermented.”

But it wasn’t until oil prices started to climb to $70 a barrel last year, and over $140 a barrel this year, that it became cost competitive to scale up a biofuels sector capable of filling some or all of America’s national gas tank. According to several researchers, a gallon of cellulosic ethanol will be produced for $2.30 a gallon to start, and perhaps $1.50 a gallon as the techniques and processing are perfected.

In other words, said Dr. Dale and other authorities, producing a gallon of ethanol that costs less than a gasoline is very close. It depends on developing the science to make green plants more productive, enzymes more reactive, fermentation speedier, and processing more efficient. The research team that Michigan State University has assembled to undertake the work spans more than a dozen departments and nearly 100 researchers and faculty.

Similarly large biofuels research programs are underway at other major universities. Researchers at the University of Illinois, for instance, are developing test plots of Miscanthus giganteus, a variety of sawgrass that grows 15 feet tall and is capable of producing 5 to 8 times as much ethanol per acre as corn.

The University of California at Berkeley is expanding its Renewable and Appropriate Energy Laboratory, and the University of California at Davis just opened the doors to a new energy efficiency research center. Both schools are responding, in part, to California Governor Arnold Schwarzenegger’s “clean energy plan,” announced in July 2006, to increase biofuel production in order to reduce air and water pollution and the state’s dependency on imported fossil fuels. Specifically, the governor’s plan calls for California to produce 20 percent of its own biofuels by 2010 and 40 percent by 2020.

Dr. Bughrara’s research at Michigan State is devoted to breeding new varieties of switchgrass that are heartier in dry and cold conditions, and easier to process into fuel. Dr. Bughrara explained that the energy in grass is in the walls of plant cells, composed of cellulose that contains various sugars.

Dr. Bughrara and his team of young scientists have set out to use the tools of classical plant breeding and molecular genetics to screen the best plants, map their genetic structure, and identify the most promising for fuel production. The grasses they develop will need little or no fertilizer, be capable of growing on marginal land not used for food production, and are perennial, which means the grass will be cut once or twice a year. “The biofuels industry starts in a field like this,” said Dr. Bughrara during a visit to his switchgrass test plot. “My work is to identify the genes to produce the best plants. The industry depends on good harvests.” 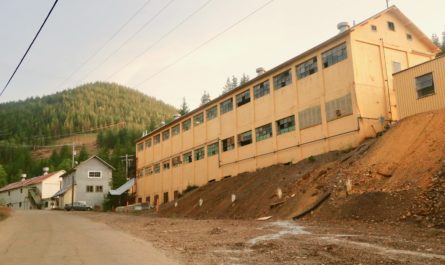