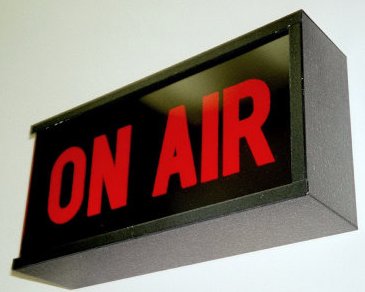 WASHNGTON — The Hip Hop Media Lab, an online non-profit that introduces low-income kids to the possibilities of making money with their creative talent, is a partner this week in producing the annual Take Back America conference. So is MoveOn.org, Living Liberally, Netroots Nation, and USAaction. This is the sixth edition of a three-day fest designed to introduce liberal America to some of the movement’s new icons — the New Organizing Institute, Hip Hop Caucus, and One Hood, among others — and to pay homage to some old ones — Jesse Jackson was in attendance today.

To be sure, the conference affirms earnest goals that would make America better. Those include ending the war, winning the 2008 presidential election, burying freemarket conservatism, promoting a national health care program, and developing a new economy that rebuilds the American middle class. Behind the broad themes are specific concerns — clean energy, environment, social justice, global climate change, media reform, restoring trust and faith in the legal system, and dealing with the crumbling banking system and housing markets are much featured in plenaries and sessions.

The important question, of course, is whether progressives can actually take back America. They’re making progress. A white woman and a black man are contenders for the presidency. Global climate change is a top tier public concern in the United States and around the world. Clean, green energy — renewables, energy efficiency, clean vehicles, rapid transit, high performance buildings — represents one of the largest and fastest-growing industrial realms in the United States.

Last summer, the American Solar Energy Society published a study that found 8.5 million Americans already work in green-collar jobs and that the various green energy and energy efficiency industries added $933 billion annually to the nation’s gross domestic product. Those industries included manufacturing the equipment and production of solar, wind, biomass, hydropower, hydrogen, and fuel cell power. It also included building efficient buildings and vehicles. By 2030, the authors predicted, 40 million Americans (1 in 4 working Americans) would be in green collar jobs and the value of the green collar industries in which they worked will add $4.3 trillion to the US economy.

But does all of this add up to a narrative that the majority of Americans 1) understand, and 2) embrace. That, friends, is not at all clear. Republicans built the governing majority that has essentially ruled America for a quarter century by convincing people that a handful of core ideas — tax cuts, deregulation, self-reliance, free markets, security, and prayer — represented the core chapters of the great millennial story of America. That it didn’t work is self-evident. The Republican narrative has produced one disaster after another — Iraq, mortgage crisis, dwindling incomes, widening gap between rich and poor, sanctioned torture, Katrina and New Orleans — and has given progressives an opening.

Yet can they jump through it and win? Maybe. And it’s not because of how progressives talk about their issues? They say too much with words that most people can not taste, touch, and see. One session here, for instance, is called, “Imperial Sorrows: The Domestic Costs of Policing the Globe.” Say what? Another is called, “Enpowering Workers: Progressive Imperative.” Who are we talking to? The introductory government class at Penn?

But we just might win because of two other progressive strengths that fit the 21st century. We’re much better at building the unlikely alliances, executing the effective convenings across race, class, regions, and workplaces that is so vital in this collaborative century. Labor, greens, Latinos, African Americans, women’s rights organizations, business executives, progressive think tanks, diplomatic organizations, research groups, city and state leaders are among the 2,000 attendees. And progressives do a very good job disseminating their work in their own media, much of it Web-based and on independent broadcast outlets.

The media center here is one of the conference’s nerve centers. Dozens of broadcasters congregate morning to night on “radio row,” interviewing attendees and guests. Behind a blue curtain in the same room is “bloggers row,” where roughly as many digital scribes work. And behind us are representatives of familiar magazines — Ms.Magazine, Mother Jones, The Nation, Washington Monthly, In These Times — and even more that I’m just coming to know — My DD.com, and Tapped.

Tom and His Green World

One thought on “Take Back America, The Narrative”