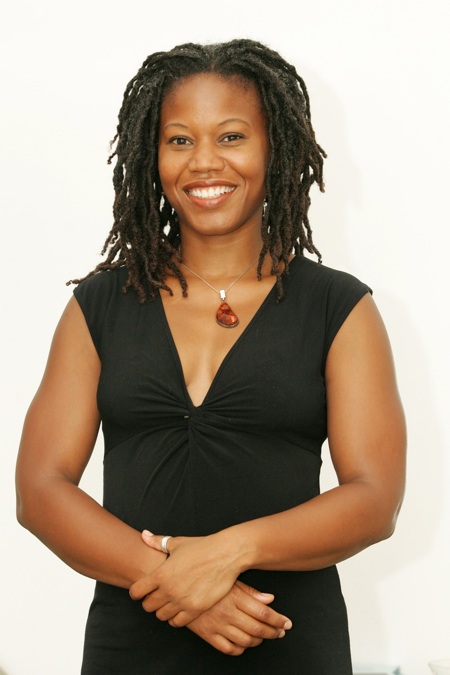 WASHINGTON — Last week in Pittsburgh, Van Jones, the 39-year-old founder of Green For All and one of the people who introduced the idea of “green-collar jobs” to both Democratic presidential candidates, brought more than 600 veteran union and environmental organizers to an awed hush. His address on the potential of the green energy economy to produce millions of jobs and a pathway out of poverty for disadvantaged inner city residents was a tour de force in mixing statistical analysis of global climate change, projections of industrial revenue in the developing wind and solar industries, and social justice metaphor and emotion.

Today, during the Take Back America conference here, an even larger audience heard from Majora Carter (see pix), the executive director of Sustainable South Bronx, a seven-year-old green advocacy and economic development group that has produced a new riverside park, promoted and installed green roofs, developed a state of the art green-collar job training program, and generated new jobs and hope in a Congressional district that is the poorest in the nation. “We went from here,” said Carter, her arms spread to the two screens displaying pictures of garbage dumps, incinerators, and refuse-strewn lots in her neighborhood, “to here.” The PowerPoint switched to a shot of the inviting, green, Hunt’s Point Riverside Park along the Bronx River.

The two presentations struck me as seminal. Never in my experience in the environmental community, a personal history that stretches back to the first Earth Day in 1970, has there been two young leaders as incandescent as Carter and Jones. And never in the history of modern American environmentalism have the two most exciting and important leaders been African American. Environmentalism has gained something it never earned before: soul and street cred.

After her talk, which was received with a standing ovation, Carter told me, “The work now is solutions-based. We’re applying our knowledge, our research, our advocacy to places to help people participate in this new economy. We are on the cusp of something so huge.”

When I asked her what she meant, Carter said, “We’re activating the green economy to transfer wealth and the capacity to participate to include poor people. We’re reaching across the traditional lines. It’s a very big change and a very big opportunity for everybody.”

It helps in image-conscious America that Carter and Jones are uncommonly beautiful and stylish. It also helps that they can communicate in whatever realm they need to. Carter was raised in the South Bronx, and has said in interviews that she knows the streets, and that her childhood included instances of abuse. Yet she also was educated at Wesleyan, where she received her degree in 1988, and later earned a Masters at NYU in 1997. In 2005 the MacArthur Foundation awarded her one of its “genius” awards.

Jones was raised in Jackson, Tennessee, attended the University of Tennessee in Martin, and Yale Law School. He is well-known in the San Francisco Bay Area for challenging police practices. His environmental roots are firmly planted in the same soil as Carter’s. Both see the emerging green energy economy as a way to revive job prospects in low-income neighborhoods abandoned by most American employers. In retrofitting buildings to be more energy efficient, in manufacturing solar energy systems, in installing green roofs and new parks lie solutions to joblessness, national security, and climate change. Theirs is not an environmentalism meant to point fingers. Instead it’s an environmentalism intended to wrap eager arms around capitalist opportunity.

Such a different message. Things change. So do leaders. These two have arrived at the perfect moment.

4 thoughts on “Majora Carter and the Green Energy Economy”