Bloomberg reported today that Royal Dutch Shell and Unilever NV joined 68 other companies in urging world governments to cap carbon emissions at levels that scientists say could stabilize the rising temperatures and keep the planet safer. Governments also are still working to develop a treaty for consideration in 2015 that would limit carbon emissions and keep the temperature rise since the late 19th century to 2 degrees Celsius or 3.6 degrees Fahrenheit.

Even Exxon Mobil takes seriously the threat of climate change, or at least the risk that governments may regulate carbon emissions. In March, at the insistence of shareholders, Exxon Mobil agreed to publish a report on its vulnerability to such regulations and the potential that some portion of its oil, gas, and coal reserves could become stranded assets.

Of all the steps that need to be taken to secure the planet from certain ecological turmoil caused by the warming atmosphere, arguably none is more critical than reducing carbon pollution. In April 2009, researchers from Germany, England, and Switzerland, led by Malte Meinshausen, a climatologist at Germany’s Potsdam Institute for Climate Impact, published “Greenhouse-Gas Emission Targets for Limiting Global Warming to 2C” in Nature, the science journal.

The authors found that human beings had no chance to keep global temperatures below 2 degrees Celsius unless the world released no more than 1,437 gigatons (1 gigaton is 1 billion metric tons) of carbon dioxide from 2000 to 2050. The scientists made a strong case for ensuring that the world’s atmospheric temperature not increase 2 degrees by limiting carbon emissions to 886 gigatons.

The problem is that 234 gigatons had already been emitted and at that rate the proposed 886 gigaton limit would be exceeded by 2024. Bill McKibben, in a breath-taking article in Rolling Stone two years ago, explained that if the world’s energy companies developed and sold all of the fossil energy in their global reserves, the amount of carbon released into the atmosphere would vastly exceed any of the proposed gigaton limits.

Most of the world’s governments have been slow to embrace the idea that climate change is an authentic threat to their national well-being. That’s because the killing hurricanes and typhoons, the murderous floods, the crop-ravaging and food price-raising droughts, the wicked fires aren’t wearing military uniforms. The attackers don’t carry guns and don’t seek to plant flags of invasion.

But the world’s people are coming to recognize the danger that is unfolding around them. And with steady strength they are calling for regulation on carbon emissions. It’s unclear how long a political breakthrough will take in the United States, Europe, China, India and other big carbon-producing regions. But pricing carbon and limiting carbon combustion seems inevitable, which is why energy markets are nervous about stranding trillions of dollars in coal and oil that will need to be left undeveloped.

In the meantime we as Americans have work to do to achieve other important steps to secure our safety. Here is a sampling:

1. Reject the politics of tax-cutting, government-hating, you’re-on-your-own, fiscal austerity. It takes a community commitment, a national commitment, people working together to decide priorities, set goals, and invest in achieving them to set a new path for efficient, non-polluting energy production.

3. Understand that the Earth is much more powerful than mankind’s flimsy transport, communications, energy supply, and food production networks. Two inches of snow cripples Atlanta and Washington. A winter of cold and ice tortured the American air transport network and affected manufacturing and US trade. The California drought is raising food prices. Warming air and water temperatures are factors in the toxic algal blooms overtaking Lake Erie and Lake Michigan. A heavy season of moisture brought down a hillside in Washington State. Ambivalence in Washington and state capitals, and disagreement about any sort of response has produced a dangerous era of delusion, dismay, and intransigence in our political life.

4. Know that the United States is capable of acting quickly and smartly once it decides to act. This is a nation that in the space of 20 years put a man on the moon, built the bulk of the interstate highway network, passed a Civil Right Act, enacted an environmental protection program that expanded economic opportunity, advanced women’s rights, invested in strengthening the nation’s research universities and laboratories. It is entirely possible that just the same level of courage and innovation can produce the low-carbon energy industries, and the jobs and economic opportunities that await this country if it responds aggressively to the climate change threat. 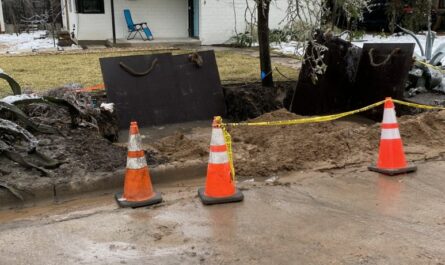