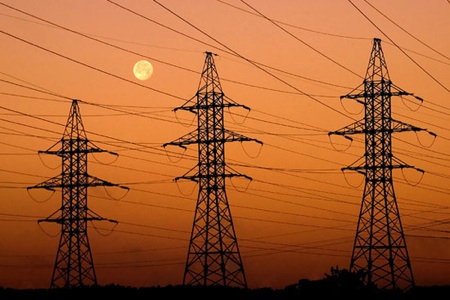 On March 2 more than 60 residents of Canyon City, Idaho appeared at a public hearing to consider a new 500-kilovolt transmission line that might run through their county. Most weren’t happy about it. “They brought us in late and they haven’t fulfilled their public involvement responsibilities,” said Ken Holliday, a rancher.

The public concern that residents displayed about Idaho Power’s 250-foot corridor, and the 150-foot tall towers that would command its route, is a microcosm of the fierce resistance that citizens are mounting in Idaho now, but also in seven more states. Idaho Power abandoned another route along I-84 because of even stiffer citizen opposition.

In February 2009 President Obama signed into law the American Recovery and Reinvestment Act, which included $10.9 billion to upgrade and modernize the electric transmission grid. The idea is to extend the grid to places it doesn’t reach now, and to make electric transmission much more efficient. The injection of federal funds has prompted a surge in proposals for new transmission construction projects. It’s also unnerved many communities because of the lands that would be disturbed and public concerns, none proven, that high energy transmission lines are a health hazard.

In Maryland earlier this month 80 people filled the Kemptown United Methodist Church in Frederick to express opposition to the Potomac Appalachian Transmission Highline, or PATH project. CAKES — Citizens Against the Kemptown Electric Substation – organized the meeting. Allegheny Power wants to build the substation near the end of a 275-mile, $1.8 billion joint project between Allegheny Energy and American Electric Power. The transmission line itself is the focus of an opposition campaign by the Sugarloaf Conservancy and other groups that view the line as unneeded, and an aesthetic intrusion.

In Minnesota, the a utility’s plan to build the Xcel Hiawatha powerline has run into a storm of public opposition, largely around potential health issues.

The New Jersey Board of Public Utilities and Pennsylvania Public Utility Commission have approved the project, but the National Park Service must also agree because the $1.2 billion corridor and towers would affect the Delaware Water Gap National Recreation Area, the Middle Delaware National Scenic and Recreational River, and the Appalachian National Scenic Trail.Citizens, led by local chapters of the Sierra Club, are fighting the proposal, citing what they say is a questionable need for the project, and that other solutions were available. Many opponents says the construction of the towers, as well as their long-term use, would negatively affect air quality, water quality, and the safety of the surrounding wildlife.

In New York state, environmental activists are closely monitoring developments around a proposal to build a 300-mile transmission line from Quebec to New York City that would be buried under Lake Champlain and the Hudson River. Transmission Developers Inc., a Toronto-based company, also is trying to build a 150-mile underwater transmission line from Maine to Boston that has generated significant public attention and concern.

Residents near Bowie, Texas are raising a ruckus about a proposed 345-kV electric transmission line crossing Montague County, and have asked that county’s commissioners for help. The proposed transmission line would be 135-150 miles long depending on the route approved by the Public Utilities Commission and covers eight counties. The new line is a response to the Texas Legislature’s directive in 2005 to expand wind power in the state, the largest generator of wind energy in the U.S.

And as I noted in yesterday’s post, reporting on opposition to big solar projects in the West, Los Angeles has dropped plans for a big transmission line to carry renewable from the desert to the city. The line prompted fierce opposition, which also resulted in cancellation of some renewable energy projects.

In Country’s Center, A Gale of Clean Energy Opportunity