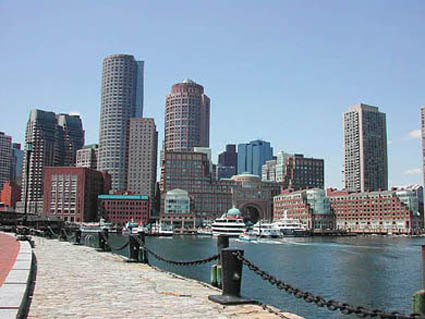 Outside.in is a Web site launched last year to gather the panoply of writers doing place-based blogging. The site is the brain child of Steven Johnson, a  prominent writer and blogger in New York who’s written five books and contributes to, among others, the New York Times Sunday Magazine. Johnson was helped by John Geraci, a social media specialist, and John Seely Brown, the former chief scientist of the Xerox Corporation and member of the board of Amazon and the MacArthur Foundation. Outside.in has done a good job of raising venture capital because its business strategy is to adorn the local reporting and commentary with local advertising. When I log in, for example, the page that pops up is an amalgamation of articles nominally linked to Grand Rapids that are contributed by bloggers as well as mainstream and new media sites.

A few days ago Outside.in posted its ranking of “America’s Top 10 Bloggiest Neighborhoods.” The number one position is taken by a Brooklyn neighborhood that I suspect is very close to Steven Johnson’s. The number two bloggiest neighborhood is the Shaw section of the District of Columbia. Neighborhoods in Portland, Chicago, San Francisco, Miami, and Los Angeles also make the top 10, along with two inner ring suburbs of Boston (see pix).  Outside.in said it based the analysis on the company’s close tracking of local bloggers in over 3,000 US neighborhoods during the past six months, and by measuring a number of variables: total number of posts, total number of local bloggers, number of comments and Technorati rankings.

As a promotion vehicle, the list is very creative. But as a measure of urban vitality, Outside.in’s Top 10 bloggiest corresponds closely with the consensus list of America’s top big cities as well. Urban vitality has long been measured by conventional 20th century standards — income growth, job creation, real estate values, crime and safety. New tools of measurement also are becoming more accepted — acres of parks and open space, miles of regional rapid transit, number of LEED-certified buildings and green roofs, ability to attract and retain college-educated young professionals. The Outside.in ranking suggests one more measurement of a metropolitan region’s superior quality of life: the number of place-based bloggers. After all, the richness of the human conversation also points to a place that people want to be.

2 thoughts on “New Measure of Community Vitality: Neighborhoods That Blog”