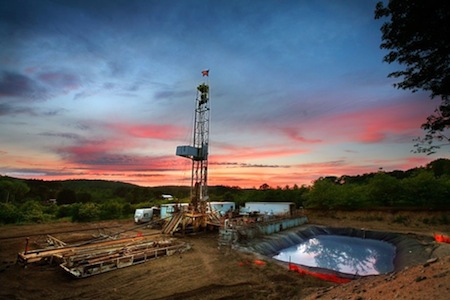 Since June 2010, Circle of Blue has pursued a comprehensive and ground breaking reporting project – Choke Point: U.S. — to understand the confrontation between energy production and fresh water supply. Circle of Blue, where I serve as senior editor, is a non-partisan, non-profit, online news organization covering the global freshwater crisis from our six-person newsroom in Traverse City, Michigan. You’ll see from the Web site that when it comes to serious original reporting on water, energy, food, law, and policy, we’re punching way above our weight.

Simply put, rising energy demand and diminishing fresh water reserves are two trends in dramatic collision across the country. Moreover, the speed and force of the collisions – what we call choke points — are occurring in the places where growth is highest and water resources are under the most stress: California, the Southwest, the Rocky Mountain West and the Southeast.

These regional energy-water choke points are getting tighter because the defacto national energy strategy is devoted to more production, particularly for unconventional sources of deep shale oil and shale gas, which use three to four times more water to produce a gallon of fuel or 1,000 cubic feet of natural gas than from conventional petroleum and natural gas reserves.

Moreover, not nearly enough attention is paid by federal and state governments or the energy industry to addressing water supply and distribution, the primary impediments. We found, in fact, that a far-reaching federal program of research and analysis, funded by Congress and designed to help the nation anticipate and temper the mounting conflict between rising energy demand and diminishing supplies of fresh water, has been brought to a standstill by the DOE.

The research program, known as the National Energy-Water Roadmap and ordered up by Congress as part of the 2005 Energy Security Act, was meant to provide lawmakers and the executive branch two studies of the impending conflict between energy and water. The program also explains what to do about the collision. The first, completed by a team of federal scientists in December 2006 and made public a month later, described the serious consequences the nation is already encountering, as the United States encourages more energy production, which is the second largest water-using sector, but gives scant consideration to water supplies, which are in retreat in most regions of the country.

Meanwhile, the second and final report that Congress commissioned-a comprehensive research agenda to better understand the nation’s energy-water choke points and begin developing real world solutions – has been held out of public view for more than four years. The DOE declined repeated requests for interviews about the reasons for keeping the report from publication.

Technical Basics
Scientists define water consumption by two basic measurements. One is how much water is withdrawn from America’s rivers, lakes and aquifers for domestic, farm, business and industrial use, most of which is returned to those same sources. The second is how much water is actually consumed in products, by livestock, plants and people, or evaporates in industrial processes.

In both measurements of withdrawal and consumption, energy is at the top of the charts. The United States withdraws 410 billion gallons of water a day from its rivers, lakes, aquifers and the sea. About half is used to cool thermoelectric power plants, and most of that is used to cool coal-powered plants, according to the most recent assessment by the United States Geological Survey (USGS).

Similarly, the country consumes about 100 billion gallons of water a day. Nearly 85 percent is used for crop and livestock production. Of the 16.1 billion gallons that remain, half is devoted to producing energy. That balance is tilting to more water consumption for energy production:

Findings
Among other details, Circle of Blue found: