Welcome to Mode Shift, a blog that chronicles accelerating transition in American life. Mode Shift looks at the economy, clean energy,  competitiveness of state and metropolitan regions, politics and policy, and the swift development of online communications and media. The focus is new forms, new techniques, the new rules of the game  in economic development and communications. I’m interested in change and how people respond to it. Never has change occurred as fast as it is today. I’m intent on applying to Mode Shift’s reporting and commentary nearly 30 years of accumulated knowledge and experience in writing about technology, government, business, transportation, agriculture and the environment. This blog, in short, is about evolution. And that also applies to the career of its producer, a journalist and public policy specialist, a non-profit executive and grass roots organizer, a smart and lovable guy who was raised on the East Coast, educated in the Mid-Atlantic, and lived in the Deep South, the West Coast, and Washington, D.C., before alighting here on the northern coast of Lake Michigan.

I came to this part of Michigan as a young man in 1990 and as a national correspondent for the New York Times. I began living here full-time as correspondent and resident in 1993. Not long afterward my new career as a public interest advocate began along the same route taken by thousands of other American environmental activists. Basically, it ran right past my doorstep.

In February 1994, just three months after I’d begun living and writing full-time as a New York Times national correspondent from a tiny cabin in the woods of Manistee County, a landman from the natural gas industry knocked on my door. The stranger said the entire region was the target for aggressive drilling. I joined a group of neighbors in forming the Michigan Communities Land Use Coalition (MCLUC) to make the case for energy development practices that were sensitive to the land and the communities that inhabited the land. MCLUC recruited local governments and other state environmental organizations as allies.

The work to bring reason to natural gas development quickly grew into the largest and most influential grassroots environmental advocacy campaign in Michigan. It also led to start of the Michigan Land Use Institute, which was based in Benzonia and formally incorporated on April 22, 1995, the 25th anniversary of Earth.

At the heart of the Institute’s distinctive approach to reasoned advocacy was an independent news desk, staffed by editors, writers, and designers that produced some of the best reporting in the country on land use, Smart Growth, energy development, transportation, urban development, local foods, and other subjects. During the 12 years that I spent at the Institute from 1995 to 2007, I served in almost every senior leadership position. I helped the organization grow to a peak of 21 staff members working out of Traverse City and four regional offices, and my work as a writer and editor helped to make Smart Growth the design standard for cities and suburbs across the country.

Since leaving the Institute I’ve expanded my work to include new specialities as a multimedia producer, communications specialist, and strategist. I’ve been recognized nationally as one of the leaders of a new dimension in environmental journalism made possible by technology, markets, urgency, and civic participation. I’m currently the director of media and communications for the US Climate Action Network, a coalition of 90 public interest organizations focused on solving climate change.

Prior to joining USCAN, I was director of communications for the Apollo Alliance, a coast-to-coast coalition of labor, green, business, and government organizations building a clean energy economy in the United States from its headquarters in San Francisco. I’m also the senior editor of Circle of Blue, a Traverse City-based online multi-media news organization reporting on the global fresh water crisis. And I am  a regular contributor to the New York Times, Grist Magazine, and Yale Environment 360, as well as an online communications, infrastructure, and message specialist who consults with for-profit and non-profit businesses and organizations across the country.

There were innumerable ways in 2007 to start Mode Shift, but the most appropriate was to begin in Buckfield, Maine, a cross road town in the woods about 80 minutes north of Portland. Buckfield’s been around since the early part of the 18th century. Still it’s entirely safe to note that never in the hamlet’s history has it encountered anyone quite like Fritz Grobe. I met Fritz last week at the door to his home, which is easy to find on North Buckfield Road. It’s the one with the rows of empty 2-litre bottles of Diet Coke on the stoop.

You probably never heard of Fritz, even though in the early 1990s, when he was in his 20’s, Fritz won five gold medals in international juggling competitions. And if you haven’t heard of Fritz, you certainly never heard of his partner, Stephen Voltz, a 49-year-old lawyer who practiced in Massachusetts before striking it big with Fritz last summer in the world of viral video. Still, you may have seen “Experiment 137,” the video Fritz and Stephen (Fritz on left, Stephen on right in pix) produced to explore in frothy glory what happens when Diet Coke and Mentos mints mix. Last summer, on June 3, Fritz and Stephen completed their new EepyBird.com Web site and posted Experiment 137. Stephen then emailed his younger brother, David Voltz, who lives in San Francisco, to tell him about the site and the video. David emailed a friend, who emailed another friend, and before the end of the day the video was posted to Fark.com, an influential Web agregator site, and Eepybird.com had 14,000 page views. On its first day. 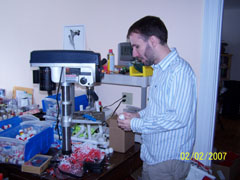 The next day someone posted Experiment 137 to Slashdot.org, an important technology site, and tens of thousands more viewers tapped into the video. On Monday, a producer who’d seen the video on a German technology site, called from the David Letterman Show and invited the EepyBird duo to perform on national television. Their lives haven’t been the same since, nor has the infant business of selling entertainment on the Internet. A full account of EepyBird’s contribution to the online entertainment space appears in the February 20, 2007 edition of the New York Times, which sent me to Buckfield. 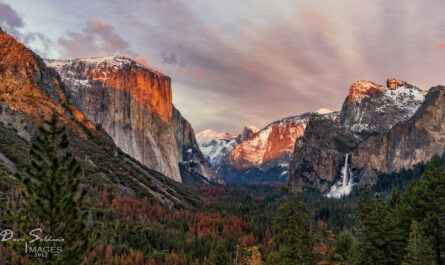