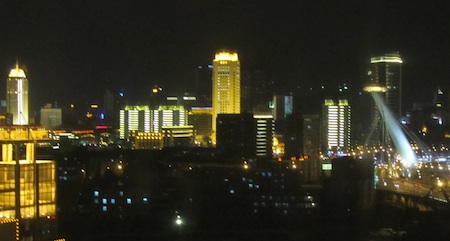 TIANJIN, China — I’m in Tianjin, China today (see pix above) and for the next week to report on the UN Climate Conference, the first ever held in China. I spent much of the day in a Climate Action International meeting with activists from around the planet, though there were many fewer here than attended the UN climate meetings in Barcelona and Copenhagen last year. Everybody is talking about steps forward and preserving the UN negotiating process, a much different message than the big breakthrough that seemed possible in 2009. The American NGO, U.S. Climate Action Network, where I serve as a senior writer, has scheduled a number of events, including a briefing on China’s coal production and consumption, that will be useful.

The world rightfully views China as the leading force in what could turn out to be the Chinese century. Who really knows since its 2010 and early. Still Warren Buffet and Bill Gates were in Beijing last week talking to China’s growing number of billionaires about philanthropy. The Hurun Rich List, the Chinese equivalent of the Forbes 400, counts 400 to 500, more than in the U.S., according to its director. Last week China launched its latest rocket, testing its ability to circumnavigate the moon in preparation for an unmanned moon landing in 2013. I rode the bullet train here last night from Beijing at 330 km/hr or 205 mph. LED manufacturing in China encompasses 3,000 companies and very clearly, if you arrive here at night to see Tianjin’s modern buildings outlined against the dark sky, the city’s developers are enamored with the technology. The Shanghai Expo that got underway on October 1 is based on a theme this year of metropolitan sustainability — clean energy, transit, conservation, parks, and energy efficiency.

If you have the idea that China is on a roll, a few days immersion here just confirms it. On the other hand, it’s not hard to find the burrs in the machine of progress. The sun is still cloaked more times than not in thick air pollution. The country is planning to triple coal production even as it touts progress in clean energy development. Millions of China’s urban residents rid bodily wastes and shower in closet-sized and mold-ridden combined bathroom units that most American campgrounds wouldn’t tolerate. The glaciers of the Himalayas, China’s primary southern water source, are melting faster than the Arctic. And Chinese industry is dangerous and dirty. Last week a mine supervisor in Shanxi Province, in China’s north, received a suspended death sentence for conspiracy, bribery, and other crimes associated with the rupture of an illegal iron ore tailings pond that unleashed a toxic flood and landslide that killed 277 people in 2008.

Let’s just say this week is going to be intensely interesting. 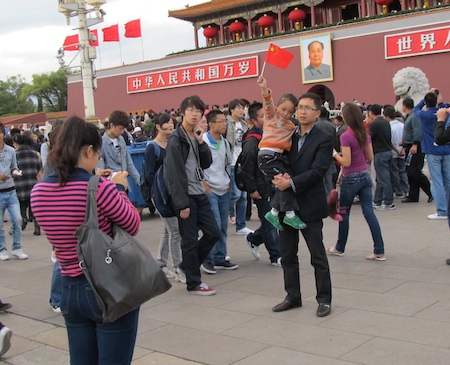