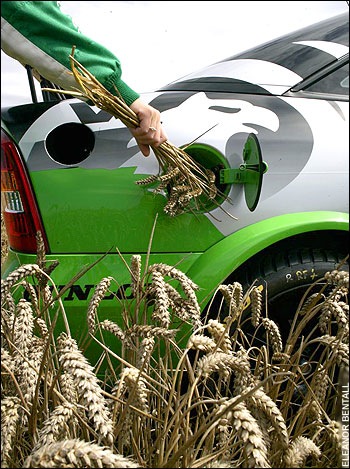 PITTSBURGH — A long time ago as a young reporter in Pennsylvania I attended a conference in Philadelphia that focused on the ties between jobs, the environment, and the economy. Essentially, said speakers from the state’s environmental community, there were more ties linking working people and environmentalists than hindrances. It was a novel thought then. It’s less so today. In fact, given the rising cost of energy, the threat of global climate change, and dwindling manufacturing and industrial jobs, the gathering strength of the labor and environmental alliance seems almost natural.

Today I’m attending the first of the two-day Good Jobs, Green Jobs conference here in Steel City. There are nearly 800 people in attendance, about roughly split between labor and green, with an important smattering of business executives. What’s remarkable about all the various words and phrases and proposals flying about here — words like efficiency, clean energy, renewable energy, prosperity, transformation, and jobs — is how this economic strategy has so clearly attained a non-partisan frame and an air of inevitability. Who of a right mind can disagree with the idea that in the vast economic transition occurring here and around the world lies the tremendous opportunity to make money, save money, develop new technology, and open new service and industrial sectors that offer good paying jobs? The presidential nominees from both parties are using the same words to describe this new path.

There’s no end to the barriers that will slow progress. For one, there aren’t many lawmakers in state Legislatures or in Congress, Republican or Democratic, willing to switch the spending priorities of the billions of dollars they control in public treasuries. Yet it’s those public funds that are essential to catalyze some of the research and development that is necessary to fill in the gaps in our knowledge, and the holes in the market that can propel development of new tools. There’s also no assurance that the unity about energy that marks this moment will be with us in five years.

Katrina Landis, the chief operating officer of BP Alternative Energy, reminded a plenary session today that three times since the 1970s Congress has promoted the tax credits and subsidies that leveraged new developments in renewable energy nationally, and three times Congress also has let those credits expire. She added that if Congress does not renew the production tax credits that are currently in effect, it will cost the United States economy $19 billion and over 116,000 jobs.

Carl Pope, the executive director of the Sierra Club, took a different tack to the same point. He noted a conversation he had with Jack Welch, the former chief executive of General Electric, who said that GE’s business was largely dependent on new jet engines that were constantly being redesigned, and by the sale of two other major products that hadn’t been substantially redesigned for decades — power plants and light bulbs. The technology for the first is 50 years old, and the technology for the second is 100. In sum, Carl argued, energy production and use is the least innovative sector of the American economy. His suggestion: redesign energy markets to prompt innovation and high performance.

Today, the Apollo Alliance, which now employs me as communications director, released a new guide for cities to take advantage of the potential for green jobs. Take a look at Green-Collar Jobs in America’s Cities.