It’s the nutty season here in the first weeks of spring. The purebred chicken scratch hill billy hound dog puppy that I picked up off the highway in southern Virginia almost 18 years ago decided she’d had enough and wandered off two days ago and vanished. It’s been snowing here in Michigan’s great white north for more than a week. Over the weekend I shoveled nine inches of snow off the deck and driveway and it’s colder than it was in January when my daughter and I, both of us wearing shorts and long tees, ran in the forests near the Betsie River.

And now gas prices are $2.86 a gallon and rising. In northern Michigan, like almost every other rural area, we feel that price right away. Wages are stagnant here. The cost of living is rising. Thousands of people drive long distances to work, sacrificing their time in exchange for living in a home they can afford. Our public transit agency is doing a better job, and soon we’ll have an express bus from my home in Benzonia to Traverse City. But most people drive to their jobs, often 50 to 80 miles round trip. When you’re making $80 a day after taxes — a pretty typical wage here — and fuel costs $10 a day, the price of gas is an issue.

When gas gets this high it gets a lot easier to make the case that we need to think more clearly about community design and the much different energy era we’ve entered. Kurt Vonnegut, the writer and humorist who died yesterday at age 84, once summed the problem us this way.  “We are all addicts of fossil fuels in a state of denial, about to face cold turkey.”

Those of you in other states who’d like a short primer in the cruel consequences of failing to face up to the future need only look at Michigan. Its budget is $1 billion in the red and getting worse. Only Mississippi had a higher unemployment rate in February. Mortage foreclosures top the nation. The Republican legislature last year eliminated a $2 billion business tax and are now intent on draining more money from public education and the state’s universities. The Democratic governor, despite one of the largest election margins ever for a Democrat in a statewide race, seems helpless in pushing for a new direction. The auto-dependent economy, land gobbling patterns of development, and way of life here in the Motor State are  obsolete. Yet one of the clearest messages out of Lansing is offered by the road lobby, which argues that the best way out of the mess is more of the same: Raising gas taxes to build new roads. This in a state that has a public transportation system so poor that it takes 10 hours to get from Ann Arbor to Traverse City — a 250-mile, four-hour car ride. Michigan ranks 49th out of 50 in its ability to retain educated young people, and is among the slowest growing states.

Fortunately, all states aren’t as inept. The good Mormons of Utah, for instance, embraced sound land use planning and efficient community design long before they landed on the shores of the Great Salt Lake in the mid-19th century. The 21st century metropolis at the foot of the Wasatch Front that they are now developing is being stitched together by energy-efficient, cost-effective, gas-saving light rail and heavy commuter rail lines. Last November voters approved a measure to raise their sales taxes to accelerate construction of four new lines, a total of 26 miles, to add to the existing 19-mile light rail system. Next spring, the Utah Transit Authority opens a nine-station, 44-mile heavy commuter line running north from Salt Lake City. And 44 more miles running south could open as soon as 2014.

The land around the existing 23 transit stations, and the coming nine new ones, are becoming magnets for new housing, business and retail developments that are reachable by train, car, bike, and on foot. The new residents of the planned development at the Farmington station, for instance, won’t be nearly as worried about the price of gas regardless of how high it rises. They can use the train to get to work in Salt Lake City 13 miles away, and operate a single vehicle instead of a fleet, the way we need to do in northern Michigan.

Many families here, including mine, spend more on vehicles, fuel, insurance, and maintenance than they do on any other monthly expense, exceeding the cost of housing.

It’s not going to get easier. The sharp rise in gas prices over the last two weeks comes amid news that oil production in the  Cantarell field in Mexico, the world’s second largest by output, is falling dramatically. According to Supply Chain Digest, one of the Internet sites I pay attention to on this issue, the Cantarell field has seen its daily production rates drop by 20 percent over the last year, what Supply Chain says is “an incredibly rapid decline. It is now producing about 1.6 million barrels per day, down from two million a year ago.”

“Pemex, Mexico’s national oil company, is applying some new technology to the field, and hopes to stem the slide in barrels per day as a result. Even so, production from Cantarell will decline to 600,000 barrels per day by 2013,” said Supply Chain.

The Wall Street Journal also reported last week that: “Two decades ago, about a dozen fields produced more than a million barrels a day. Now there are only four, one of which is Cantarell. The future of two others, discovered more than 50 years ago, remains in question.”

Michigan is desperately far behind in the work to prepare for the era of $4 a gallon and $5 a gallon gas, which is imminent. Look at California, where Los Angeles, San Diego, San Francisco, and Sacramento all boast good rapid transit systems that were built over the last generation. The state’s cities are growing more dense and more compact, even Los Angeles, which by various measures is the most densely developed city in the country. The state, by the way, achieved new patterns of development and a healthy economy.

A last thought. Residents and state officials in car-happy California recognize that there is waning civic energy for more damaging highways. Neither California nor any other state can afford to build its way out of congestion. There aren’t a whole lot of people left who think more highways, more parking lots, more cars, more sprawl is a good thing to do. There is much more popular support for repairing existing roads and building more compact, environmentally-sensitive, walkable places to live. And people want to build rail transportation that is fast, convenient, affordable, and much cheaper than driving.

Last November California voters overwhelmingly approved more than $30 billion in new state spending to achieve that vision. The Rebuild California plan calls for $12.25 billion to repair and modernize highways, not build new ones, and $4 billion for light rail, commuter rail, and bus improvements. Talk about investing in the future. 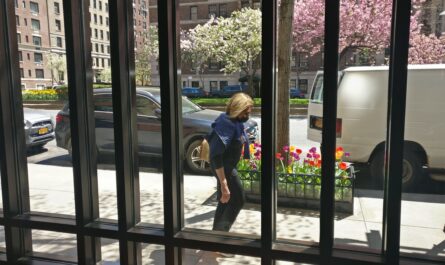