Ryan Burke is a student at the University of North Carolina who until Valentine’s Day this year rolled through his undergraduate career in a veil of unmistakable obscurity. But this is the age of social media, when ubiquitous video cameras, email, and the Internet can vault creative instinct to unimaginable heights of notoriety. YouTube, Facebook, MySpace, and legions of video file-sharing sites have enabled young people to reveal, expose, share, and broadcast every aspect of their lives. Social media is responsible for great poetry, deep textual conversations, as well as Girls Gone Wild. 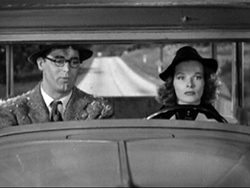 Burke knows this and put the anything goes culture to work last month to prove a personal point about trust, fidelity, a boy’s wounded heart, and the power of public exhibition. He confronted his girfriend, who he’d learned had been cheating on him.

It wasn’t so long ago that such knowledge was confined to a close group of personal friends. But like a 17th century Puritan, Burke made his ridicule and anger known on the technological grapevine, posting a message on Facebook about his plan to conduct a public dumping. The scene of graceless personal petulance and community condemnation that unfolded in The Pit before some 3,000 other students was simultaneously ugly and impressive.

It revealed the power of social media to inform, recruit, motivate, inspire, entertain, and disgust.  It is that kind of ubiquitous influence that makes social media such a new and critical part of the nation’s evolving political, economic, and cultural geography.

Mode Shift News and the Net

3 thoughts on “Flip: Scarlet A With Invitations in Age of Social Media”