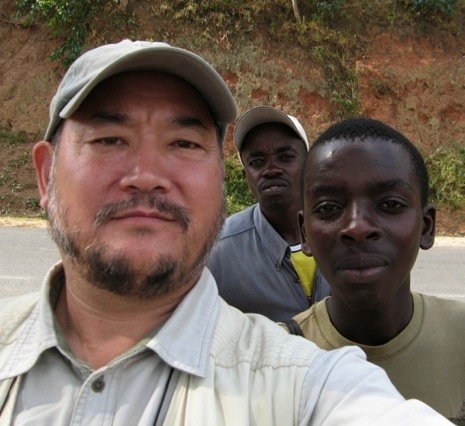 My new MacBook has a video camera and communications features (okay, don’t laugh all you Apple freaks) that enables me to dial up sources on Skype and also see who I’m talking to on my screen. On Friday morning I used these tools to interview John D. Liu, an American-born videographer, soil scientist, and founder of the Environmental Education Media Project for China, a 10-year-old environmental organization based in Beijing. My questions concerned the growing frequency and strength of sand storms that start in Mongolia and Inner Mongolia and sweep across east Asia, closing airports, and filling the air of Chinese, Korean, and Japanese cities with stinging clouds of sand, and choking dust.

Inner Mongolia, the largest contiguous grasslands on earth, is rapidly turning to sand. Mr. Liu described the source of the dust storms as increasing “dessication from devegetation,” the causes of which are “water management disruptions.” In other words a steady progression of bad policy decisions, increasing industrialization, and much larger numbers of subsidence farmers and herders are changing how available moisture is absorbed, making it much harder for dry and sensitive land to generate grass.

Northern China is not only the new global Dustbowl of the 21st century, it also is an indicator of how the massive economic development that has improved the lives of 400 million Chinese is producing conditions that could lead to a biological collapse unlike anything ever seen in human history.

Mr. Liu (see pix) was born in Nashville, raised in Bloomington, Indiana, and has lived in China since 1979, when he helped to open the CBS News bureau in Beijing. He left after 10 years to turn his video skills loose to help solve some of the global problems he encountered in an international reporting career that has taken him to over 50 countries. He’s since become a doctoral candidate in soil science at the University of Reading in England, and a well-known film maker, reporting on environmental issues for a number of European television stations.

Given my own history of deploying reporting and communications skills in pursuit of public interest goals I felt an immediate kinship. On Friday morning, in a personally compelling display of applied technology, our paths intersected. Mr. Liu sat at the desk in his Beijing study near midnight. I was my Traverse City office at the start of the day. Thirteen hours lay between us, yet we were linked by video cameras, computer screens, online servers and a common interest in trying to make complex issues easier to understand. Two veteran journalists using advances in environmental science and communications know-how to do what we do: learn from each other and tell stories.

“I think the hardest thing is to deal with the depressing information,” he said. “Right now there is little to gain from pulling punches.  We need to see exactly what has happened ecologically and deal with it.  It can be done but only if we face it quickly and accurately.  Putting off rebalancing the human relationship with the earth makes everything much worse.”

Somewhere in our micro human interaction, made so easy and so inexpensive by deft use of computers and software, lies the germplasm of knowledge and sharing that can be replicated. It was a 21st century experience, one that gives me hope.