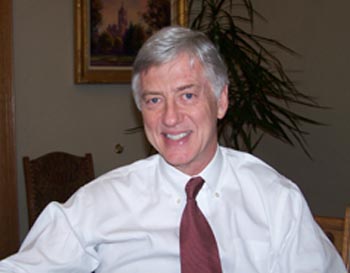 Leighninger’s “deliberative groups” are the same thing as “convening groups,” my term for describing the new alliances of untraditional allies that are forming serendipitously across the country. These convening organizations, which differ in their form and function from traditional civic groups — chambers of commerce, rotary groups, Lions Clubs, and the like — arise out of the need for communities to find a way to negotiate the conflicts that too often occur at the intersection of politics, commerce, and advocacy.  Their role is to help resolve big public interest issues — like traffic congestion or rapid transit or affordable housing — that cross jurisdictional boundaries and the lines between the public and private sectors.

In their form and function, convening groups are entirely an artifact of the 21st century. They are needed because government by itself, at every level, is incapable of efficiently achieving big ideas. And the new communications technology — blogs, email, Web sites, chat boards — provide convening groups wtth the ready means to communicate with themselves and to engage in dialogue in real time with folks in their communities.

I first recognized convening groups in Michigan. The West Michigan Strategic Alliance in the Grand Rapids region, which represents businesses, local governments, farmers, neighborhood groups, environmentalists, and others, formed to prevent the region between Michigan’s second largest city and Lake Michigan from becoming the Midwest’s version of Los Angeles.

In Traverse City, the Land Use and Transportation Study Coordinating Group is 34 representatives of local governments and civic organizations formed out of a hotly disputed proposal to build a highway and bridge across the Boardman River. The group is now managing a $1.36 million federally-financed scenario planning project to develop the reasoned alternative to the highway.

Here in the Salt Lake City region, Envision Utah formed in the 1990’s to help growing suburbs bring order and environmental sensitivity to third-world growth rates. An ally has been Salt Lake City’s two-term Democratic Mayor Rocky Anderson (see pix), who’s administration has been defined by Anderson’s insistence that the city take the lead nationally in curbing the production of global climate change gases. The city’s single-minded pursuit of that goal, coupled with Envision Utah’s trend setting program of land conservation and growth management has made the largest region in the most conservative state an unexpected model of how to build a clean, green, land-conserving, and prosperous new economy. It’s really something to see.

Cities Punch Above Their Weight Economically

One thought on “Talk, Talk, Talk: In Regions It Works”