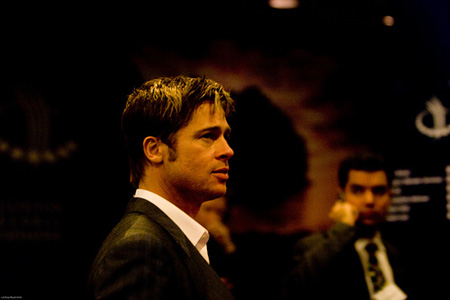 NEW YORK — This morning at the opening session of the Clinton Global Initiative, Lee Scott, Wal-Mart’s chief executive, explained to hundreds of international leaders why his  corporate behemoth, one of the iconic companies of this age, has very quickly embraced environmental sensitivity and energy efficiency as a business strategy. It’s all about the benefits that occur when you “straighten the noodles,” he said.

Specifically, Mr. Scott described what happened when Wal-Mart asked executives at Betty Crocker, the makers of Hamburger Helper, to join its effort to be greener and more sustainable. Hamburger Helper responded, he said, by making its half moon noodles straight. That simple change, Mr. Scott said, reduced the size of Hamburger Helper packages, enabled more packages to fit into trucks, reduced substantially the number of truck shipments, saved energy, and reduced global warming gases. “It’s basic good business practices that ultimately cause the price to go down,” he said.

Well, how do you do. It’s not as though environmentalists and green economists, Paul Hawken in particular, haven’t noted the convergence of environmental and economic values for at least 35 years. Nor is it unusual for a chief executive of a company as notoriously ill-suited to advancing the public interest as Walmart to seek a green halo to improve their public image. But Mr. Scott’s focus on sustainable business practices appears genuine, and it’s due to the economic sense such a path makes to Wal-Mart. “What has shocked us is that there are benefits far beyond what we imagined,” he said.

A second program of note today was Angelina Jolie’s appearance on behalf of global education for children of poverty. The Jolie-Pitt collaboration is well represented here. Earlier today Brad (see pix) anounced a $5 million commitment to build new housing in New Orleans. Then this afternoon Ms. Jolie (see pix)stepped to a podium at the New York Sheraton amid a strobe flash firestorm and explained the partnership she’s built during six years of globe trotting on behalf of the world’s refugee children. Her project, Children of Conflict, combines 18 organizations globally to educate children, including Nike and Microsoft.

I haven’t attended many news conferences featuring Entertainment Tonight superstar celebrities. I was impressed with Ms. Jolie’s intellect and poise. She has clear command of her subject, the result of a global travel schedule that Nicholas Kristof, the New York Times columnist, said today was more active than most UN Secretaries General. President Clinton today commended her work on an American initiative for childhood eduction. Her message was straightforward. “Just a few hours of spending in Iraq would send 150,000 children to school,” she said. “We have to get our priorities in order.” 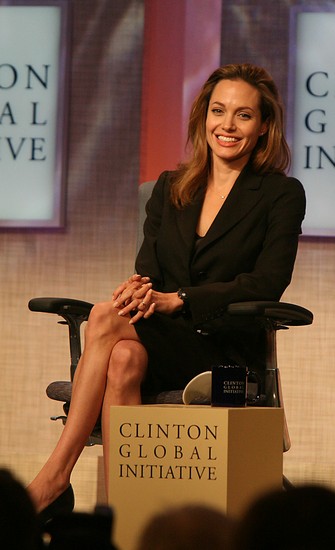 The Sun, the Wind, and the Promise of Ohio’s Clean Energy Development

2 thoughts on “Straightening The Noodles at Clinton Global Initiative, Plus Jolie-Pitt”