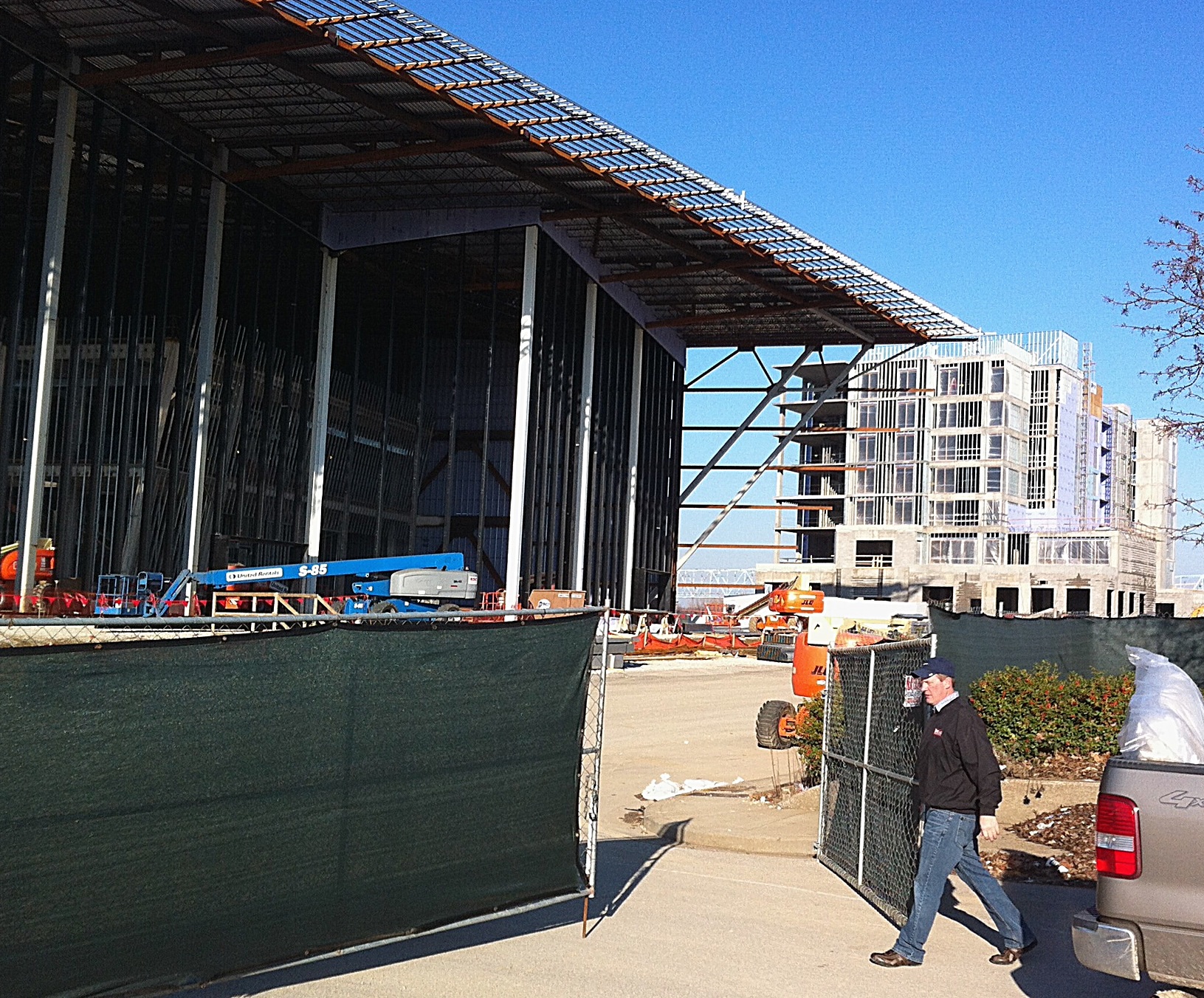 OWENSBORO, KY — When it’s completed next year, the 169,000-square-foot, $48 million convention center under construction in this city of 57,000 will arguably be the most striking architectural achievement on the Ohio River. With its angles and glass and cantilevered roof, the convention center dwells atop a high river bluff like a palace to the future. Which is almost precisely what it is.

Almost two years ago I first set foot in Owensboro to undertake a research project, What’s Done, What’s Next, to suggest new steps the city could take to ensure its prosperity and quality of life this century. I visited for a week a month from May 2011 to October 2011, releasing a study for Citistates that suggested achievable steps — like making it easier for women to participate as elected and civic leaders — that would strengthen the bones of a city that already was a pretty nice place to live and do business. I noticed straight away that the city’s elected leaders participated well with county leaders in pursuing projects of importance, like an $80 million tax increase to develop downtown Owensboro. The new tax was approved in February 2009, in the face of a deepening recession and in a region that had shifted from pragmatic Democratic Senator Wendell Ford to Tea Party conservative Senator Rand Paul.

Owensboro’s new convention center was paid for with those “prime-the-pump” public funds. Other public money went into a new five-acre riverfront park, streetscaping, and other infrastructure. That, in turn, prompted private investments, including the seven-story, 151-room Hampton Inn under construction next door to the convention center, a new office building across the street, and a 120-room Holiday Inn that’s planned for the downtown convention center district.

I also had the chance to travel along the Ohio River, reporting for The New York Times, Circle of Blue, and ModeShift on the surprising bounce in the economic step of a six-state river corridor that had been the belt in the Rust Belt. This month two more of those reports were published in the Times.

The second, a report from the Utica shale gas fields of Ohio, found that many of the nation’s biggest natural gas development, processing, and services companies are investing billions of dollars in the infrastructure to prepare and transport the state’s gas reserves to market.

I want to add a note here to ModeShift readers. It’s been too long since my last post in January. My schedule has been consumed with reporting on energy, food, and water from China, India, across the United States, Ontario, and Ohio. The results of that work will appear with more regularity here.