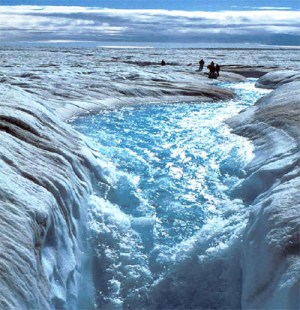 Following a 90-minute White House meeting Tuesday on climate and energy legislation with a bipartisan group of senators and President Obama, Senate Majority Leader Harry Reid emerged to issue this assessment: “The President led a spirited, productive discussion this morning about how to move forward on clean energy legislation. Our caucus is energized on this issue and our resolve to act on energy legislation this summer remains strong.”

In holding the meeting, the president and his advisors were seeking two outcomes. The first was to build momentum, especially in the news media, to establish a sense of political inevitability about passing what the White House called a “comprehensive” bill. The second was for President Obama to personally address Republican opponents and determine where the G.O.P. might compromise.

“The President told the senators that he still believes the best way for us to transition to a clean energy economy is with a bill that makes clean energy the profitable kind of energy for America’s businesses by putting a price on pollution,” the White House said in a statement. “Because when companies pollute, they should be responsible for the costs to the environment and their contribution to climate change.”

Big Change in Positioning
A year ago, when the House passed comprehensive climate and energy legislation that included a cap on carbon emissions, Speaker Nancy Pelosi and Representative Henry Waxman did not need nearly as much assistance from President Obama as Senator Reid does now. The president, though, has taken care since his May 25 meeting with Senate Republicans to alert the nation to a new “national mission,” and his resolve to “get something done this year.”

Republicans, meanwhile,  resist pricing or capping carbon, calling it a “new energy tax” that they assert will hamper the economy. That’s an inane argument. The real and much higher tax on the economy and citizens is doing nothing about energy and climate. The costs of stasis couldn’t be more damaging or visible. Millions of Americans are jobless. Housing values and vehicle sales have tumbled 40 percent from their 2005 peak. Life savings have been cut a third or more.

Doing nothing also means Americans are more vulnerable than ever to energy supply disruptions and price shocks that will really cripple the economy.  Just like the BP Gulf disaster, now in its 73rd day, there is a palpable sense of national unease and frustration about the country’s pathetic capacity to fix itself.

Just In Time for July 4, A Big Political Fight
So as the nation celebrates its 234th birthday, both sides in the climate and energy debate have done what Washington loves best. They’ve drawn clear battle lines. The president, motivated by a monstrous spill and the political opportunity presented by a senior Republican lawmaker’s gaffe-for-the-ages formal apology to BP,  believes he can achieve a substantive new policy for accelerating the transition to a low carbon economy. The mainstream and online media, once plainly doubtful, now sense that a big change is possible.

Even Senator Reid, who’d all but discarded the idea of considering a comprehensive bill this year, called out the Republicans after Tuesday’s meeting to join Democrats in responding to a national crisis. He urged his colleagues from across the aisle to “step up and demonstrate the same commitment and leadership on this issue that Democrats have.”

“Our resolve to act on energy legislation this summer remains strong,” said Senator Reid.   “We understand that the cost of inaction is high – the continuing disaster on the Gulf Coast is the latest glaring evidence that our current energy strategy is unsustainable.”

Job One In U.S. and China: Perpetuate The Fossil Fuel Economy